How to Spend 24 Hours in Weimar 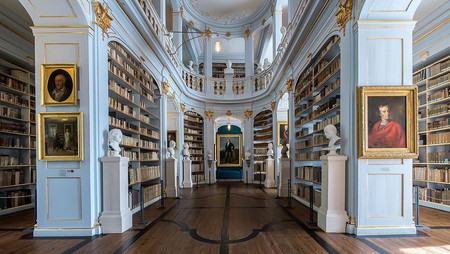 Weimar in Germany’s state of Thuringia is a city of both great cultural and historical importance. Known as the place where Germany’s first democratic constitution was signed, an intermittent home for Goethe and Schiller and beautiful historical buildings throughout, twenty-four hours will only allow you to scratch the surface of it all, but it’s definitely enough to get an overview of the most notable sights. Here’s our itinerary for a day in Weimar.

Having breakfast at Café Residenz is a must and the perfect way to kick off your day. As Weimar’s oldest surviving coffee house, the café looks back on nearly 180 years of history and boasts the atmosphere of a traditional Viennese coffee house. The breakfast menu is composed of readily designed platters of bread rolls, sandwich meats, cheese, spreads, fruit salad, muesli, eggs and more, as well as individual items from which you can create your own.

The morning hours of your day are best spent exploring the meticulously reconstructed Old Town. All major sights are within walking distance from one another, and you can simply follow your nose around the maze of cobbled streets and alleys. 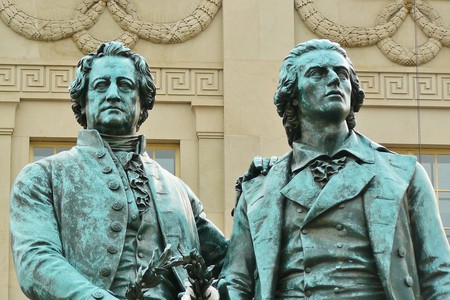 Your tour will eventually lead you the former homes of Schiller (€8) and Goethe. Both are well worth stepping into to have a peek into the dedicated museums that depict the life and works of each of the playwrights. You will re-encounter both once you reach the plaza outside the national theatre. The Goethe-Schiller Monument is probably the most photographed spot in Weimar.

Schloss Weimar (€5.50) at the western fringe of the Old Town is worth the visit as well. The city palace was one the residences of the city dukes, and today the beautiful rooms house a collection of paintings from the 16th to 19th centuries. Take a detour through the vast parklands of the Park an der Ilm that stretch out behind the museum and past Goethe’s garden cottage (€6.50) where he wrote his famous Erlkönig poem.

As you reach the Old Town, it’s time to tick one last highlight off of the list before you get some lunch. The Duchess Anna Amalia Library contains more than a million books, manuscripts, maps, ancestral registers and musical scripts, among which is the world’s most extensive collection of Goethe’s Faust and a notable Shakespeare collection. The literary wealth put aside, the library buildings are an architectural treat, with the stunning Rococo Hall in the historic building taking the lead. It’s important to note that the number of visitors allowed in the library daily is limited, so if you’re keen to go, make sure to book your tickets in advance.

Your next stop is Weimar’s market square. Overseen by the Town Hall and the colourful façade of the Cranach House, the plaza makes for a great lunch setting. If you eat meat, you’re in luck because can try one of the best local specialities right there and then: Thuringian grilled sausages, or Rostbratwurst, topped with mustard. A good bad-weather alternative with vegetarian options is the bakery Stephan Rose which is not far from here and has pastries, cakes and sandwiches. 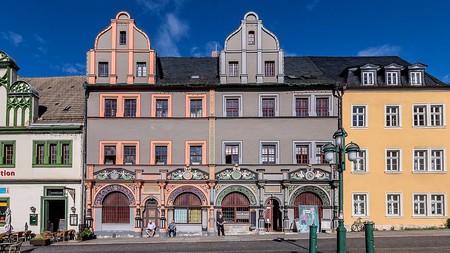 A trip to Weimar would hardly be complete without a stop at the Belvedere Palace (€6.50). The former summer residence of the ducal family is a bit out of town but can be reached by bus number 1 within 15 minutes. While Vienna’s Belvedere Palace served as the model for the Baroque building, the Russian gardens were inspired by the Pavlovsk Palace grounds in St. Petersburg. Inside, the lavishly decorated rooms are home to glass art and porcelain, weaponry from the late 17th and 18th centuries, as well and French and German furniture from the same period.

Take your time to explore Belvedere Palace before you head back into town. Spend the rest of the afternoon browsing the boutiques and speciality shops of the Old Town. If you want to bring home an authentic souvenir, keep your eyes peeled for anything with a ginkgo leaf printed on it – tea boxes, shirts, jewellery or home décor. The reason? Goethe’s poem Ginkgo Biloba. 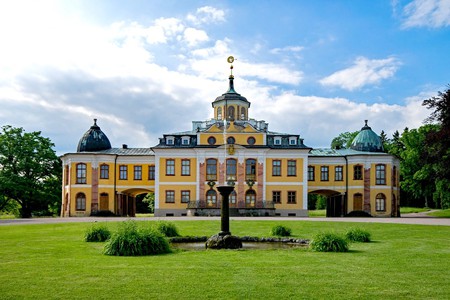 After a long day of sightseeing, the evening offers the opportunity to sample more of the Thuringian cuisine that is renowned for sausages – as we have learned – beef roulades, potato dumplings and other hearty foods. Across town, there are virtually countless gastropubs and restaurants that prepare regional dishes. Anno 1900 is probably the most popular eatery for its mix of international and regional cuisines. Their main courses range from grilled salmon and roasted wild boar to gnocchi with gorgonzola sauce. If you’re in the mood for a fine dining experience, you want to make a reservation at the Michelin-starred gourmet restaurant Anna Amalia, which is situated in the luxury Hotel Elephant that once put up Goethe and Schiller, Thomas Mann and Tolstoi.

Chances are, there’s something on after you’ve finished dinner, from live music at Beatcorner, a student-filled club night at Kasseturm, or a cheerful get-together over a few pints of Guinness at the Smugglers Irish Pub.