How to Spend 24 Hours in Trier, Germany 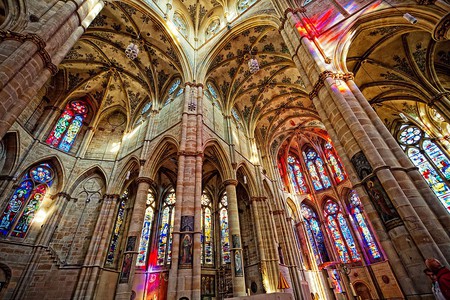 As one of Germany’s oldest cities, Trier is awash with relics of the Roman Empire. Many of the remaining sites have earned UNESCO World Heritage Site status and are preserved for generations to come. A day trip to Trier involves diving into the fascinating history and exploring the architectural treasures but also sampling some of the excellent food and wines the region has to offer. Here’s an itinerary with ideas on how to spend 24 hours in Trier.

A sumptuous meal is key to start a day full of sightseeing. Many of the city centre cafés dish up a typically German breakfast of a bread roll topped with cheeses, spreads and sandwich meats, eggs and freshly brewed coffee. Alternatively, you can always grab a bite on the go at a supermarket or bakery. 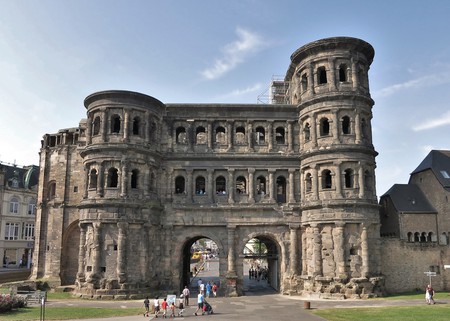 Let’s start the tour with the city’s most famous landmark. The Porta Nigra, a Roman sandstone gatehouse constructed of more than 7.000 individual rocks which dates back to 180 AD. If you want additional information on Trier and its sights, pop into the next-door tourist information centre before you move on.

Trier’s city centre boasts a number of beautiful churches, and whether you’re a religious person or not, the architectural finesse will set you in awe. At the beginning of the 4th century, Emperor Constantine I commissioned Trier’s St Peter Cathedral. The church has survived the quarrels and ravaging wars of past millennia and ranks among the world’s oldest still-standing churches. While the Roman structure is still visible, centuries of alterations and expansions have incorporated Gothic, Baroque and Romanesque elements throughout.

Germany’s oldest Gothic church is right across the road from here. Construction of the Church for Our Lady began in 1230 and completed some 30 years later. The floor plan is almost circular and resembles a twelve-petaled rose. When the sun shines through the glass-stained windows and bounces off the bright sandstone columns, the whole interior lights up in rainbow colours.

A short walk takes you to church number three, the Constantine Basilica, or Aula Palatina. Initially built as an imperial palace, the building was repurposed as a Protestant church in 1856. The bare interior impresses with sheer size. The Aula has a 33-metre-high (108 ft) ceiling and measures a whopping 67 metres (220 ft) in length.

From here, a stroll through the ornamental Palastgarten park takes you to another one of Trier’s World Heritage sites. The Imperial Baths were part of the plan to construct a palace district, but halfway through, their construction was put on hold and never completed. In subsequent years, the complex served a number of purposes from fortress to monastery. Some of the remnant walls soar 19 metres (62 ft) into the sky and are considered the largest Roman bathhouses north of the Alps.

It’s time to freshen up and considering you’re close to one of Germany’s best wine regions, why not book yourself in for a wine tasting. Weinstube Kesselstatt is located at the heart of Trier’s old town and offers tastings all day from Monday to Friday. The price point for up to five people is €150 ($184) and includes a tour of the premises, wines and a baguette to snack on. Food-wise you have the option of sandwiches, soups and salads and a variety of fish and meat dishes. 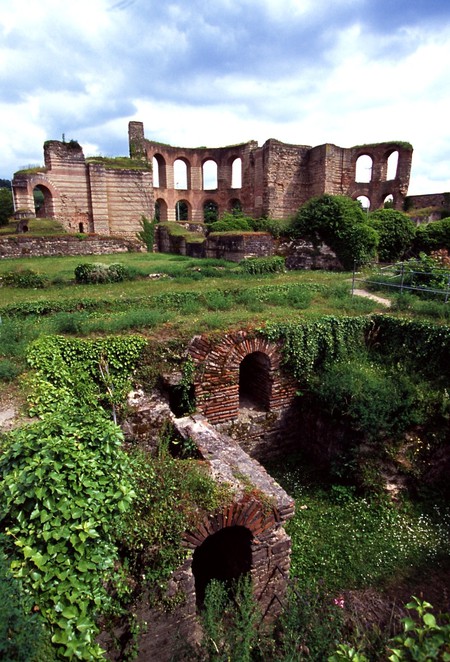 If the weather plays along, it’s well worth considering venturing out of the city centre to the Roman amphitheatre which was the scene of gory fights between gladiators and animals. During your visit, you can explore the stands where the 18.000 spectators were seated, the cages where animals were held and the rooms where men spent the nerve-wracking hours before a fight.

Continue your walk a bit further and up the Petrisberg vantage point. The hilltop grants panoramic views of Trier and the sights you visited earlier in the day and is a great spot to watch the sunset before you head to dinner and say your farewell to the city.

There’s no better way to round off a jam-packed day of sightseeing than by indulging in the local cuisine. The Wirtshaus Zut Glocke offers just that.

Part of a hotel, the restaurant takes reservations for dinner-only guests and offers seats in their ground-floor restaurant as well as in the historic vaulted cellar where dimmed lights and the exposed brick walls create a rustic atmosphere. The restaurant serves regional specialities including veal Schnitzel, horse steak and fried trout fillets, as well a bunch of vegetarian options and weekly-changing specials. End your Trier trip with a couple of glasses of Moselle wines. The list here is several pages long, so don’t be shy to ask for recommendations. 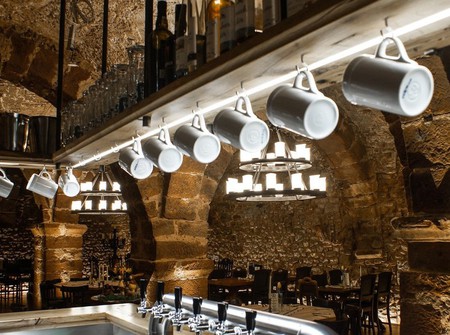