How to Spend 24 Hours in Saarbrücken 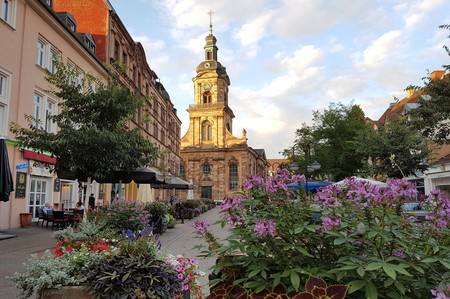 If you end up in Germany’s smallest state and plan on visiting the capital city – and you should – one day is just about enough time to cover the highlights. Medieval remains, baroque palaces and lavishly decorated churches wait to be explored, not to mention the top-notch gourmet cuisine and local white wines that sweeten up your stay. Here’s how to best spend 24 hours in the city.

Saarland locals are real foodies which may or may not have something to do with the influence their French neighbours have on the culinary and cultural scene. Life here is very much about enjoyment and indulgence, so a delicious breakfast is a key to making most of the experience. Once you step outside Saarbrücken central station and follow the pedestrianised road to the city centre, you’ll be surrounded by lovely breakfast and brunch spots. The breakfast buffet at Manin leaves you spoilt for choice – oven-baked buns, croissants, overnight oats, bacon and eggs and more. Further on is The Bakery, one the city’s most popular coffee places. The nicely decorated café serves breakfast platters of sliced bread and rolls, sandwich meats and cheeses, as well as muesli and granola with yoghurt.

Whichever café you pick, leave the city centre behind for now and make your way across the river to start your sightseeing tour with a couple of Saarbrücken’s highlights. Now, you have the choice of joining a guided tour, taking an audio guide or simply setting off on your own to explore the city. Either way, let’s take you through what to expect.

Much of Saarbrücken’s cityscape has been influenced by Friedrich Joachim Stengel, a star of Baroque architecture. The Lutheran Ludwig’s Church is one of his masterpieces and considered one of Germany’s most notable Baroque churches – Dresden’s Church of Our Lady and Hamburg’s St. Michael’s Church are often named in the same breath. The simple and light-flooded interior shouldn’t go unmentioned, so step inside to marvel at the bright white walls, organ gallery, benches and the ceilings which are decorated with stucco ornaments.

Stengel has also left his mark on the building surrounding the square in front of Saarbrücken Castle. While the chateâu itself was partially destroyed, reconstructed and complemented with a modern glass-fronted middle section after his time, the hereditary Palais, the old city hall and the building which today houses the Saarland museum still encircle the vast plaza.

Step into the Museum of Regional History (€6, or $7.40) to learn more about the cultural, economic and social history of the Saarland. The permanent exhibition focuses on the time between 1870 and the late 1950s and also is the entry point to a part of Saarbücken which is much older than that. Tucked away 14 metres (46 feet) underground, ruins of the medieval fortress and the 500-year-old casemates suck you into bygone times and give you the opportunity to catch a glimpse of an ancient dungeon, secret passages and a castle moat. Weekend tours give you a more in-depth round-up of the history of the old fortress and can be joined on the day for an extra fee of €6 ($7.40).

After all these historical and cultural facts, it’s time to refuel on some yummy foods. The onsite Café am Schloss, arguably one of the city’s most idyllic eateries, and the perfect spot to indulge in some French-infused cooking – quiche lorraine, Provençal fish soup or a goat cheese salad with croûtons are on the menu, as well as regular pasta dishes and meat-heavy German favourites. If the weather plays along, try to snatch seating in the beer garden.

The post-lunch stroll takes you over the old bridge and past the State Theatre towards the St. Johanner Market Square. The picturesque plaza is the epicentre of Saarbrücken’s public life. Bars, bistros and cafés create a lively flair, especially in the summer months. From here, it’s not far to two more architectural wonders. The Town Hall is quite an imposing sight with its canopied balconies and sandstone figurines. Second up is another of Stengel’s works – the St John’s Basilica was meticulously reconstructed after the Second World War and now boasts the honorary title, Basilica Minor. Take some time to look at the detail, the bronze portal and the giant organ inside in particular.

Spend the rest of the afternoon meandering through the shopping district. You’ll find lots and lots of artist workshops, small boutiques, and speciality shops along the way. Fröschengasse is worth going to. Once seamed with the houses of workers and craftsmen which leaned against the old city wall, the alley has been constructed in a Baroque-style and today is home to many restaurants with cute courtyards.

The city centre – or even Fröschengasse – is where you want to be for dinner. The Saarland, its capital, boasts the highest concentration of Michelin-starred restaurants and people here are known for their love of champagne. If you do want to sample some gourmet cuisine, make a reservation at the triple-Michelin-starred GästeHaus Klaus Erfort. Stiefel Bräu is much more low key and dedicated to regional and national German specialities, such as escargots, schnitzel, pike-perch fillet and craft beer. If you can’t quite decide what you want for dinner, try Masons. Previous guests rave about the all-you-can-eat concept which allows sampling various dishes from around the world – be it Chilean tomato salad, a vindaloo curry, sushi or Kaiserschmarrn. 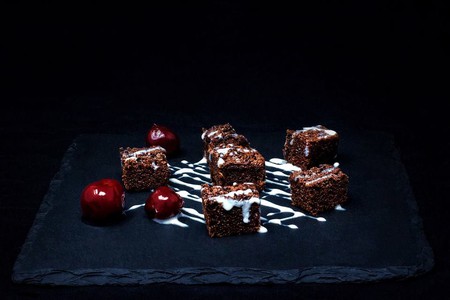 The brownie dessert at Masons | © Masons

To make your trip a well-rounded affair, stop by a bar or pub of your choice for a couple of beers or Saar wines. Should you want a proper night out, you’ll be delighted to hear that there are a number of great nightclubs scattered across town. Silo, Blau and Modul are only a few to be named. The parties and music often vary, so it’s best to check on the day to see what’s on.