How Syrians Are Honouring Their Culture Through the Power of Dance

The Culture Trip recently visited Berlin to capture three Syrian dancers who are using their bodies to express their love and their pain. With their movements they tell stories of their homeland and honour their longing for home.

This moving short film, entitled No War, Only Dance, is elegantly shot in black and white against the stage of two of Berlin’s most iconic structures: the Bundeskanzleramt and Warschauer Brücke. The men in the video – Amr Karkout, Medhat Aldaabal and Moufak Aldoabl – are originally from Damascus in Syria, a country that continues to be devastated by war. For these men, Berlin is their new home. 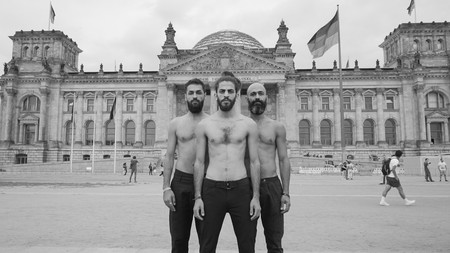 The dancers travel around Germany with their raw and powerful performances, not only as an expression of their creative energy and a transformation of their pain, but also to reclaim their own power and identity within the general discourse, which has often been reduced to ‘war’ and ‘refugees’.

‘It was amazing’ says Medhat, when we asked about his experience shooting with the Culture Trip. ‘Sharing a personal story which could have a powerful message for a lot of people always feels good, and especially through dancing’.

Medhat has been living in Berlin for just over three years. ‘I really want people who see the video to understand that we are human beings, no matter which land we live in or what colour we are, we are all the same. As an artist, I don’t want people to see me as someone from Syria, I want them to see me as an artist who presents art’. He adds that, ‘integration is not a job just for newcomers, both sides need to work on understanding’. 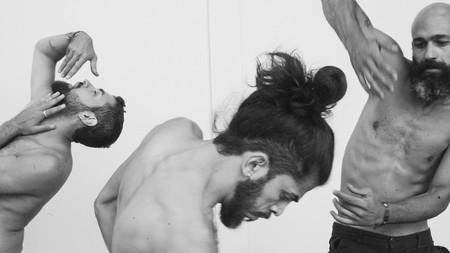 The film also deals with the theme of cultural integration. For these men, dancing not only connects them to their lost homeland but also to their newfound home in Berlin – the result is a beautiful ode to the human spirit and the power of the human body in the face of grave challenges. The men are also realising their dream of ‘dancing in Europe’.

Poetic, heartbreaking and triumphant in their creative power, the narrator comments that Syria is ‘the blood inside our bodies’ and ‘when we miss her, we dance for her’.

As the far-right and anti-immigrant party in Germany seems to be gaining more momentum, the number of asylum-seekers in Germany has dropped dramatically since 2015, which saw an estimated 890.000 registered refugees in the country. Even though the German government made sure to cap those numbers at 200.000 in 2017, the number of recorded asylum-seekers for the year fell below that margin. For now, Berlin still manages to hold on to its open-arms attitude, even as we face one of the biggest displacement crises in human history. 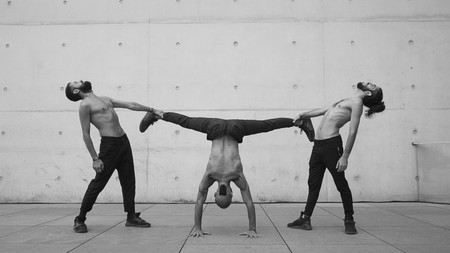 Despite daily tribulations, these dancers are still creating beauty, sharing the memories and customs of a land that has been devastated by war. Perhaps sometimes all we can do is make art out of our broken hearts.