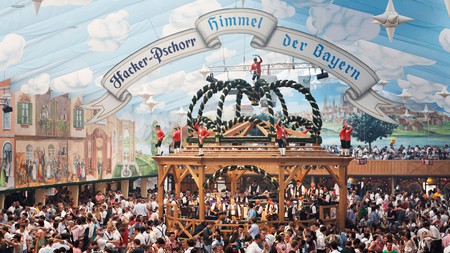 Oktoberfest brings beer, dirndl and lederhosen, incomprehensible Bavarian folk music and drunken antics to mind. But when it originated in 1810 it had nothing to do with beer at all. So how come Munich’s Oktoberfest has grown to be the world’s largest beer festival? Here is our round-up of the event’s history.

A royal wedding marks the start

On October 12, 1810 Crown Prince Ludwig was married to Princess Therese of Saxony-Hildburghausen. Days of celebrations followed, and five days later the cavalry mayor Andreas von Dall’Armi hosted a horse race on a field outside of the city – now known as the Theresienwiese – in honour of the newlyweds. 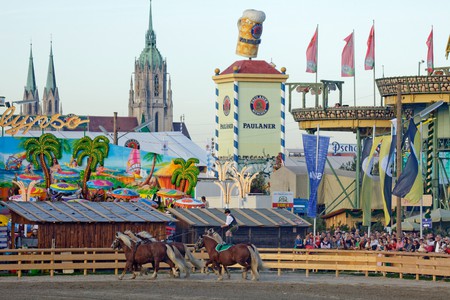 Then, the sports aspect was the centre of the festivities; wine and beer were served to spectators in moderation and only outside of the sporting grounds. But the event was a huge success, and it was agreed the event should be repeated the following year. Oktoberfest was born.

In 1811, the Bavarian farmers’ association hosted the event and seized the opportunity to add an agricultural show to boost their businesses and introduce new agricultural techniques and machinery.

The privately-funded festival grew consistently over subsequent years. Swings, bowling alleys and carousels were erected, and lottery tickets were sold on the grounds shifting the focus from a mere sporting event to a folk festival. 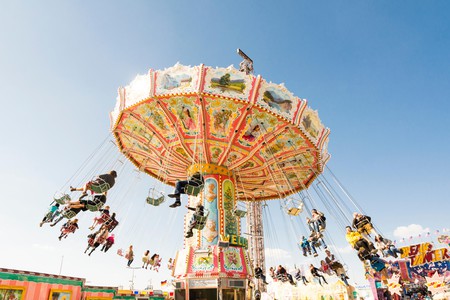 The city officials take over

In 1819, the local government took it upon itself to hold the festival going forward, declaring it should take place every year without exception.

The decision drew a lot of showmen to Munich. More and more beer stands popped up to quench the visitors’ thirst, and new amusement rides ensured their entertainment. In 1850, the Bavaria statue was unveiled which still stands to keep vigil over the festival grounds.

Another milestone was the opening of the first chicken grill in 1881. Since then, many consider a trip to Oktoberfest without devouring a Wiesnhendl unthinkable. 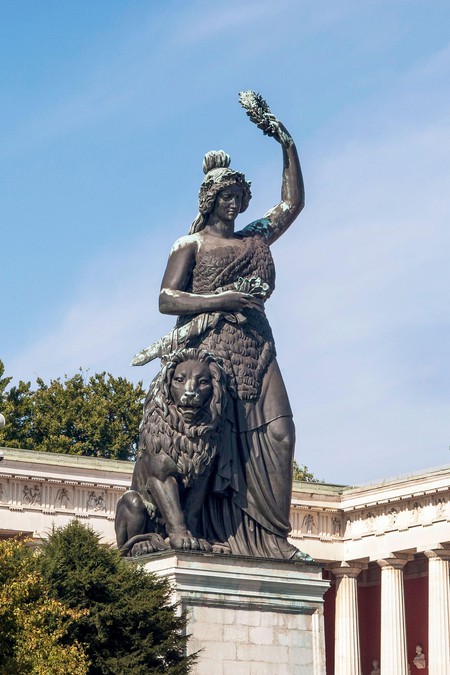 The use of electricity heralds the start of a new chapter

The dissemination of electricity transformed the festival. Light bulbs illuminated the huts and fairground rides, and it didn’t take long for the first electric carousel to arrive. Towards the end of the century, the beer stands had been replaced by tents. Landlords teamed up with breweries who provided beer for the large halls.

In 1904, the city council decided the festival should be moved to the milder September and the festivities were eventually stretched to take place over the course of two weeks.

Stricken by two World Wars and hit by subsequent periods of hyperinflation, Oktoberfest took an inadvertent 10-year-long break. In the late 40s, a smaller autumn festival took place instead, but it wasn’t quite the same.

It wasn’t until 1949 that the Oktoberfest returned to Munich, though the horse race never did, except for the 150th and 200th anniversary celebrations. 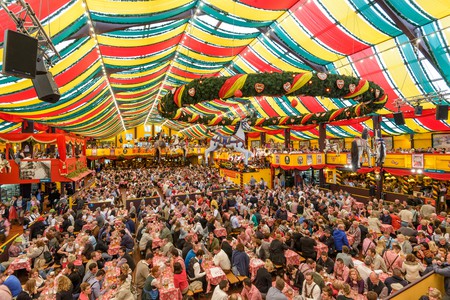 In 1950, then city mayor Thomas Wimmer introduced the tradition of tapping the festival’s first barrel in the Schottenhamel tent with a cry of ‘O’zapft is!’ (‘It’s tapped!’). Since then, Oktoberfest has become the world’s largest folk festival.

Every year, six million guests from all over the world consume more than seven million litres of beer and Oktoberfest has made a name for itself as being a beer festival. And the beer has its price. Since 2015, visitors have to budget more than 10€ per beer stein.

Though beer plays an important role, it’s about more than that. Starting with the parade of floats and people in traditional costumes ahead of the ceremonial tapping, through fairground rides, shows and theatre plays, to traditional music and dances in the beer tents, revellers can experience the Bavarian culture first hand. 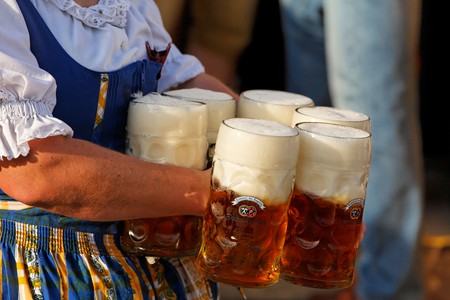 Grilled sausages, pork knuckles, ox, roast chicken, pretzels and other Bavarian specialities help soak up some of that alcohol. The potent Oktoberfest brews have caused countless drunken antics and the on-site lost and found office is a real treasure chest. You’d expect everything from lost wallets, IDs, keys, glasses and phones to be handed in. But the list goes on with more obscure items including a clown suit, a Segway and a dachshund named Wasti.

Over the years, wars, hyperinflation and cholera epidemics have caused the festival to be cancelled 24 times. In 1980, a bomb exploded near the entrance, killing 13 people and injuring more than 200 and the festivities paused for one day only. 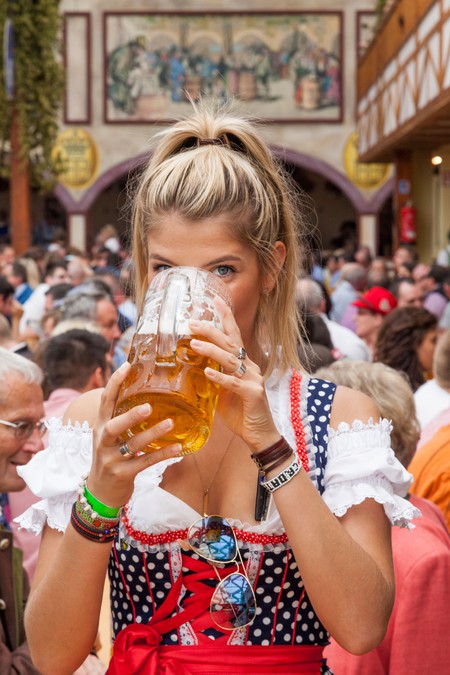 But despite all the setbacks, the festival has bounced back and expanded every year, now even celebrated across Europe and all over the world. But there’s something about the joviality and the exuberance of the original that still draws people to the Munich when they say ‘O’zapft is!’.