How May Day Is Celebrated in Various Regions Across Germany 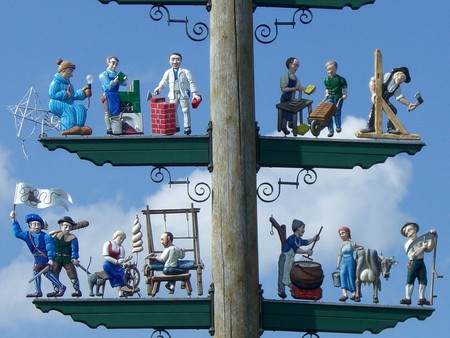 May pole in Bavaria | © erge / Pixabay

May Day, or Labor Day, is a national holiday and officially marks the beginning of Summer in Germany. Across the country, people organise rallies for better work conditions, while families like to head out for picnics. On the other hand, the day is also marked by parties and protests, quirky rituals and riots, dancing and romance. Here is a look at the various ways in which May Day is celebrated across the country.

Across many towns and villages in Bavaria, May 1 is a day of fun and festivities. A quirky pagan ritual practiced on this day in this part of Germany is to cut down a tree, place it in the town square, strip it of all its branches except the ones at the very top, and decorate it with ribbons and wreaths. The Maibaum (May tree), or May pole, of one town is sometimes stolen by another town and held hostage for ransom – all in good fun, of course. The May pole climbing contest is a chance for young men to showcase their skills and stamina and impress the cooing damsels in the bargain, though feisty women also sometimes take part in the contest. The day ends with a lot of merry singing, dancing, parades and beer guzzling. 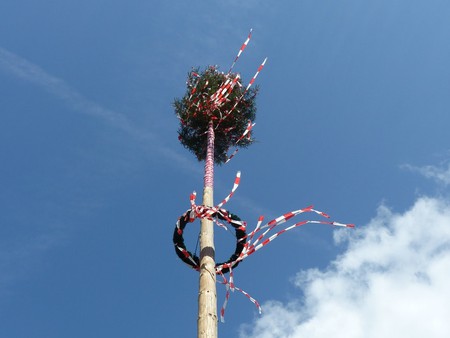 May Day riots have been a Berlin tradition since 1987. Disaffected youth and rebels used to mark May Day by setting cars on fire, throwing stones at shop windows and engaging in a cat-and-mouse chase with the police. However, in recent years, the youth seem to have mellowed down and the riots have largely been replaced by a huge street party – MyFest – to officially kick off Summer on May 1. However, you’ll still see a swarm of police cars in the city during the festivities. International food stalls celebrate Berlin’s amazing diversity and throngs of people sway to punk, rock, metal, hip-hop and folk music. You should be prepared for crowded public transport and for roads to be packed to double their capacity. 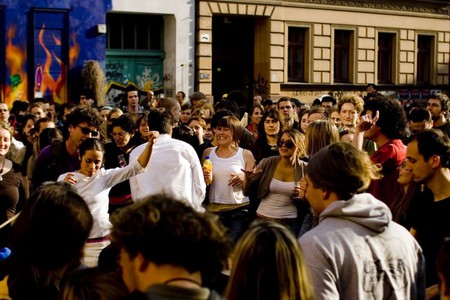 Walpurgisnacht (Witch’s Night) is a wild pagan festival that marks the end of Winter and the arrival of Spring on May 1. Though the festival is celebrated in many regions in Germany, if you want to experience the true essence of Walpurgisnacht, Harz Mountains is the place to be. Over 20 locations in the Harz Mountains celebrate Walpurgisnacht, including Wernigerode, Goslar and Brocken, but the most awesome party in the region is hosted by the hilly hamlet of Thale. The celebrations, which roll on through the night of April 30 until the wee hours of May 1, are inspired by local myths and folklore. It is said that, on this night in bygone times, witches were seen flying on their broomsticks to the Brocken Mountain peak to celebrate the onset of Spring. The festivities consist of endless food, free-flowing drinks, music and dancing through the night.

In the Rhineland, and some other parts of Germany, romance is woven into May Day celebrations. Men chop down a tree (under the guidance of a forester) and decorate it with streamers, flowers and other ornaments, and place it on the doorstep of their love interest. This is often done anonymously. In turn, women place flowers or rice in the shape of a heart at the door of their beloved. Interestingly, on leap years, it is the women who place May poles outside the doors of their lovers. The day ends with parties, dance and music, as is the case throughout the country. 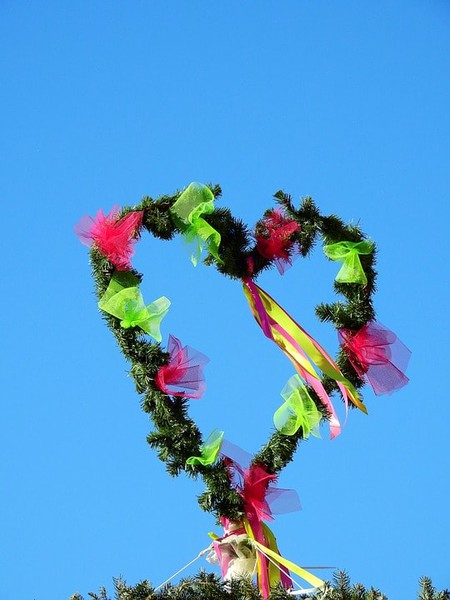