How Bavarian Shepherds Scare Away Wolves (or Demons) 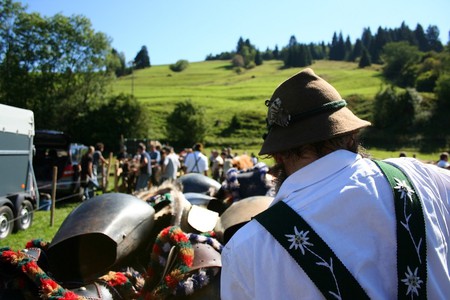 In the villages of the Bavarian forest in south-eastern Germany, right up near the Czech border and nearly three hours’ drive from any major city, many ancient traditions remain. One of the most tourist-friendly is Wolfauflassen, a yearly spectacle in which men from various villages ring cowbells and crack five-and-a-half metre-long whips as loud as they can, for as long as they can.

Back when wolves roamed the Bavarian forests and shepherds herded cattle in the mountains, the risk of having your animals eaten by one such a creature was quite high. Cattle aren’t exactly the sharpest knifes in the drawer, and wolves certainly make up for in agility and stamina what the cow has in sheer size. And anyway, wolves know just as well as we do how great veal tastes. 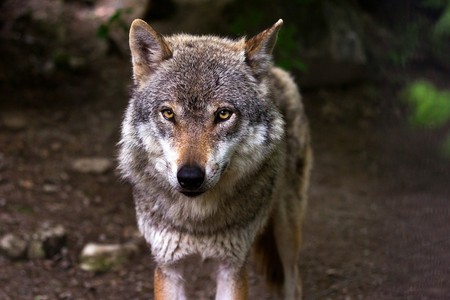 When the cattle were driven down to the valley in the autumn, the wolf remained in the mountains and so wasn’t a threat. In March, when the shepherd drove the herd up into the mountain pastures to eat through the summer, it was game on.

As the cattle were being driven up the mountain, the boys from the local village would make a lot of noise and ring bells to scare the wolves. Cows wore bells around their necks for the same purpose. During this process, the shepherd would also crack his goaßl, a sort of whip extremely loudly.

In November, when all the cattle had been returned safely to the farmer in the valley, the shepherds would put the bells on themselves, run around town cracking the five-and-a-half metre-long whips used to scare wolves who came too close and generally make a hell of a racket, before demanding to be paid their yearly wage. All that noise was mostly in aid of celebrating another successful pasture season, but had the additional benefit of scaring away any demons lurking around the village.

Can I scare away wolves/demons?

Sort of. These days, the Wolfauslassen is a tradition in many Bavarian villages, particularly so in Rinchnach, a village on the Czech border 200 kilometres north-west of Munich. Every year on November 9–10, thousands of tourists join the people of Rinchnach to chase away wolves with 1,370 bells. In other villages, the day is usually November 11.

The 20–90 centimetre-high bells weigh up to 35 kilograms and are carried around the hips or on the shoulders in rows, going house-to-house through the village. Each house in the village is visited and when the owner answers, the leader of the bell ringers – the shepherd – stops the noise, recites a bit of verse and asks for his payment. Once the shepherd is given some coins, the group moves on to the next house. When all village houses have been visited, everyone retires to the pub. Tradition! In Rinchnach, a competition between bell-ringers from neighbouring villages over who can make the loudest noise lasts well into the night. But then again, that’s half the fun.

After being hunted to extinction in the 19th century, wolves were re-introduced to Germany in 2000. There are now thought to be around 160 adults forming 60 packs living happily in the forests of Brandenburg and Saxony. There’s no word yet on whether they have made it south to the Bavarian Forest, but if they do, you can bet the Wolfauslassern will be ready. 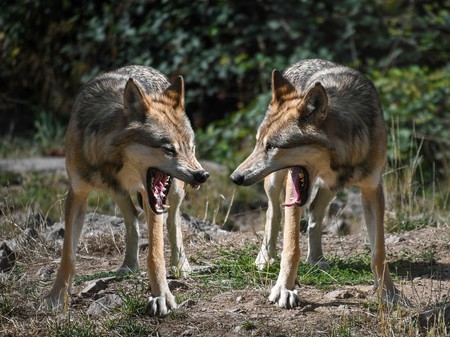