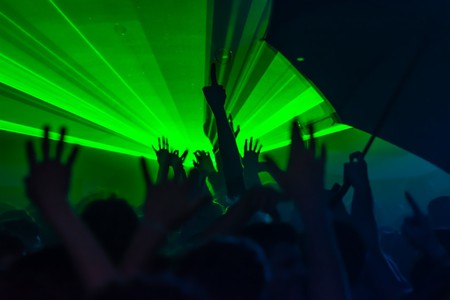 Starting out as a fanzine for the famous Frankfurt discotheque Dorian Gray, Frontpage magazine covered Germany’s ’90s rave scene with depth and passion. Seeing techno as a way of life, the magazine’s team chronicled the EDM and house music evolution for almost a decade. Delving into the subculture with dedication, wit and flair, Frontpage set itself apart from other publications, acting as an influential voice on German rave culture in the ’90s.

Slave to the rave

It’s easy to imagine Berghain as the birthplace of permissive parties, fuelled by the recurrent drum of techno. However, when looking back at the liberal history of electronic music in Germany, few clubs are as important as Frankfurt’s Dorian Gray. From 1978 to 2000, the famous discotheque, inspired by Studio 54 and uniquely located in Frankfurt Airport, threw wild raves and raucous parties, including the electronic-driven night, Technoclub. It was here, in 1989, that Frontpage was born, as Frankfurt club scene veteran and Technoclub’s founder, Alex Azary, initially funded the publication as a promotional tool for his club night.

Over time, however, the magazine’s scope broadened, setting itself apart from similar magazines such as Raveline or Groove, which primarily talked about techno music. While Frontpage reported on trends, artists and the latest drops, it also placed a heavy focus on the techno scene and its engulfing culture. This pursuit eventually took the cohort of contributors and editors to Berlin, to rave their way into its progressive, emerging scene. 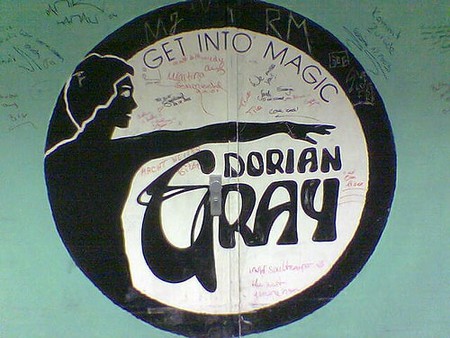 From Frankfurt to Berlin

Once Azary’s funding started to dry out, founders Jürgen Laarmann and Stefan Weil saw an opportunity to move Frontpage from Frankfurt to Berlin. Here, the group of techno-lovers found a new kind of energy, where established clubs were traded for abandoned warehouses, and the tones of Frankfurt’s well-formed techno scene were swapped for acid house styles. Although the newly united city had already embraced underground punk and techno movements, the blending of East and West presented new opportunities for countercultures to thrive and techno-fuelled raves erupted from the capital, defining the ’90s as the ‘German Summer of Love.’ Throughout it all, Frontpage kept its finger on the pulse of the redefining techno culture that was unfolding before them. 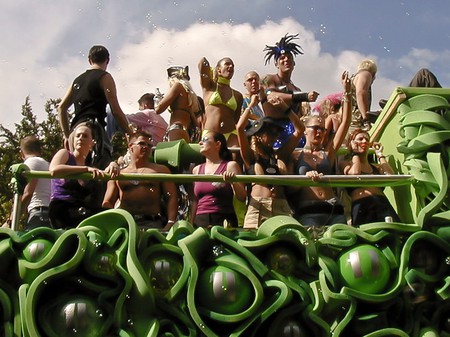 For the magazine’s team, partying was a full-time job and techno was the mantra they lived their lives by. Frontpage‘s rave reporters published stories about emerging sub-genres, interviewed now-iconic artists and excelled at presenting the most current releases and trends, and the vibe of the scene. Blending serious, chin-stroking reviews with candid editorial voices, the team fully embraced the hedonistic decadence of raves. With columns like ‘Shopping on Speed,’ ‘Hardcore Decadence’ and, perhaps the most famous, ‘Octopussies,’ which features a group of female contributors who were given a monthly budget to attend parties and document their wild stories, the magazine showed off its edge.

Beyond its content, the magazine also truly excelled with its design, thanks to art director Alexander Branczyk, who took over from mid-1992. Incorporating erratic typography and shaky images, the pages of Frontpage were stained with the ecstasy of rave and techno culture. It was during this time that Jürgen Laarmann emerged as a sort of techno-scene philosopher, and, talking with Der Spiegel in 1996, he mused that, ‘techno is a kind of cultural principle,’ as for Laarmann EDM (electronic dance music) was a potential; a chance for people to shape their lives with a sense of freedom.

Despite this sentiment, others had less romantic views on Laarmann and Frontpage, with some scenesters claiming that the magazine used its platform to market its own projects above others. Regardless of the motives, Frontpage mastered the art of avant-garde reporting, with its biting articles and in-the-know style, and undeniably shaped German rave culture, until the magazine’s final run in 1997.