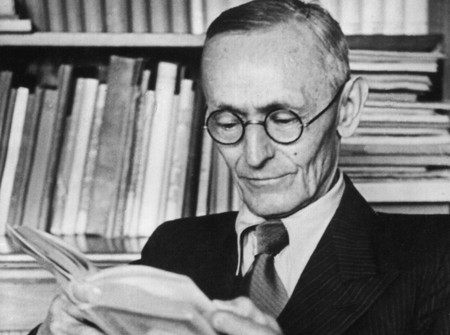 “…my mind has not been broken, and I feel akin to you and to the idea that inspired the Nobel Foundation; the idea that the mind […] ought to serve not war and annihilation, but peace and reconciliation.” Henry Vallotton, the Swiss Minister, addressed the audience in Hermann Hesse’s stead. Hesse’s constant struggle with his poor health had left him unable to attend the Nobel Banquet at the City Hall in Stockholm on December 10, 1946, where he was awarded the Nobel Prize in Literature. Despite his absence, his statements echoed in the feast. He had been decrying Germany’s military actions and sense of radical nationalism since the outbreak of World War One. It is perhaps for the very same reason that his last masterpiece was rejected for publication by the Nazis and had to be published in Zurich.

Hesse’s perpetual conflict with confinements of the society had materialized in the early stages of his life. He was born in the Black Forest town of Calw, in Württemberg, in the former German Empire in 1877. As a child, Hermann was restless. As his mother would write in a letter addressing Hermann’s father, ‘his tyrannical temperament and his passionate turbulence’ was gnawing at her soul. Proclaiming that only God could shape his proud spirit, Hermann’s mother had nonetheless acknowledged the apparent brilliance of her child. But apparently God was not enough to tame this proud spirit. Despite his family’s beseeching that he pursue a career in religion, his younger years were spent fleeing from one theological seminary to the other. 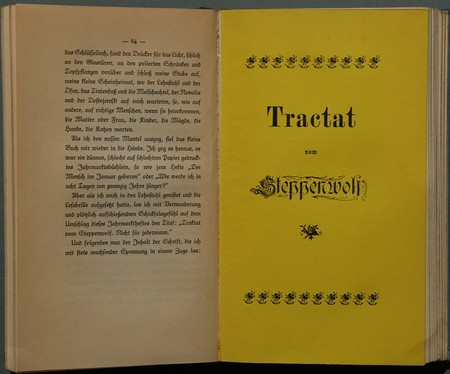 Despite the turmoil of his adolescent years, Hesse’s restless prowess finally found a channel in prose and poetry; his breakthrough came with the publication of his first great work, Peter Camenzind, in 1904. The book contained many of the themes that occupied his later literary undertakings, namely man’s constant struggle to seek out unique spiritual and physical identity amidst the dictations of society, modernity and nature. His works also reflected his genuine passion for Buddhism and oriental philosophy, as he was greatly inspired by the duo on a trip to India.

In spite of his brilliant profession as an author and a large German enthusiastic readership, his personal life was suffering. He was divorced twice and remarried twice. His health was deteriorating, and he was unable to be present at the Nobel Banquet. The Nobel Prize had come three years after the publication of his masterpiece Das Glasperlenspiel (The Glass Bead Game) in 1943, which turned out to be his last major work. In the last remaining years of his life, he settled into the quiet life of occasional poetry and watercolor sketches until his death in 1962. He was 85 years old.

Hesse’s legacy lives on. There are many establishments in Germany that are named after him. This also includes an award, the Calwer Hermann-Hesse-Preis, which was founded in 1964. The award celebrates either German-language journals in literature or those who endeavor to import Hesse’s brilliance to other cultures by translating his works into other languages.