How Günter Grass's Nazi Past Influenced His Literary Output 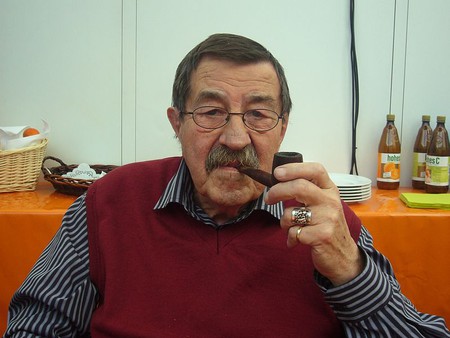 In 2006, shortly before the intended release of his memoir, Günter Grass revealed that he had served in the Waffen-SS during the Second World War. The revelation shocked the world, but the writer decided to openly face his past rather than flee from it. It’s acknowledgment gave unprecedented insight into his work.

When German writer and Nobel Laureate Günter Grass admitted that he had served in the Nazi’s Waffen-SS unit, it was enough incentive for the public, foes and friends alike, to go on a frenzy. Was it a sense of betrayal that prompted Grass’ readers to call him out as a hypocrite or had it come with an aloof feeling of relieved self-righteousness? Grass was the one to throw the stones for years, calling out the crimes of Nazi Germany, calling out nationalism, capitalism and had even feared the united Germany. He was the living memory of Germany’s darkest facets of history. Loud, uncompromising and unapologetic and now they could see that he had been sitting inside the glass house for all these years, and perhaps, they were relieved. And betrayed too.

He had championed the cause of Vergangenheitsbewältigung, or ‘coming to terms with the past.’ The magical realism of his masterpiece, The Tin Drum, and its often-outrageous depictions of human sexuality and mentality was a conscious effort to portray the horrors of the atrocities committed during the Second World War. His choice of setting – that is the apparent no man’s land of Danzig lying between Germany and Poland – not only bridged into his mixed ethnical heritage but also brushed upon the silent ignorance that was perpetuated during that dark part of human history. He had decried President Reagan and Helmut Kohl for a visit to a cemetery containing buried bodies of SS soldiers, and he had been one all along. The nation felt betrayed. 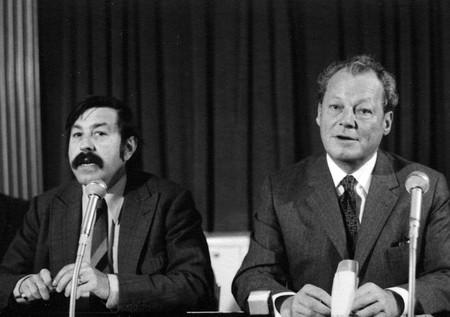 The Tin Drum (1959) had cemented his literary status but had perhaps come a little too early in his writing career. It had set the bar so high for Grass’ later works that each new book drew an unfavorable comparison to the masterpiece by the critics. His later endeavors even prompted one to state that [his later works] were mere ‘dispatches’ he was sending to the front line of engagement [with the reader]. Despite the mixed reviews, he was praised on numerous occasions, and the biggest honor came when he was awarded the Nobel Prize in Literature in 1999 because of his portrayal of ‘frolicsome black fables of the forgotten face of history.’

Despite being applauded on many occasions, there were instances where awards and honors were either revoked or recoiled because of his erratic statements and prose and later in light of his SS-involvement revelations. In two of the more notable examples, the city of Bremen revoked a prize it had formerly bestowed upon the author citing the immorality and controversial themes of The Tin Drum. This, of course, reflected the general temperament of West Germany in the ’50s and ’60s because later on in 1999, the Nobel Committee indicated that the publication of The Tin Drum ‘was as if German literature had been granted a new beginning after decades of linguistic and moral destruction.’

And then came the 2006 revelation, or was it a confession? Grass who was already a much-disputed figure was once again thrown into the spotlight. Some questioned the necessity of this revelation; some pointed out it being 60 years too little too late. And the cries of hypocrisy of the ‘smug’ walrus-mustached moral impersonator would not recess. Hypocrite or not, Grass had left his mark, and even up to his death in 2015, his most impassioned critics awaited his next work.