A Guide to the Costumes of Cologne's Carnival 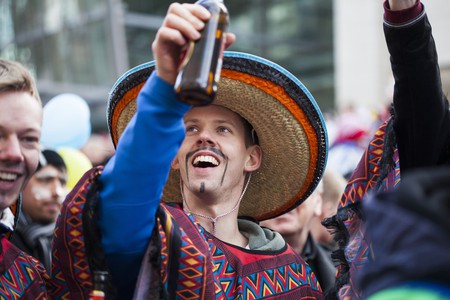 The week before Ash Wednesday, the city of Cologne comes alive for Carnival, when people banish the winter blues by dressing up and drinking a lot with friends and strangers. While you can wear pretty much any costume you like, including a body-sized penis, the costumes tend to fall into a few neat categories. Here’s what you need to know about the costumes at the Cologne Carnival.

Jeck is Kölsch slang for a loveable fool, a fan (Fußballsjeck) or someone who participates enthusiastically in Carnival (Karnevalsjeck). The most common carnival costume for older people from Cologne is some variation of a red and white striped shirt, a Köln FC or Kölner Haie scarf and whatever other red and white accoutrements can be sourced. If it’s sparkly, that’s even better. 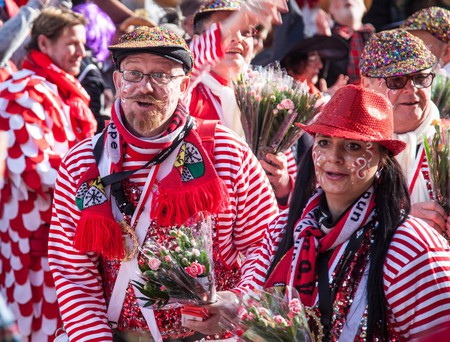 A Kölner Jeck at Carnival in Cologne | © Kaesler Media / Shutterstock

You’ll notice a lot of Prussian soldiers walking around town wearing thigh-high leather boots, breeches, a tricorn hat and a white curly wig. The colours of the uniform vary according to the Carnival society to which the men belong. These costumes are very expensive and belonging to the society is a huge social privilege in the community, so it’s not common for tourists to wear costumes like these. Still, if you’re a Revolutionary War re-enactor, bring your kit along. You’ll fit right in. 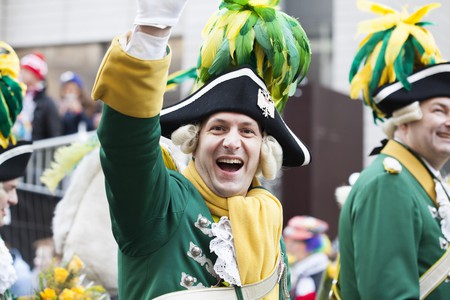 The old-school clown with Raggedy Andy hair is also a popular costume for the locals. The colour of the costume is not important, but it should have a bright pattern in polka dots or squares and some sort of tailcoat on top. 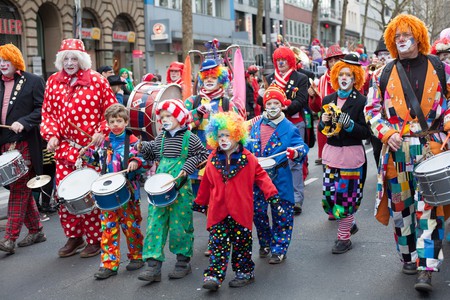 Carnival is a social event and many people make arrange costumes with their friends or coworkers. Most often, the parts of the group don’t stay together – it is near impossible to stick together, given the crowds – but people do love planning their costumes around some sort of theme. 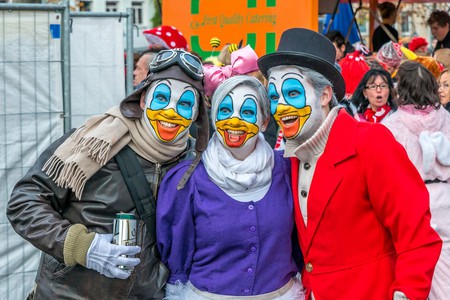 Outside of the traditional choices, which have remained constant since Carnival began, costumes go through phases of popularity. High-street stores producing onesies with animal heads in adult sizes have revolutionised the costume scene for tourists and young people. According to the local newspaper in Cologne, this year, the hot carnival costumes are all things neon, shoulder-pads and mohawks. By quite a fair margin, though, the runaway costume favourite for Carnival 2018 is the unicorn.