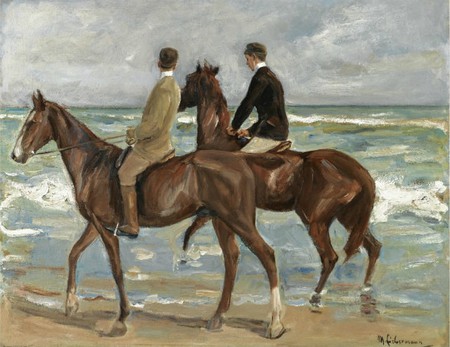 Let’s hear it for the brilliant German artists across the ages who created masterpieces that are celebrated all over the world. From romantic to impressionist, from wood-panel painting to anamorphosis, the paintings here are all famous examples of signature styles of German art, and are some of the finest examples of German creativity from their respective eras.

The Ambassadors by Hans Holbein the Younger (1533)

The Ambassadors, created by German artist Hans Holbein the Younger, is one of the most iconic paintings of the renaissance style. The painting has been a subject of admiration, as well as debate, for centuries. Numerous theories have been offered regarding the identities of the two well-dressed ambassadors and the significance of the meticulously detailed objects in the painting (two globes, a quadrant, a torquetum, a polyhedral sundial, a book, and various textiles). The painting also stands out because of the use of anamorphosis, which refers to a distorted object in the painting that can be viewed in the correct perspective only with the use of a device, or from a particular vantage position. The distorted skull at the bottom of this painting is a classic example of anamorphosis, which is a specialty of the early renaissance. You can see the original oil painting at the National Gallery in London. 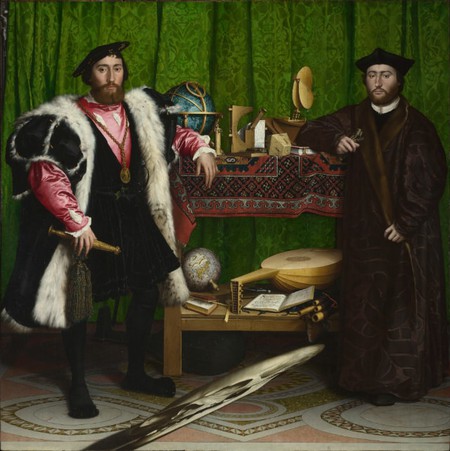 Der Wanderer über dem Nebelmeer is one of the most famous works by German artist Caspar David Friedrich, and a beautiful example of the romantic style of art. The painting projects a young man standing on a rocky cliff and gazing out at a foggy mountainous landscape. The Elbe Sandstone Mountains of Saxony are clearly recognizable because of their unique topography. Down the years, experts have opined that the painting signifies self-reflection and stands as a metaphor for the unseen future. As historian John Lewis Gaddis puts it, the painting “is contradictory, suggesting at once mastery over a landscape and the insignificance of the individual within it.” If you wish to see this painting, you must head to Hamburg Kunsthalle, Germany. 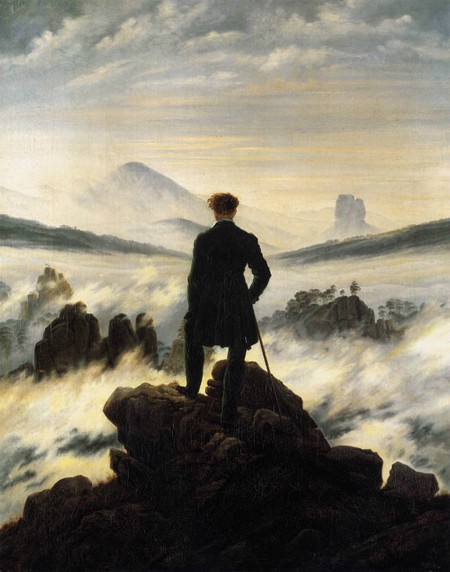 Potsdamer Platz was painted by legendary German expressionist artist Ernst Ludwig Kirchner just before World War I broke out, and is agreed to be a tribute to contemporary Berlin urbanity. Kirchner was clearly influenced by Cubism (the geometric division of space), as evident in the circular platforms that the two elegantly dressed but profoundly unhappy women (perhaps prostitutes) are standing on, the semicircular arches, and the sharp, angular pavements and structures. The painting is on display at Nationalgalerie, Staatliche Museen zu Berlin. 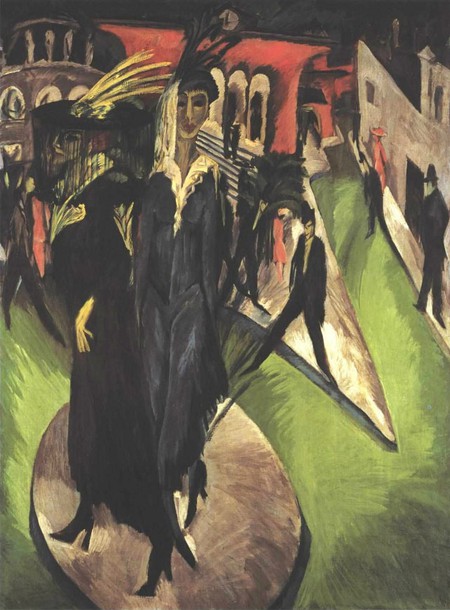 Das Eisenwalzwerk is one of the most celebrated creations of Adolph von Menzel, one of the most brilliant and successful German artists of his time. He was a realist artist, especially known for his paintings depicting battles and processions in history. This painting projects sweaty workers hard at work at an iron mill and is considered to be a tribute to the rapid industrialization of late-19th century Germany. The original painting is on display at Berlin’s Alte Nationalgalerie. 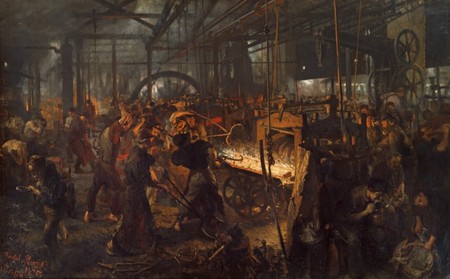 Zwei Reiter am Strand is considered to be one of the finest examples of German impressionism, with clear traces of the signature styles of the French impressionist painters Edouard Manet and Edgar Degas. The artist, Max Liebermann, was among the most successful German impressionist painters. This painting was seized by the Nazis, and later changed hands several times. Currently, it is part of a private collection that is unfortunately not open for public viewing.

Heller Altarpiece stands out as much for its intricate details as for its medium. This is an oil-on-panel triptych, a painting created on pieces of wooden panels joined together, which was a popular medium of the 16th century, before canvas became popular. The painting is considered to be a masterpiece and is by famed German renaissance artists Albrecht Dürer and Matthias Grünewald. The main panel depicts the assumption and coronation of the Virgin, an image that was popular in northern Europe during this era. 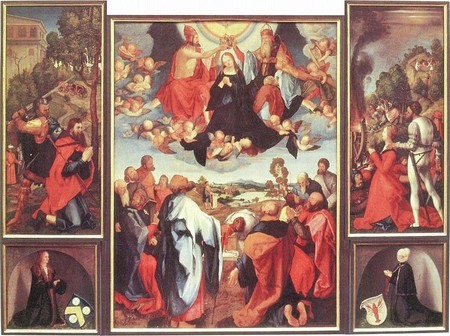 Italia und Germania is an allegorical painting by the famous German artist Friedrich Overbeck. This Nazarenes-style painting signifies the friendship between Italy and Germany, through two women representing these two countries. The dark-haired woman wearing a laurel wreath personifies Italy, while the blonde woman with a floral wreath is a personification of Germany. On the left side of the backdrop, we see a rocky Italian coast, while on the right, a gothic tower signifies Germany. You can see this painting at the Neue Pinakothek in Munich. 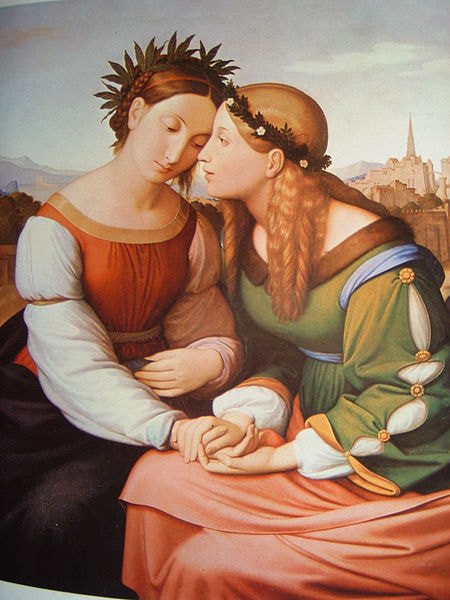 Take a look at these emerging German artists.