Why Is Germany A Powerhouse In Research and Innovation?

An Illustration Of Technology © Mark Mags/Pixabay

It comes as no surprise that National Geographic describes Germany as “Europe’s strongest economic and industrial power”, considering how much time and effort Germany puts into research, technology, science, and education. Germany also has a history of being scientifically minded. It won the first Nobel Prize in 1901, and before World War II had more Nobel laureates for science than any other country. Yet how did Germany advance to its technological peak?

Unfortunately, many of Germany’s technological innovations have their roots in World War II. In the interwar years of the 1920s and 1930s, factories were already primed to create new technologies. Through fear and competition, the war pushed scientists and inventors to create ever more effective weapons and technology. Some of the technologies, such as navigation devices, surgical equipment, and automatic aircraft, we still use today.

The Unification Of Germany

On November 9, 1989, the Berlin Wall fell. By 1990, Germany was born anew. The unification of Germany meant that it could focus again on creating a stronger nation and unifying its great minds. 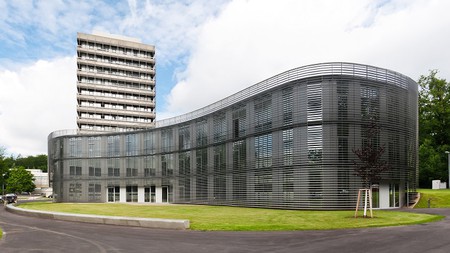 The University Of Stuttgart | © Julian Herzog/Wikicommons

Germany has been an academic powerhouse for a long time, and as such education is the backbone of Germany’s technological advances. According to The Federal Ministry of Education and Research, “the goal is for good ideas to be translated quickly into innovative products and services. This is because innovative solutions are the factors that drive our prosperity and support our quality of life.”

As of 2014, tuition fees for universities were no longer charged in Germany. Dorothee Stapelfeldt, senator for science in Hamburg, summed it up as follows: “tuition fees are socially unjust. They particularly discourage young people who do not have a traditional academic family background from taking up studies. It is the core task of politics to ensure that young women and men can study with a high quality standard, free of charge in Germany.” Not only did this attract more German students, but it also led to an influx of international students. Deutsches Studentenwerk found that nearly 12% of all students in Germany are international students. In American universities the proportion of international students amounts to around four percent, and in Australia up to 20%.

Investment in Research and Development

The Federal Ministry for Economic Affairs also stresses the importance of diversity in research. This may be one of the reasons Germany excels across the board. It also explains why 80 billion euros is being allocated to research and development according to the Goethe Institute. Germany takes investment to the next level and is the second biggest global investor, after the USA. Germany is in the top 10 countries that devote a large percentage of economic output to research and development. It is also in the top 10 countries who create new innovations. The combination of investment in research, the actual R&D process, and new innovations per capita plants Germany in the top 10 of The Global Technology Index.

The Industry and Innovation journal stated that the institutional features of the German system lend it to a comparative advantage in innovation. Consider, for example, renewable energy. Germany started the Renewable Energy Act in 1990 and is presently considered the fourth greenest country in the world. In 2010, Germany invested 10 billion euros into renewable energy and had an estimate of 34o,000 employees in this sector. Furthermore, 94% of Germans see renewable energy as vital. It’s easy to see that interest in development is rooted in the German mindset, from the average Joe to the top corporations. 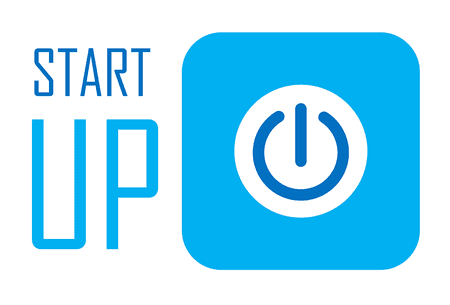 Startups are everywhere in Germany | © Timisu/Pixabay

The Regents of the University of California discovered that, “since 1997, Germany has witnessed an unprecedented boom in high-tech start-ups and IPOs. Long considered a “desert” for high tech and entrepreneurship alike, Germany has witnessed a spectacular mushrooming of technology-based firm foundings in the past three years, transforming the country from a laggard to the clear leader in European high-tech entrepreneurship.” It’s not all paradise, however, as Rolf Sternberg, author of Business Start-Ups, found that startups are only effective in certain regions of Germany.

The startup boom has attracted technical specialists, engineers, and programmers from all across the globe. In fact over one in eight members of the German population is an immigrant. One in seven workers in Germany is originally from another country. Furthermore, the German Federal Statistical Office stated that, “today, more than 700,000 people with a migrant background run their own company. In other words, migrants are an important factor in the German economy.” In 2015, Out-Law.com, a company that offers news and legal guidance, speculated that Germany is experiencing its fourth industrial revolution, a revolution that spans from wearable-technology to artificial intelligence.

All that glitters isn’t gold

It can be disputed that Germany is only advanced superficially. For instance, they are advanced regarding automation, but still have a long way to go with robotics, an industry currently dominated by Japan. All things considered though, the idea of Germany as a technological giant still captures the mind and imagination. As they say in German: Wie etwas nutzt so wird es geputzt. In English: Who uses the thing, keeps it polished.