A Trip Through Brew Country To Explore Germany's Best Beers

After several years of decline in popularity, the Germans are drinking beer heartily once again. However, although the Germans are great beer producers, not a single domestic company is among the largest brewery groups in the world. There is a reason for this; Germans rely on their local brew. We check out the best local beers on offer. 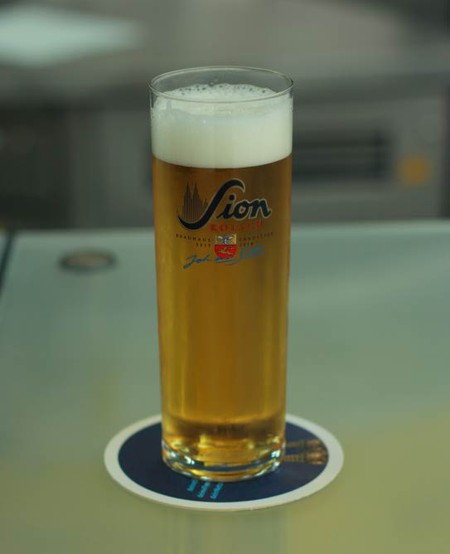 A Kölsch by Sion brewery | © Klimenko/Flickrcommons

Starting in the West, we head to Cologne (Köln) with its Kölsch beer. A light, fresh beer, sold in small cylindrical glasses of 0.2 liters, Kölsch appears to be intended for quick and cheerful drinking. Among the best choices are Mühlen Kölsch, craft brewery Päffgen as well as Sünner, from the oldest existing Kölsch-brewery. In 1986, the German brewers signed the so-called ‘Kölsch Convention’ according to which beer can only be named Kölsch if it was brewed in Cologne. What may have been born out of the brewers’ local patriotism has since been confirmed by German as well as EU law; Kölsch can only come from Köln. 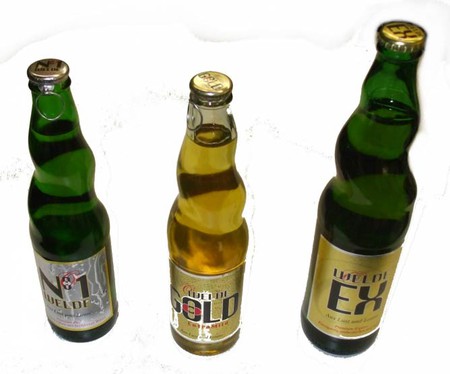 Traveling on, we come to Dusseldorf (Düsseldorf) which is not as strict when it comes to the localization rules, but just as proud of its local beer, named Alt. There is a notorious century-old rivalry between Dusseldorf and Cologne, which obviously does not stop when it comes to beer. Although made in a similar brewing process, Alt distinguishes itself sharply from Kölsch: it is much darker and more tart. Among the locals’ favorites are Schumacher, Füchschen and Uerige. Situated between Dusseldorf and Mönchengladbach, Bolten claims to be the oldest Alt beer brewery.

From the 1950s-1970s, the city of Dortmund in the Ruhr area was one of the world’s largest beer producers. With the demise of the loval steel and coal industry, beer volumes have also decreased, but the city’s remaining breweries still roll out massive amounts of (mostly Pilsner and export-type) beers. Best-known are the Dortmunder Union, DAB and Brinkhoff’s brands.

Heading south into Baden-Wurttemberg, we pass the company Weldebräu in Plankstadt, close to Karlsruhe. The brewery is very happy to try out new beer taste creations, but its products are a treat for the eye as well; the so-called ‘Dancing Welde-joy Bottle’ (Tanzende WeldeLust-Flasche) even made it into the Design Annual list, which presents the world’s best pieces of design.
Rothaus lies in the very heart of the Black Forest and, at roughly 1,000 meters, it claims to be Germany’s highest-situated brewery (although the folks from Mittenwald may think differently). However, Rothaus is definitely one of the most popular beers in the region and gains increasing numbers of fans all around Germany, especially for its Tannenzäpfle beer. A small fun fact: local myth has it that beer brewing was brought to the area to break the local mountain folks’ bad habit of heavy Schnapps-drinking.

We move on to Bavaria, the epicenter of German beer craft, where Lederhosen and wheat beer in oversized steins are still a common sight during folk festivals.
The state of Bavaria accounts for almost half of all German beer-making companies. This becomes obvious in the region of Upper Franconia, which is smaller than the London metropolitan area, but boasts over 200 breweries. For the record: in the charming Franconian city of Bamberg, the population of a mere 70,000 can choose between 11 breweries. A specialty is Rauchbier (smoke beer) which, unsurprisingly, tastes smoky and is reminiscent of ham or other meats. Rauchbier is certainly not everyone’s cup of…beer, but a culinary experience and definitely worth a try. Schlenkerla and Spezial are the two main Rauchbier producers.
Bavaria is also the site of the largest continuous hop-growing region in the world, Hallertau, as well as the oldest operating brewery (established in 1040), Weihenstephan.
Another highlight is Riegele in Augsburg, which has a wide range of specialty beers and has won several prizes. Moreover, the brewery is also home to Spezi, a mix of orange lemonade and cola and the definite drink of choice for kids in every beergarden.

Traveling back north, we pass Radeberg in Saxony, home to one of Germany’s major Pilsner producers and probably one of the best-known German beers internationally. Köstritz in Thuringia has one of the finest dark beers (Schwarzbier) on offer.

Sooner or later, your trip through Germany will bring you to Berlin. Although the capital lacks the major beer traditions of other regions, it still comes up with some nice surprises. In Nikolaiviertel, the cradle of Berlin, the Georgbraeu pub offers beer that is brewed right on the spot and is only available here. Berlin’s very own specialty beer is Berliner Weisse, a light beer with a slightly sour taste. The brew is usually served as Rot (meaning red, with raspberry syrup) or Grün (green, with woodruff syrup). If the alcohol content of 2.8% is not enough for you, order a Berliner Weisse mit Strippe, where caraway liquor is added. In parts of Saxony, for instance in Leipzig or Chemnitz, you may come across Gose which originated in the city of Goslar (hence the name) and is similar to Berliner Weisse.

Head north and you reach the coast, where the weather, the sea and the beer are rough. There are several tasty, full-bodied, no-nonsense Pilsners, hailing from breweries in Lübz, Jever, Flensburg and Dithmarschen. In Germany’s north, everything is somehow close to the coast, and some beers are even made on the islands, for example on Langeoog (Langeooger Inselbier/Island beer). In Hamburg’s notorious party-and-red-light-district of St. Pauli, Astra is the top dog. The brand is inseparably linked to the district and gets Germany-wide attention for its edgy advertisement.

Welde’s bottles were already listed as pieces of extraordinary design, so should the glasses made by Störtebeker in Stralsund, on the Baltic Sea’s shores. The glasses come in the shape of a sailing ship’s swelling sails. Moreover, Störtebeker has build a reputation for experimenting and producing some really fine craft beers.