Fuggerei: Here’s Why Rent Has Never Gone up in This Magical German Town 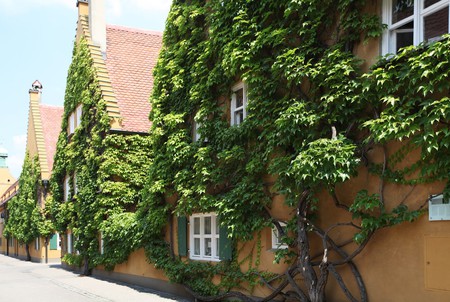 In a time when rental prices seem to skyrocket in every major city across the globe, and city-centre accommodation is scarce, a small community in southern Germany does not need to worry about increasing rent. For nearly 500 years, the rent for residents of Augsburg’s Fuggerei neighbourhood has remained the same – but why is that?

Not far from the city centre, a gated community of small mustard-plastered houses standing rank and file is home to 142 residents. It’s a tranquil place of idyllic courtyards and walls adorned with overgrown vines built on a 500-year-old agreement: Inhabitants of the Fuggerei neighbourhood pay no more than € 0,88 in rent each year – that’s about US$1. Yes, you read that correctly. 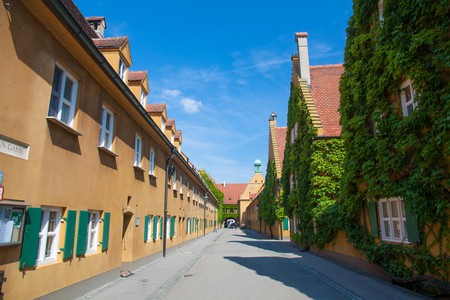 Since you’re probably wondering how and why that is, we take a short detour to the early 16th century and the life of the local Fugger family. When they settled in Augsburg in 1367, the Fuggers lived off trading woven goods, but the business-minded family quickly established important relationships and grew to be one of the wealthiest families in the city.

Over the years, they acquired vast properties and real estate across Augsburg and founded several social initiatives. Jakob Fugger had made a name for himself as the wealthiest banker in town, earning him the nickname Jakob Fugger the Rich. But in line with his family’s values, Jakob Fugger felt socially responsible and wanted to give back to the community in the form of affordable accommodation for poorer families.

The idea for the Fuggerei was born, and in 1521, he donated the land to establish a social housing complex – the world’s first – for families and individuals in need, but several conditions applied: residents were to be Catholic, registered Augsburg citizens and be well-reputed. 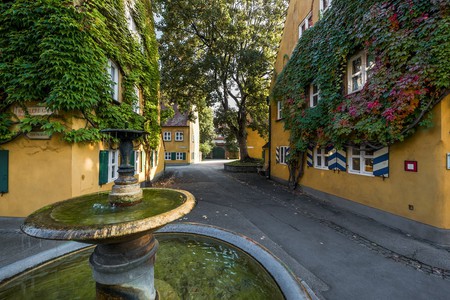 Successful applicants committed to praying for the health and prosperity of the Fugger family three times a day and accepted the 10 pm curfew. Back then, the agreed-upon annual rent for one of the apartments was one Rhenish guilder. Jakob Fugger set up a charitable trust to fund the social housing complex, and it still covers some of the costs today.

Both the Thirty Years’ War and World War II brought devastating destruction to the project, yet the Fuggerei was not only rebuilt every time but also expanded, always respecting the initially agreed rental terms.

The conditions have not changed until now. The curfew is a tad more relaxed, and residents who arrive back late at their flat tend to tip the guard if they do – but apart from that, the agreement is sustained. Completely disregarding inflation, the value of one Rhenish guilder equates to € 0,88 today, and that is the amount of rent that citizens of the Fugger neighbourhood are being charged to this day. 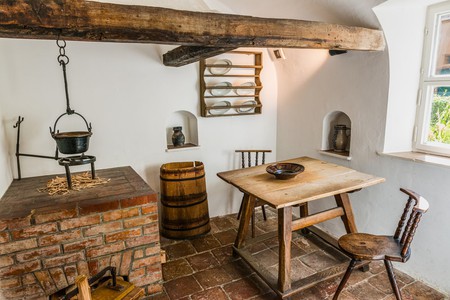 Tourists can visit the complex for an entry fee of € 4,00, and a small museum grants a glimpse into what the 60-square-metre flats looked like from inside.