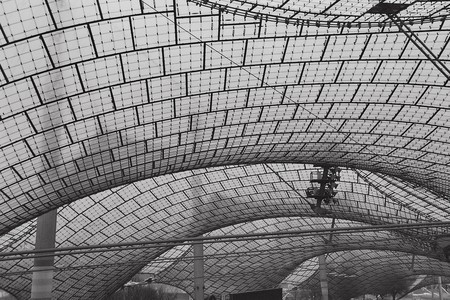 Fragility suggests instability, which would seem anomalous to any notion of architecture – a force of dematerialization injected into the process of construction. The architect and engineer Frei Otto (1925 – 2015), however, recognized the necessity of fragility in making space inhabitable – in facilitating cohabitation between the body and the environment. Fragility, in this case, indicates adaptability, responsiveness, and transience: qualities inherent to the natural phenomena that inspired Otto’s processes and structures. 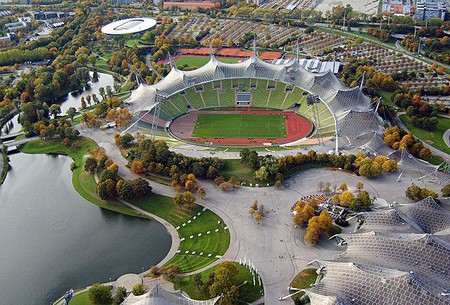 Viewing the future through the lens of the past

Clearly influenced by the Bauhaus, and having maintained relationships with some of its leading architects, Otto’s work and theorizations were rooted in and extended Germany’s rich architectural history of experimentation. Such innovativeness had manifested in concern for the effects of material and temporality on space – by looking toward technological development and the future – and the interrelationships between architecture, nature, and the body.

Serving in World War II, Otto experienced firsthand the impermanence and fragility of the human body, life and the environment, and was confronted with the presence of lack – of resources and materiality. This was the impetus for his focus on implementing minimal materials in the design of temporary enclosures. A connection has similarly been made between the experience of war and the use of fabrics – reminiscent of the military tent – in the work of German modernist architect, and the last Bauhaus director, Ludwig Mies van der Rohe, who had served in the First World War.

Indeed, an association can be made between Otto’s design of tentlike temporary structures and Mies’s use of literal fabric curtains in the construction of space. Much as Otto was drawn to the trade fair as a medium for experimentation – precisely because of its impermanent nature – in the 1920s, Mies, in collaboration with interior designer and architect Lilly Reich, similarly engaged exhibition design as a vehicle for structural and material innovation. 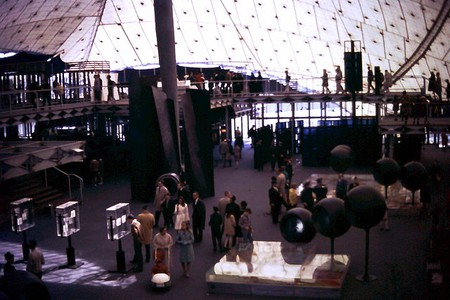 Mies and Reich’s design for a German textile industry fair in 1927 in Berlin – Velvet and Silk Café – incorporated the objects of display into the materials of the display itself, by suspending sheets of velvet and silk from steel poles to form airy, free-standing structures. Like Otto’s later ‘draping’ of flexible roofs over steel poles and cables, Mies and Reich’s hovering fabric ‘walls’ were innovative, both materially and structurally.

This mode of exhibition display was translated from the realm of the temporary fair to that of the domestic everyday in the design of the Tugendhat House (1928-30). In this house, located in what is now the Czech Republic, Mies and Reich introduced mobile fabric curtains as stand-ins for the stationary walls that would traditionally divide different functional spaces within the home’s interior: those of the dining room, living room, and study. Instead, an optional element of privacy was introduced into this ‘public’ realm of the house – flexibility imparted into an otherwise fixed space. The different sections of the house’s main level were simultaneously shared and self-contained, each with the potential to be enclosed, while remaining fully connected to the whole.

An experimental approach to structure was thus made functional, in a reexamination of the potentiality of public and private space. The curtains embodied adaptability and responsiveness, both to nature (depending on changes of daylight and season) and environment (depending on the occupant’s inclination for seclusion or integration). 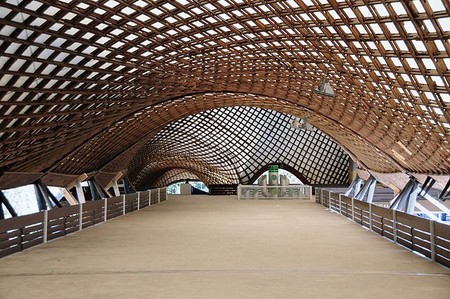 Looking to the forms and properties of nature in generating responsiveness to environment from within constructed enclosures, Otto’s materials and structures evoked the woven textures and canopying of fabrics. His netlike roofs – like the soap bubble that influenced his thinking about lightweight yet complete enclosures – allowed for the filtering of light and transformed with changes in atmosphere, ultimately engendering communicative, integrative environments.

Akin to the theorization of another member of the Bauhaus, Siegfried Ebeling in his ‘Space as Membrane’ text of 1926, Otto’s tensile membrane becomes a medium of exchange. The porousness of its fragile surface is a network that enables reciprocity: rather than dematerialization, space – for Ebeling, as well as Otto – is envisioned as material. Though rooted in the past, Otto’s projects and conceptions address the concerns of the present, looking toward the future – embedded in technological developments and environmental concerns. Otto’s experimentation continues to guide transformation in the ways public and private space is conceived; in the ways architecture can better integrate and adapt to the body and environment; and in its potential for promoting productive exchange.