Five Things You Should Know About Walter Gropius

Walter Gropius was a German-American architect, and founder of the legendary Bauhaus art school, whose deeply philosophical work revolutionized architecture. Though only a book could begin to do justice to his extraordinary life and career, here are five things everyone should know about Walter Gropius.

It was at the Bauhaus that art became a part of everything.

Art, to Gropius, was in everything and should be part of architecture. What is art but creation, what is architecture but creation? The Bauhaus’ curriculum included workshops that focused on art through craft, and it was here is that the slogan ‘Art into Industry’ came to being. From cabinetry to pottery – and, of course, architecture – students put the slogan into practice.

The public good of a building should be more important than private luxury.

For Gropius, an architect has social responsibilities, and should be aware of his construction’s effect. He founded The Architects’ Collaborative after he started teaching at Harvard in 1938. The group worked on various projects influenced by Gropius’ ideals. Six Moon Hill was a community housing development where the design and architectural elements encouraged social interaction, while maintaining affordability. There was an absence of ornamental fuss, with the emphasis rather on social function, holding true to Gropius’ modernist ideals.

Buildings should focus on the group rather than the individual.

The Architects’ Collaborative created houses designed with the community in mind. Intimacy, efficiency and simplicity all characterized their architecture. Unlike many condominiums, apartments and houses today, Gropius always built with a socialist mind – even when creating his own home. 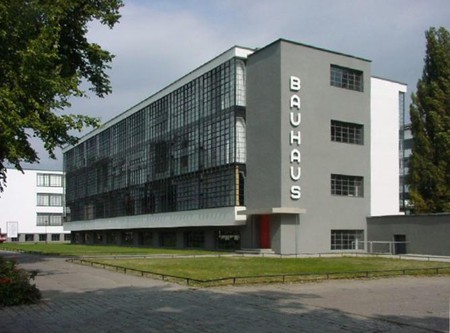 All of Gropius’ many projects took time, and his work has timeless meaning. His buildings, and his ideas, will continue to stand: his methods are still taught in schools, his physical works are still being celebrated. Gropius’ ideas on art, social awareness and functionality all come together through his work and have no barriers.