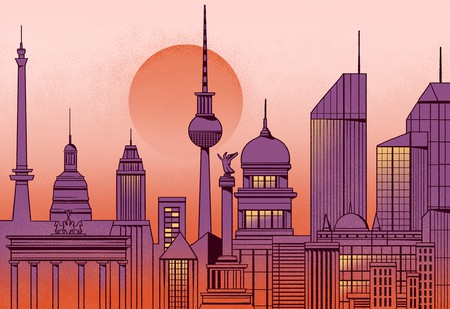 Home to diverse communities from across the world, Berlin is Germany’s most multicultural city. Meet the local heroes sharing their culture through social projects, creativity and, most crucially, food.

With residents hailing from around 190 different countries, Berlin is a living incarnation of the German word Multikulti – a slang word for multicultural, denoting an accepting and welcoming attitude towards different cultures and religions. With vibrant international communities dotted around the city, Berlin is home to a number of respected local heroes – pillars of their communities. Meet the DJ hosting Moscow house parties in Berlin, the mind behind a legendary noodle house and the shop owner fighting censorship with books. 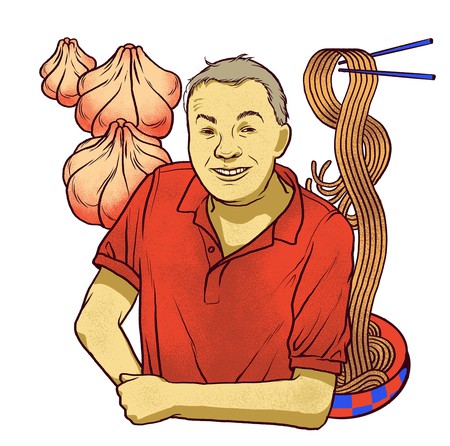 Lon Men’s Noodle House is a soul-food institution: the tiny Taiwanese eatery is locally famed for its warming noodle soups and hearty dumplings, served with lightning speed. Hsien Kuo-Ting and his family have been running the restaurant for almost 20 years, and you’ll see the patriarch hurrying around day and night: at the cash register, taking orders, then doling out fiery chilli wontons and the fragrant noodle soups. He hardly ever cracks a smile, but the deadpan jokes and attentive service make dining at Lon Men a warm, homey experience.

“There is a saying in Chinese: ‘When the tiger leaves the forest, the monkeys play like crazy,” he tells Culture Trip. “I supervise a lot. I am always checking for quality.”

Taiwanese cuisine, encompassing regional influences from Japan and southern China, keeps the restaurant constantly packed with patrons from across the world – and Kuo-Ting has even welcomed former Chancellor Helmut Kohl, best known as the Chancellor who presided over German reunification. 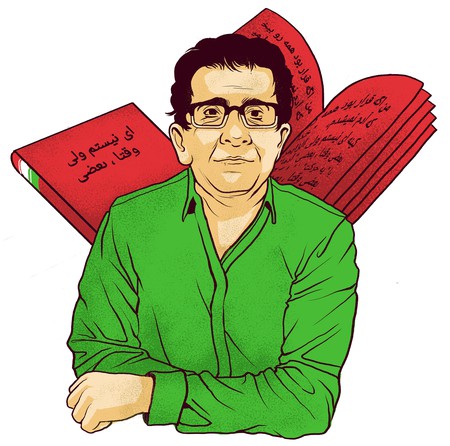 Hailing from Tehran, Abbas Maroufi can now be found at his Berlin bookshop, stocking and reshuffling colourful Farsi-language tomes. Maroufi is a well-known novelist himself, living in exile in Berlin for two decades after being sentenced to prison time and corporal punishment for criticising the Iranian government.

At Hedayat, Europe’s largest Persian bookshop, Maroufi offers the local Iranian community an abundance of titles in their native tongue. As well as being a hub of community life, Maroufi’s business is his own personal statement against censorship – the works of literary greats like Kafka and Beckett, banned in his homeland, can be found on Hedayat’s shelves. 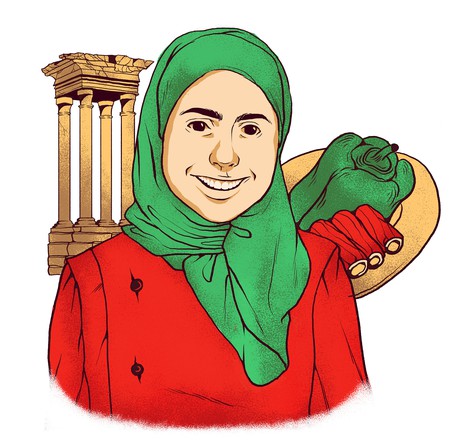 Self-taught chef Malakeh Jazmati pays homage to her homeland, Syria, by sharing its cooking traditions in Berlin. She arrived in 2015 from Jordan, where she had been living as a refugee, remotely hosting a cooking show for Orient TV, a Dubai-based Syrian opposition broadcaster.

Last year, she opened a restaurant, the eponymous Malakeh, serving traditional dishes such as mahashi (stuffed vegetables) and maqluba (an upside-down ‘cake’ of rice, vegetables and meat). The warm, charismatic chef’s goal is for Malakeh to be a home away from home for Syrians in Berlin like herself, an objective helped by the restaurant’s interior – furnished like a traditional Syrian living room with crochet decorations and dark wood furniture.

“I don’t know if we will go back to Syria again, and I don’t want anyone to forget the small things,” the 31-year-old says. “That’s why we do evenings with (Syrian) storytelling and music. I sit with my customers at the table, and we talk about food and memories. I think the positive energy helps.” 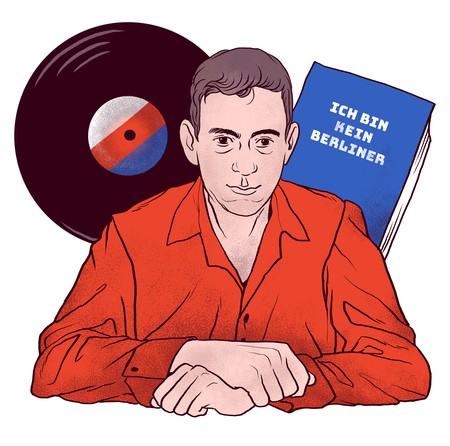 Moscow-born Wladimir Kaminer is a man of many talents. His bestselling book, Ich bin kein Berliner (I am not a Berliner), is a comprehensive guide to Berlin, chock full of satirical musings and insider tips from his over 20 years in the German capital.

Besides literary readings, he’s best known for DJing at the party series Russendisko (Russian disco), where clubs and bars across Berlin turn into a Moscow house party: think all-Russian music, from electronica to punk and ska, and copious vodka shots.

“Everyone comes here with a dream that never comes true, but the city changes people, they get to know other cultures and become world citizens in Berlin. As such, they dream differently,” he tells Culture Trip. 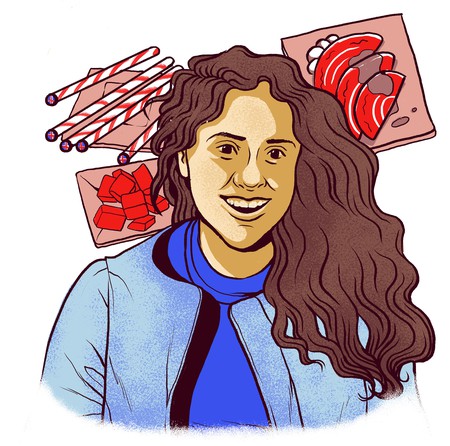 Kavita’s upbringing helped inspire the concept. Her parents are Punjabi, and she grew up in multicultural Birmingham with a “Persian auntie, Ecuadorian neighbours and exposure to different people and foods that really enriched my life”.

Street Food Thursday’s goal was to create a platform for foodies to find out about diverse cuisines – and a diverse Berlin – one bite at a time. “There were loads of young immigrants from all parts of the world, who had parts of their culture they wanted to share with Berliners that wasn’t represented over here,” she explains to Culture Trip.

She is currently completing a university anthropology project, researching the links between food practice, culture and identity amongst second- and third-generation immigrants in Berlin and London. 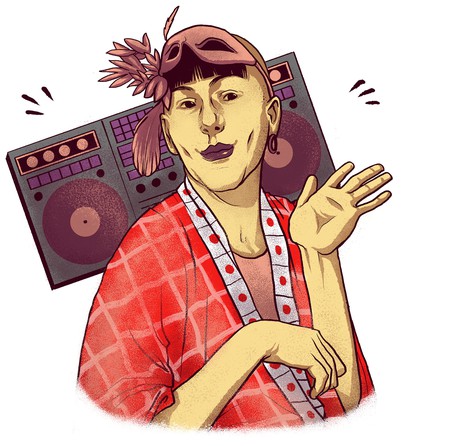 Since 2010, Nobuhiro Mitani has been organising the Japanese party series Anko Kai around Berlin. You never know what to expect at the monthly gathering – Japanese DJs spinning pop and electro, hipsters playing dress up, drag queens and a crowd of “hairy geishas and yakuzas with boobs,” as the Facebook page proclaims. The parties simply merge Nobu’s divergent creative passions; besides Anko Kai, he is also a photographer, illustrator and contemporary dancer.

Anko Kai is free-wheeling and flamboyant, but Nobu stresses it’s a family-friendly affair bringing together Japanese people who, like him, were attracted by Berlin’s open-minded, progressive spirit. Some of the guests come with their children, and over the years, the party-goers have become like family, he told Culture Trip. 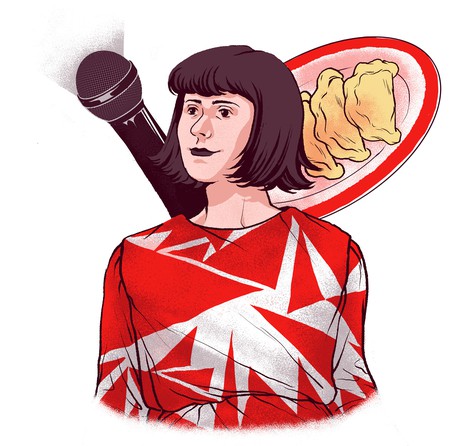 Foodie and jazz singer Julia Bosski is the founder of Polish Thursday Dinners, a supper club celebrating Polish cuisine. She regularly showcases up-and-coming chefs from across the border and recently started hosting dinner events with Berlin-based chefs in Warsaw, too.

Borscht, pierogi, sauerkraut – Polish staples receive creative fine-dining twists. Julia flutters around the room, hugging guests and handing out vodka shots. The Polish regulars, always a diverse mix of grannies, techies and fashionistas come here for a taste that unites their past and present.

“(The event) not only shows Poland in a new shiny […] way but also proved that Poles have nothing to be ashamed of, coming from the Eastern bloc,” she says. 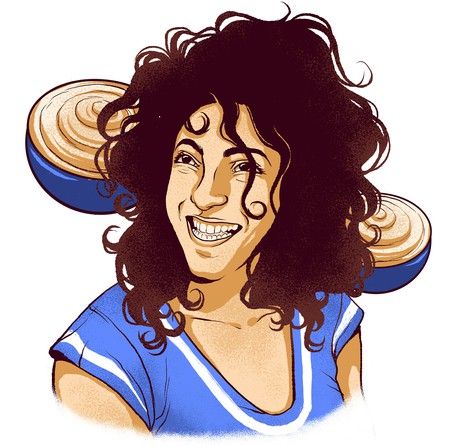 Shani Ahiel is the larger-than-life woman behind two Israeli restaurants, Yafo and Shishi. Both emulate the frenetic kitchens of Tel Aviv – at cosy Yafo, hummus plates are dashed between tightly placed tables, the DJs are loud but laughter is louder, and servers take shots with you. The bubbly vibe is Shani personified, and her restaurants have become a stomping ground for many Israelis missing the high energy and fresh flavours of their homeland.

“I think Yafo brings the Tel Aviv vibe to Berlin,” she tells Culture Trip. “It’s my favourite city in Israel, a city where Jews and Muslims live together. We have a lot of Israeli customers […] I think they feel like they’re home the minute they step inside our kingdom.” 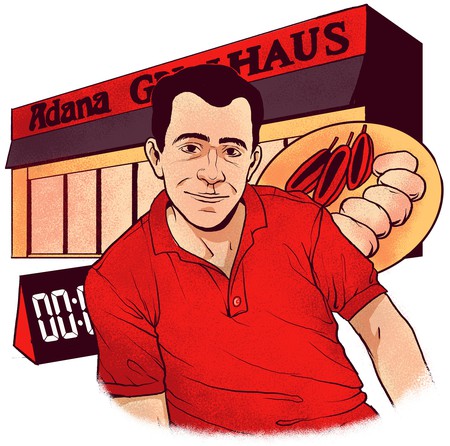 If you’ve ever been to the iconic Turkish restaurant Adana Grillhaus in the middle of the night, you’ve probably been served by Ali – he’s easy to remember, always smiling and delivering quick, friendly service even at 3am. Ali has been working the night shift at Adana for about nine years now. Among his regular guests are Berlin’s Turkish community – which stands at around 177,000 and is the largest Turkish community outside of Turkey – (especially taxi drivers working late) and local restaurant workers seeking solace in grilled meats after their own long, stressful nights in the kitchen. For them, Ali is certainly a hero, but he enjoys the work just as much. “You can always be proud of what you do if you do it well,” he tells Culture Trip.