Everything You Need To Know About Krampus, Germany's Scary Christmas Tradition 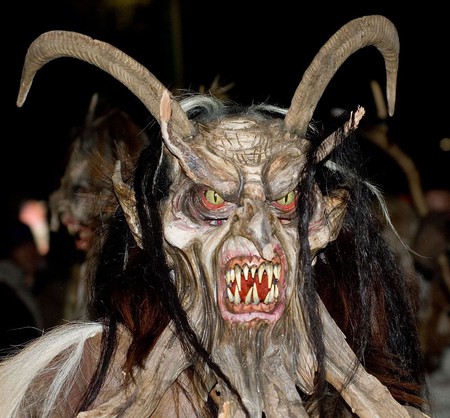 While most cultures have warm and cozy traditions and motifs linked to the holiday season, something else has emerged from German curtness and rule-oriented mentalites. With this in mind, the Bavarian legend of Krampus begins to make a bit of sense. This horrifying creature appears each year, ready to punish the naughty. Here is everything you need to know about him. 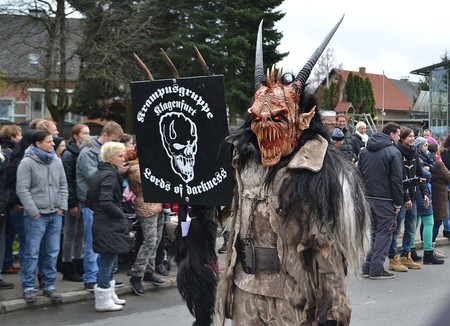 Let’s start with a visual. Krampus is a gangly, demonic anthropomorphic goat with a long tongue, fangs, and a set of pointed horns. He chases people — especially children — around with a switch. It is probably apparent that this creature is the utter antithesis to the beloved character of Santa Claus. Indeed, getting paid a visit by Krampus after a year of misdoings is a lot more hardcore of a punishment than merely receiving coal in your stocking.

No doubt, the introduction of Krampus into the equation creates a punishment-reward dynamic to the Christmas tradition of gift-giving. In fact, instead of merely chasing the misbehaved youths with a stick, he is known to eat them, drown them, and transport them in a sack down to hell. The latter portion of the folktale is said to be derived from the era of the Moorish raids in Europe, where people where people were kidnapped and sold into slavery. 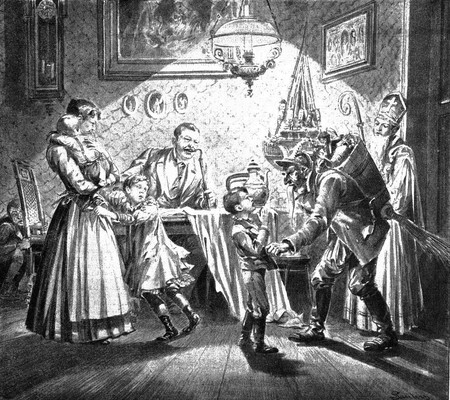 Visit by Saint Nicholas and Krampus, Image from 1896 | © Wiener Bilder/WikiCommons

It is likely that Krampus emerged from Germanic pagan traditions, though his exact origin is unknown. Historians also believe that the use of a birch stick for beating children is supposed to symbolize a phallus. For many reasons, the persona of Krampus could be described as schauriglustig, which roughly translates to mean ‘dreadfully comic.’ Krampus is often portrayed with chains, another allusion to the Christian devil and the tradition of attempting to bind him. However, due to his likeness to the Christian devil, Krampus was banned in Germany, Austria, and elsewhere, throughout much of the 20th century.

Today, the story of Krampus is brought to life each year with the alcohol-fueled Krampusläufe, annual parades where people dress up in astonishingly vivid and frightening renditions of Krampus, as a means of scaring any ghosts from the village. Krampuskarten, holiday cards with the likeness of Krampus are also exchanged.

While there is certainly debate as to whether this holiday is appropriate for children, it continues to be celebrated throughout Bavaria, Austria, Central Europe, and beyond. In 2012, there was even a horror film released in the U.S. titled, Krampus, The Yule Lord. Nonetheless, it’s safe to say that the handcarved wooden masks and elaborate costumes used in the Krampusläufe are far more terrifying. 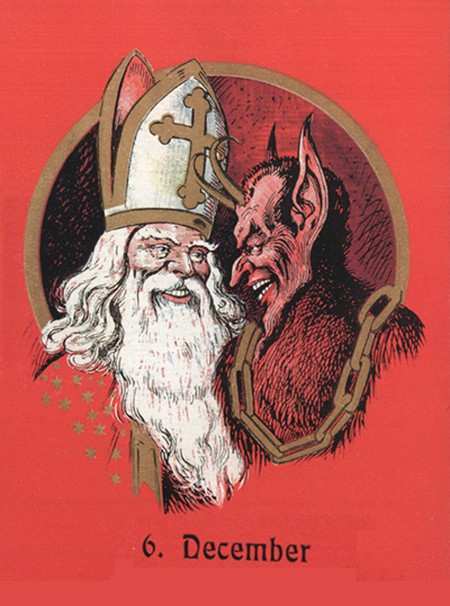