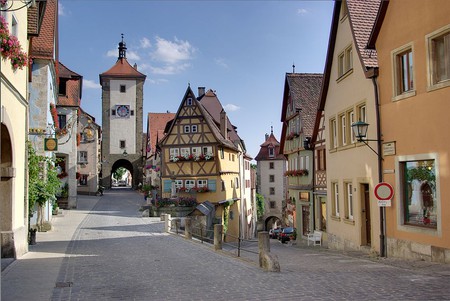 Aside from the big cities and the obvious points of interest, Germany is home to some pretty astounding hidden gems, including natural wonders and quaint villages that have been seemingly untouched by the hands of time. Rothenburg is the complete embodiment of the latter case.

Located in Middle Franconia, Rothenburg is primarily known for the extraordinarily well-preserved medieval town situated in the midst of pristine Bavarian landscapes. The village draws visitors throughout summer and winter for myriad attractions. It can be accessed through southern Germany’s famed Romantic Road, which features a number of famous castles and picturesque vistas, as it was a historical transit system for merchants during medieval times. 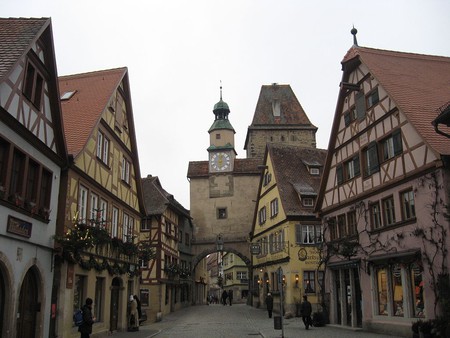 A place long renowned for its beauty

Situated on a plateau overlooking the Tauber and first established in 950, Rothenburg ob der Tauber, meaning ‘red fortress above the Tauber River’, was once known for its red-roofed houses. About 100 years later, the Rothenburg Castle was erected here. During the following centuries, Rothenburg was a prosperous and expanding Free Imperial City under the Habsburg Empire.

In the 1930s, Rothenburg gained the interest of the Nazis, representing the ideal ‘German Home Town,’ and it played an important propagandistic role in the regime. Thanks to its quaint charm, Kraft durch Freude, the same Nazi tourist organization that oversaw the Prora resort in Ruegen, also organized trips to the town for this very reason. Many of Rothenburg’s citizens were themselves supporters of the Third Reich thanks to the praise they continually received.

The town, however, was saved from destruction at the end of World War II when the local military personnel peacefully surrendered it to Allied forces. People from around the world contributed donations for repairing what damages there were after the war.

Aside from the Nazis, many films, books, and artworks have derived inspiration from Rothenburg, including Chitty Chitty Bang Bang, Harry Potter and the Deathly Hollows, and Willy Wonka and the Chocolate Factory. 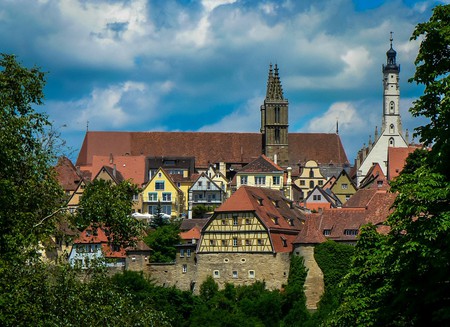 Today, the town is home to a number of different attractions, which tell the story of its intriguing past. Winding cobblestone streets yield to buildings such as the town hall, which functions as a perfect example of brilliantly preserved Gothic and Renaissance architectural styles, adorned with ramparts and oriels. Such places exist amid homes with gabled roofs affectionately decorated with flowering window boxes in the spring and garlands in the winter. There are also lush gardens that have inspired many others worldwide. There’s also the Roedertor Tower in the east, where tourists can climb 61 meters and catch an astounding view of the city below. 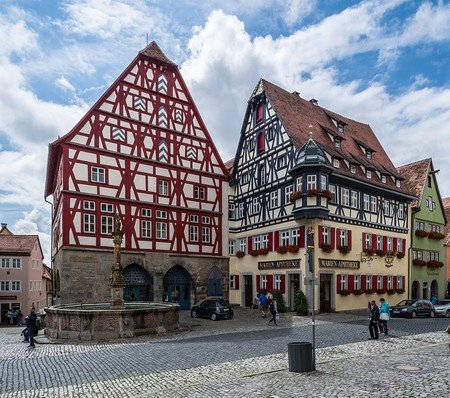 Hotels, restaurants, and museums exist in clusters in the German town, and they are dedicated to providing culturally and historically accurate renditions of life in Rothenburg. The Criminal Museum is a particularly popular attraction, with its legal texts and torture devices dating back to medieval times. Meanwhile, for those who visit in the summertime but would like a glimpse at what all the yuletide hype is about, Rothenburg also has a Christmas Museum, which is open year-round.

With all this being said, what really garners the most interest of people today is its breathtaking Christmas Market, known as the Reiterlesmarkt. More than just about anywhere else in Germany, the Rothenburg Christmas Market allows visitors a chance to step back in time amidst the snow-covered medieval buildings decorated in string lights, where the smells of stands and cafés waft through the air – try the Schneeball, a ball of fried dough covered in chocolate or powdered sugar. Plus, there are myriad handcrafts and Christmas ornaments up for sale. For one evening, it is possible to be completely immersed in a different, utterly idyllic era that is nothing short of a fairytale. 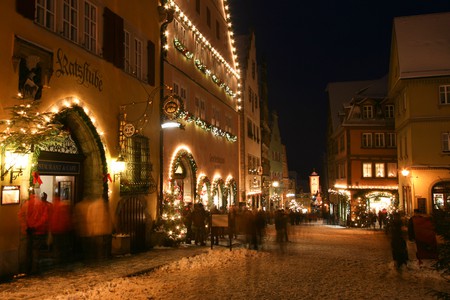 © Brian Wiese/Flickr
Give us feedback