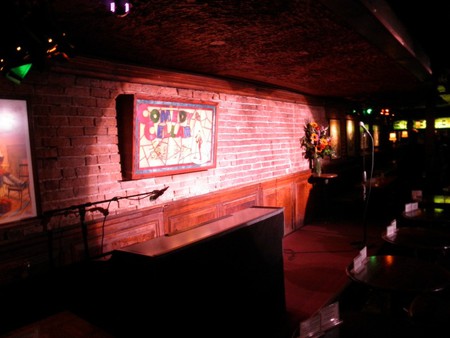 The Comedy Cellar stage, one of the locations that the "Louie" show is filmed.

One of the two major English-language comedy groups, the English Improv network, return this March with another of their jam sessions. For those unfamiliar with the work of the English Improv network, the team performs classic improv skits and does improv games too. At this performance, at their spiritual home at T Berlin in Kreuzberg, the team will do a mismash of their own brand improv comedy. Guests are invited to sample some of T Berlin’s excellent brews (cups of tea or otherwise) and take a seat as the team leads the audience through a staggering array of scenes. These events are typically sold out, so a reservation and early arrival is advised.