Eerie Abandoned Places In Germany: Explore At Your Own Risk 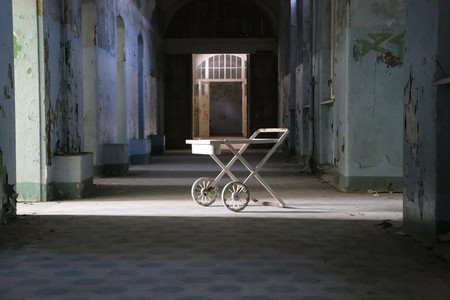 Largely thanks to its troubling past, Germany is home to a surprising number of abandoned buildings. Each of them has its own unique story, and almost all of them are accessible to visit, though in the case of some it is particularly discouraged by local officials to do so. At any rate, here are some of the most intriguing, deserted spots around Germany to seek out and explore. 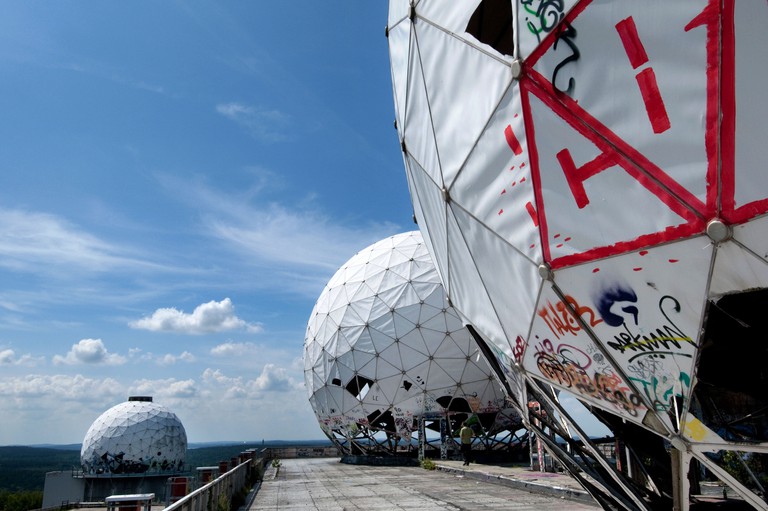 Teufelsberg is a former US listening station in Grunewald Forest | © pictureproject / Alamy Stock Photo
Teufelsberg in Berlin’s Grunewald Forest is as creepy as it is intriguing. Located to the west of the city, Teufelsberg is a former radio tower used by the United States to spy on the Soviets during the Cold War. The infamous NSA even had dealings here. It is situated at the top of a man-made hill cultivated from rubble after WWII and, standing over 120 meters tall, it constitutes the highest point in the city. Furthermore, the tower was erected over a former Nazi educational facility. When the name is translated into English, it means ‘Devil’s Mountain,’ so enough said.

Not only are the views of Obersee Lake in Berchtesgaden National Park utterly epic in their own right, but this teeny, red boathouse adds so much depth to the popularly circulated images of this natural wonder in Bavaria. The boathouse looks radically different depending on the photographer behind each image, which makes it even more intriguing. Not much is known about what this little house is doing here, so well preserved at that. Indeed, it beckons the curious to come and see for themselves. 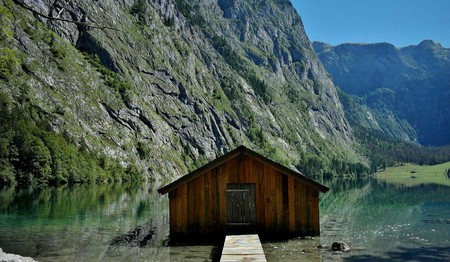 One of the most famous abandoned places in Germany is Spreepark. Enter at your own risk to unearth the hidden secrets that still exist in this Soviet-sponsored amusement park in the former East. Hailing back to the late 1960s, it was the only one of its kind in the GDR, when it was known as Kulturpark Plänterwald Berlin. The site was promptly abandoned and left to ruin after the fall of The Berlin Wall. The park consisted of over 29 hectares worth of land, and is situated along the Spree. We should warn you, however, that exploration of this site is growing increasingly risky, as the old park has experienced a surge of visitors in recent times and local law enforcement is not pleased about it. 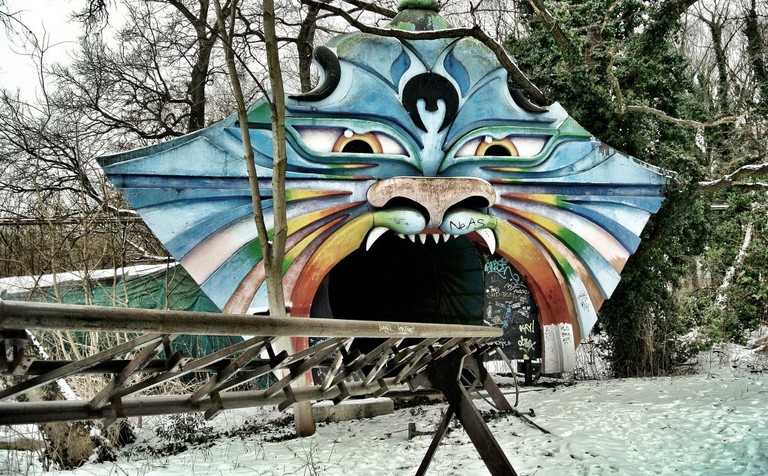 Berlin’s Bierpinsel Tower looks like something that more aptly belongs in a city like Tokyo. Completed in 1976, this colorful tower with a bulbous head can be found in the neighborhood of Steglitz. After a series of failed business endeavors, this place has remained abandoned since 2006. While it wasn’t the intention of the architect, Bierpinsel Tower resembles something akin to a spy tower, which is not exactly ideal considering the city’s history and sensitive relationship with surveillance. Unlike some of the other places on this list, Bierpinsel Tower is quite accessible, and even difficult to miss. While trying to go inside is not recommended, the exterior is quite photogenic. 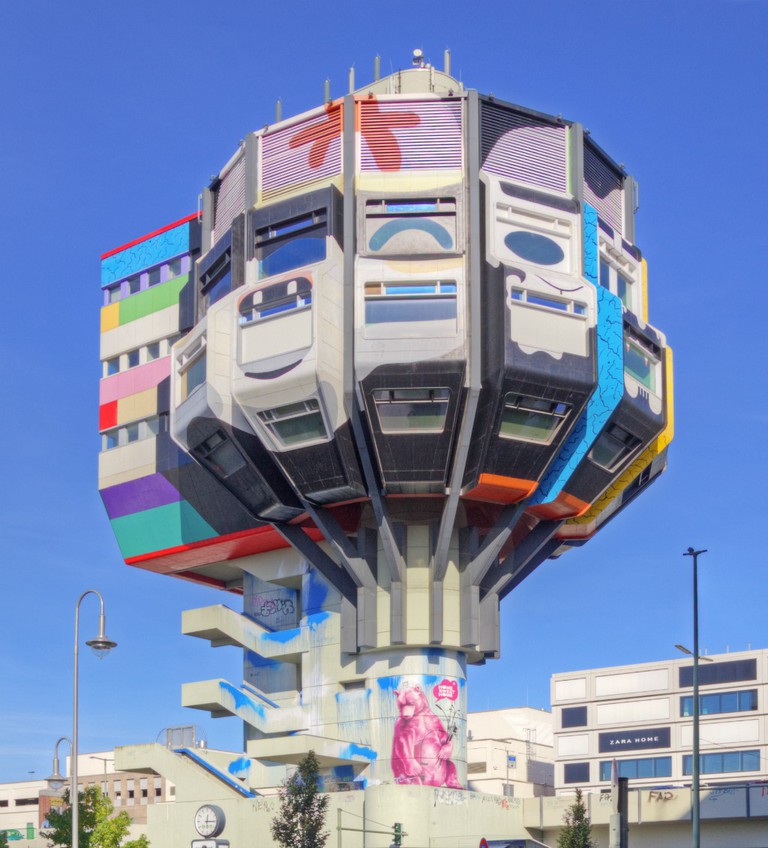 Germany is filled with an astonishing number of abandoned hospitals, sanatoriums, asylums, and crematoriums. One such place is Heilstätte Grabowsee in Oranienburg. This facility was formerly used as a tuberculosis hospital, operating between the years of 1896 and 1945. According to the website dedicated to this former hospital, Heilstätte Grabowsee has been the subject of plenty of folklore over the years. Located on a massive plot of land, some question whether undisclosed human testing and experimentation happened here. Find this spooky place about one hour north of Berlin. 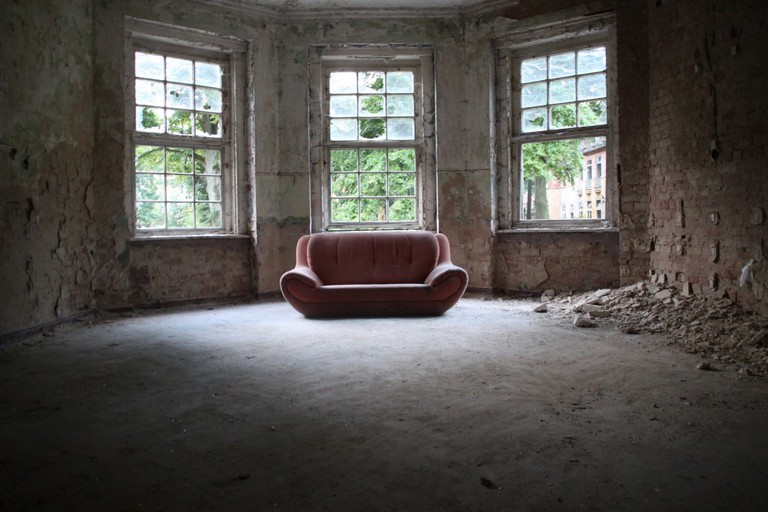 The controversial 1936 Olympic Games were held in Berlin under the Nazi regime. Today, relics from those times still remain. Olympiastadion, the massive Olympic stadium complex built for the games, is still in operation today, hosting concerts and functioning as the home of the famous Hertha BSC football team. Another site that hasn’t exactly aged too gracefully is the Olympic Village, which is located to the west of the city center. The commander who led the project, Hauptmann Wolfgang Fürstner, was demoted from his role because of his Jewish heritage, something that ultimately prompted his suicide. Today, it is possible to visit this mysterious, abandoned place, but there are plans to renovate and refurbish it in the near future. 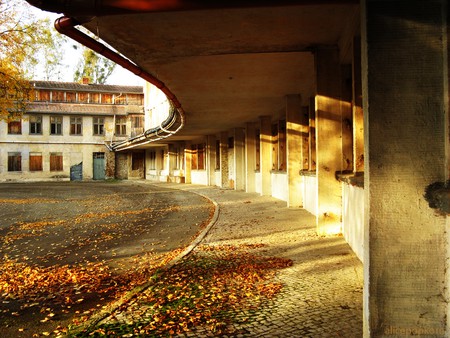 Probably the most commonly photographed abandoned spot in Berlin is the Military Hospital Beelitz. After the war, the Soviets converted this space into a military hospital. It was also a sanatorium, primarily used during the First and Second World War. Hitler himself was once a patient here after sustaining ailments incurred during WWI. It is remarkably well preserved, where even the glass in the windowpanes can still be found intact. Some visitors have even said that the place is still riddled with the scents of the strong disinfectants used when the hospital was still in operation. 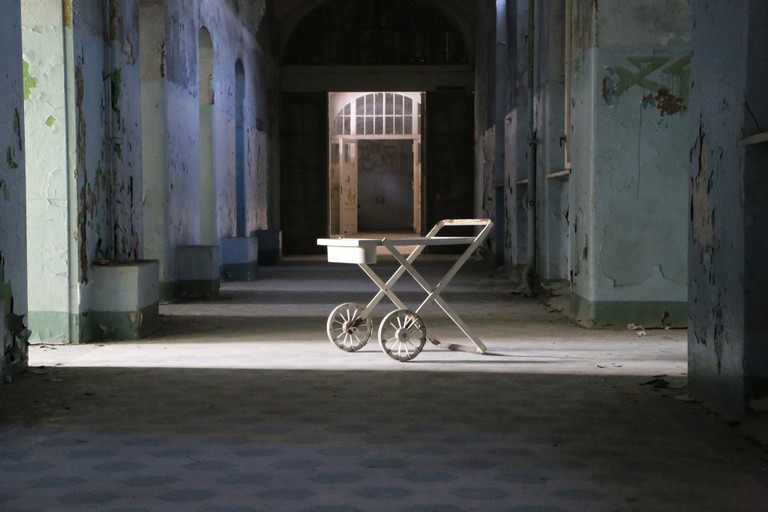