Discovering The Bike Culture In Berlin

Wandering through an active Berlin neighborhood such as Kreuzberg, it is easy to spot a bicycle shop or repair service on most streets. Bike storage, extensive lanes, and bike rentals around the city also encourage and accommodate cycling as not only a viable mode but a principal mode for traversing the city, for residents and visitors alike. Designated cycling routes, city tours by bicycle, and other cycling events, further cement the activity’s standing not only as a reliable means of traveling from one place to another but of fully exploring and experiencing all the city has to offer.

Tracing a historic line through the city

One series of bike tours follows the former trail of the Berlin Wall. Cyclists have the option of either following the classic, historic route, which hits all of the major monuments and icons; or embarking on one of the several suggested variations of the journey, and discovering less well-known streets and buildings suited to a particular interest. Just as the remains of the Berlin Wall have become a canvas shared by many artists leaving behind traces and overlapping expressions of creativity, so too does the tailoring of cycle routes allow for the creative exploration of this much-travelled path. 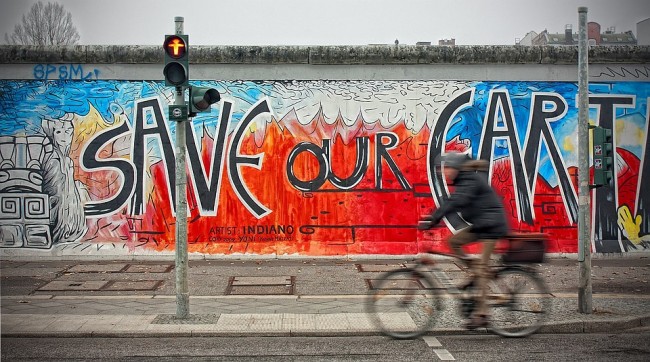 Choosing your own adventure

Comprehensive handbooks and a selection of tour operators offer cyclists the opportunity to research and plan their own self-guided tour or join a guided tour group. Tour agencies such as Berlin on Bike, whose tagline is ‘Experience Berlin’, offer a range of guided tour options geared toward specific seasons and times of day, tourist highlights, or an ‘alternative’ journey through the city. Whether in a small group or on a private tour, experienced and knowledgeable guides take cyclists on an interactive exploration. Whereas tours by bus provide a more distanced view of the city, which resists full integration into its dynamic environment, bike tours allow a view from within, a close-up look at its hidden depths in which the cyclist participates in creating the panorama as it is being viewed. For those keen to adventure on their own, such agencies also offer bike rentals by the day or week. When venturing out without a guide, a measure of guidance is offered in the form of handbooks, such as Michael Cramer’s Berliner Mauer-Radweg which is a detailed book of numerous tours specifically designed around the path of the Berlin Wall. Whichever way a cyclist chooses to discover Berlin, there is always an aspect of autonomy, control of pacing and the ability to stop as desired. This autonomy is also melded with a sense of being part of the community, even if you’re just a visitor to the city. 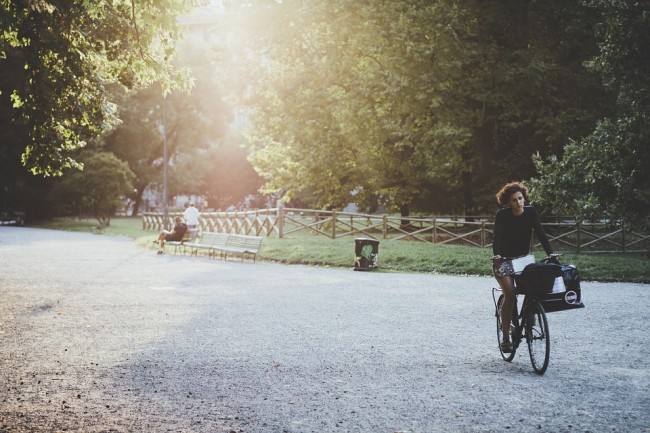 Cycling is woven into the fabric of the city. The paths, those already laid and those still to be forged, weave the city’s history and its present together in a vibrant tapestry. This tapestry is not intended for passive, static viewing, but is to be experienced physically, in motion. Cycling through, around and across Berlin allows cyclists to write a unique story while taking in the city’s rich history. 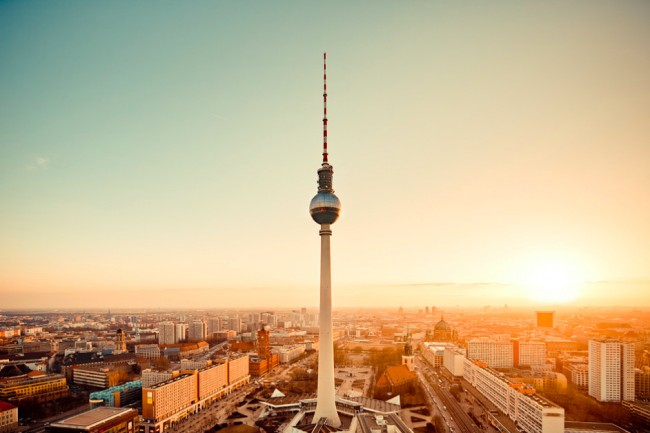