Discover The Depths Of The Bass Voice 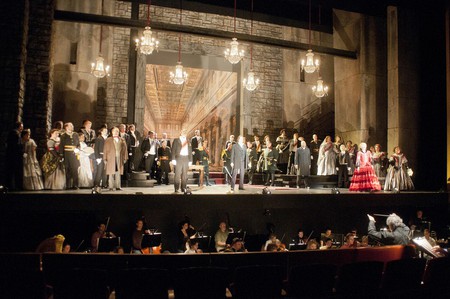 How low can you go? Culture Trip gives you an insight into the lowest, deepest voice of them all: the bass.

For those of us familiar with the tonal system, the usual range of a bass goes from the second F below middle C to the E above middle C with a comfortable range somewhere in the middle. The darkest black a bass voice can get is called a dramatic low bass, or in German a ‘schwarzer Bass’, which literally means black bass. This type of voice sounds really dark and dangerous and reaches down to the low D, and is featured in The Knight of the Rose by Richard Strauss.

For those of us who are not familiar with the musical note system, the bass is the deepest position of a man’s voice. Unfortunately, a true and pure bass voice is very, very rare, which explains the rather small repertoire written for it. It is suspected that only five percent of all men who sing bass actually have a true bass voice. But why is this? Mainly, it’s because the range and ability of a person’s voice is given by nature. You are either born with it, or you’re not. With proper training, someone’s range can be expanded by two notes at the top and at the bottom, but the main timbre is up to mother nature. Of course, a singer has to undergo huge amounts of training to be able to sing a whole classic opera. Most of the times men have a voice called bass-baritone which allows them to sing both baritone roles and bass roles.

German opera singer René Pape is gifted with a wonderful bass voice. He is one of the few active singers in classic opera with this range and timbre. In the video below you can hear him interpret one of the most prominent bass rolls in the classic repertoire, Sarastro from Mozart’s Magic Flute.

The bass can also be found in popular music. For example, there is Barry White, Larry Graham, who was well able to sing both tenor and bass, Alex Band from The Calling, and Isaac Hayes to name but a few. A fun fact as to why women are more attracted to deep voices: men with low voices are in most cases taller than others and have a higher level of testosterone, which triggers the biological receptors for attractiveness in a woman.