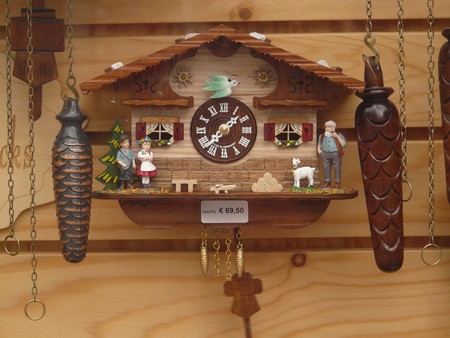 Cuckoo clocks are easily the most favorite souvenirs for travelers to bring home from Germany (especially the Black Forest). Indeed, cuckoo clocks have graduated from being a souvenir to becoming a cultural icon of the country. They are available in thousands of various sizes, shapes, styles, and prices. Let’s go back in history and find out how these beautiful timepieces came into existence.

The first mentions of the cuckoo clock

In 1650, legendary German scholar Athanasius Kirche described the mechanism of a cuckoo in his book Musurgia Universalis. Kirche had no role to play in the invention of the cuckoo—he was merely documenting facts. The first known reference of the cuckoo as a device for telling time is in the book Horologi Elementari, written by Domenico Martinelli in 1669. 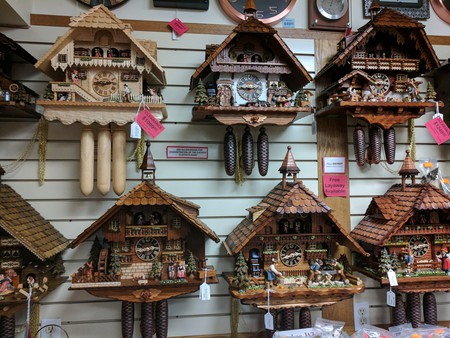 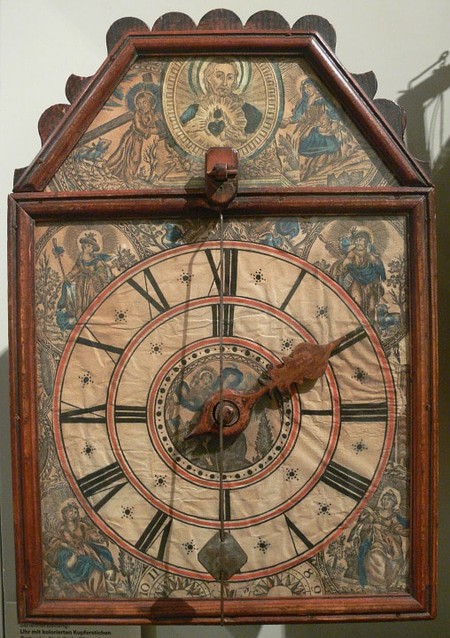 The design that changed everything: the Bahnhäusle style

Robert Gerwig, the director of the Baden Grand-Ducal Clockmaking School in Furtwangen, hosted a clock-designing contest in 1850. The entry by architect Friedrich Eisenlohr consisted of a standard railroad guard’s residence made of unstained-wood, fitted with a clock dial. The model was adorned with symmetrical fretwork and grapevines. This original idea was vastly appealing and went on to become a prototype of the house-shaped cuckoo clocks we see and love today. 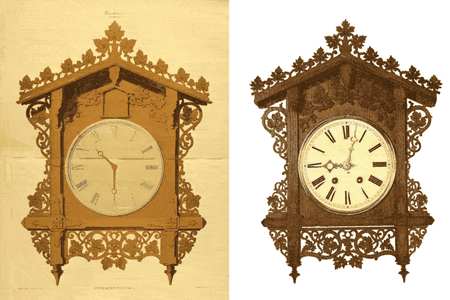 The first cuckoo clocks of the Black Forest

Nobody knows for certain how cuckoo clocks came to be produced in the Black Forest or exactly when. Some theories suggest that by the late 17th century, farmers in the region had learned to make cuckoo clocks out of wood collected from the forest in order to supplement their earnings in colder months. While this can’t be proven, there is enough evidence to suggest that by the mid-18th century, several clock-makers in the Black Forest were adept in hand-carving wooden cuckoo clocks. However, cuckoo clock production remained a small and niche segment for the next couple of centuries. 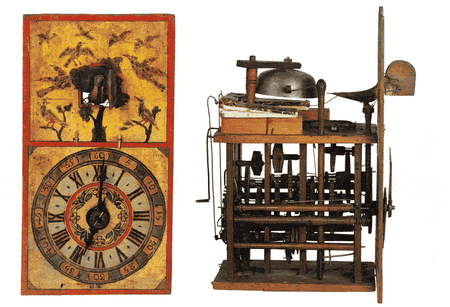 Over the centuries, the production of cuckoo clocks in the Black Forest has evolved with rapid technological developments as well as demand, but clock-makers from the region still strive to maintain the same authenticity and workmanship displayed by their ancestors. 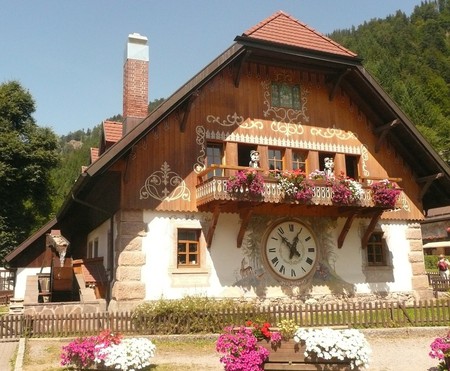 Cuckoo clock in Ravenna Gorge | © pixabairis / Pixabay
Give us feedback