Cologne vs. Düsseldorf: Which European Carnival is For You? 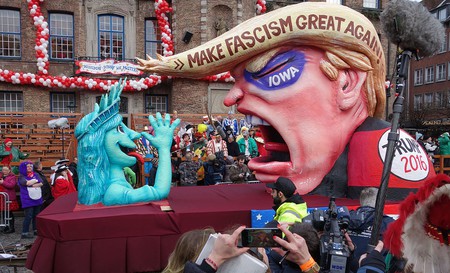 Ask any German: There are two carnivals to attend in Germany, Cologne’s and Düsseldorf’s. Cologne is the old Roman Mecca, steeped in Catholic history, including a stunning 800-year-old cathedral. Düsseldorf, on the other hand, is the cleaner, polished brother. While Cologne became a manufacturing town, Düsseldorf donned suits. Today, the two rival cities, separated by just 20 minutes, despise the other’s taste in everything from beer to carnival. So how do you know which is for you? Follow this checklist.

Would you prefer a big or small celebration?

The Kölner Karneval mantra is seemingly “go big or go home.” It is among the biggest in Europe, with one-million attendees, 75 floats, and 140 tons of candy tossed. It’s a fest unlike the rest. Düsseldorf is quite quiet by comparison, with less than half the number of attendees, fewer floats, and less candy. That said, what Düsseldorf lacks in size it makes up for in alcohol consumption. The city’s Altstadt transforms into an intimate gathering at “the longest bar in the world,” where revelers drink their Alt and more Alt… and more Alt. 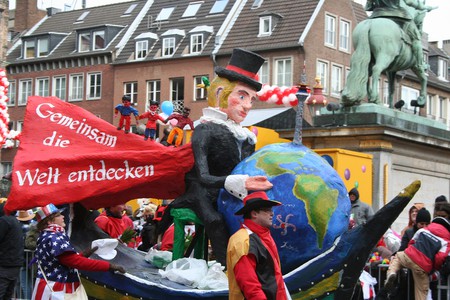 How quirky are you willing to go?

Cologne is the San Francisco of Germany. It’s quirky, hippie, and, occasionally, it doesn’t wear shoes to work. Düsseldorf, on the other hand, wouldn’t be caught dead without a nice button-down. While Düsseldorf is seen as posh, Cologne is seen as weird. Carnival in Düsseldorf is satirically Juvenalian – scathing in its mockery. It’s the city that caught some flack for floats that “offended” Poland’s PM, refugees, migrants, and even Donald Trump. Cologne, contrarily, acts like the hilariously Horatian figure – light-hearted, there for a laugh. It’s less critical – unless you’re not wearing a costume, of course – and simply embracing the “weirdness” of it all.

Perhaps the most important consideration: How do you like your beer? Light and reminiscent of a pale ale or something darker and old school. Kölsch, the traditional beer of Cologne a is golden, top-fermented brew that is the closest traditional German beer to a British pale ale. It’s poured in thin 0.2 liter cups and designed for mass consumption – literally you’ll drink 10 before you even realize it. Altbier, the Düsseldorf beer, is, like Kölsch, top-fermented, but in an old-world style. The beer’s dark and hoppy, and, like its neighbor, is consumed in tiny glasses designed to be consumed by the dozen. It sounds ridiculous, but your beer preferences need to be taken into consideration because you’ll be drinking a lot of it. Just know: never order an Alt in Cologne or a Kölsch in Düsseldorf; locals don’t take too kindly to that. 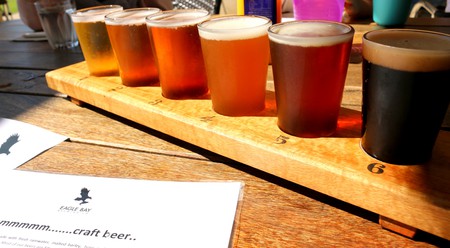 How do you like your beer? | © Tama Leaver/Flickr
Give us feedback