Coldplay Invites German Fan Onstage to Play Piano, and He Absolutely Nails It 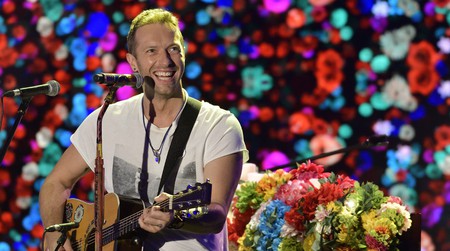 “Oh shit, I might as well go home. Thank you very much, I’ll see you later, you do the concert.”

Coldplay frontman Chris Martin was clearly joking around, but the point was clear: 19-year-old German fan Ferdinand Schwartz was plenty capable of handling piano duties for the band’s performance of “Everglow.”

We’ve all dreamed of being pulled onstage during a concert to play with our favorite artist at one point or another, and as Schwartz demonstrated during Coldplay’s June 6 stop at the Olympic Stadium in Munich, Germany, it might be as simple as holding a sign that reads something like, “Can I play ‘Everglow’ for you?”

Chris Martin, thank you so much for your trusting me and bringing me up on stage to play Everglow with you tonight, one of the most beautiful Moments of my life! You really didn't have to do this but you did, thanks for this Adventure of a Lifetime! Much love 🙏🏼❤️💛💚💙💜 #coldplaymunich #everglow #piano #thankyou @coldplay (the video is on yt and Coldplay's facebook if you wanna check it out)

Martin asked Schwartz several times if he was serious about jumping on the keys as he made his way over the barricade, and like a grade-A hardo, Schwartz responded with a cool nod.

“I think it’s important for Britain and Germany to work together,” Martin half-joked. “Let’s try and keep relations in Europe good by bringing him up.”

Walking up the stage’s stairs, Schwartz briefly floundered with his phone before Martin assured him that he would not need to record this bit of the show. “Everybody’s filming it,” Martin said, giving Schwartz a pat on the back.

Then, before Martin could finish asking Schwartz if he knew how the songs started, the German fan hammered out the opening chords to huge cheers from the crowd, Martin pretending to hand the concert’s reigns over to Schwartz.

After racing out the gate a tad too fast, Schwartz synced up with Martin, and the result was nothing less than stunning. The band was so impressed they shared a video of the performance on their Facebook page.

“Chris Martin, thank you so much for your trusting me and bringing me up on stage to play ‘Everglow’ with you tonight, one of the most beautiful Moments of my life!” Schwartz wrote in an Instagram post. “You really didn’t have to do this but you did, thanks for this Adventure of a Lifetime!”

Prior to their date in Munich, Coldplay made an appearance at the One Love Manchester concert, where they performed their waterworks classic “Fix You,” as well as Martin leading a rendition of Oasis’ “Don’t Look Back In Anger” alongside Ariana Grande.