Candida Höfer | Architecture, Through a Lens 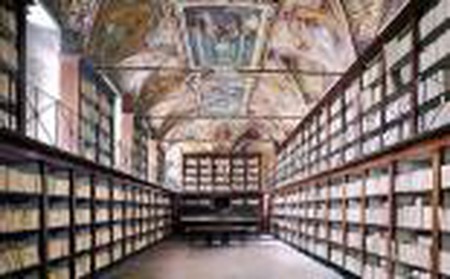 The work of German photographer Candida Höfer can be found in many of the leading galleries in the world. Her photographs of libraries, galleries and zoos are free of people, creating a dreamy ambience prompting contemplation of architectural forms and the role of the missing inhabitants. Höfer’s works do not however, demand or impress upon the viewer any particular interpretation or meaning, instead encouraging self-exploration. 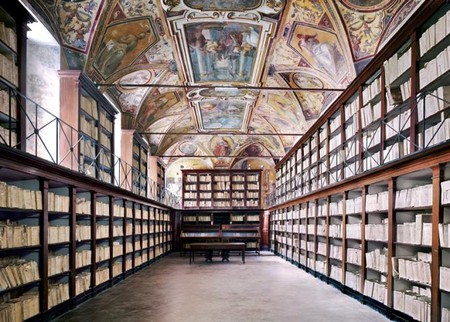 Candida Höfer’s work has taken her from monasteries in Switzerland to the great civic buildings of the United States. She was born in Eberswalde in eastern Germany in 1944 and began work as a photographer in Cologne in the 1960s, the city in which she still lives and works. For a year, she worked in Cologne at the Fotoatelier Schmülz-Huth before studying at the Kölner Werkschulen from 1964 until 1968 – the main school for artists and architects in Cologne. Höfer soon began working as a professional photographer, producing portraits for use in newspapers and creating an iconic series on the poets of Liverpool.

When discussing the growth of photography in the 20th century, Höfer is invariably bunched together with other German photographers and members of the Düsseldorf School, such as Andreas Gursky, Thomas Struth and Axel Hütte. What these photographers have in common is that they were all, at one time or another, students of Hilla and Bernd Becher at the Kunstakademie Düsseldorf. Höfer studied at the Kunstakademie from 1973 to 1982 – though she initially enrolled to study film under the tutelage of Ole John, before transferring to photography in 1976. 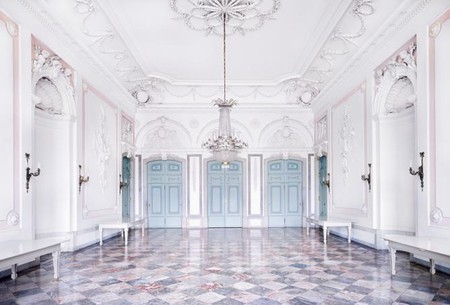 The Becher’s are considered to be key figures in 20th century photography and the founders of the Düsseldorf School. Their style drew on the ‘New Objectivity’ of the 1920s and their black-and-white images of utilitarian industrial structures are marked by their emotional detachment, coolness, and for drawing attention to previously unseen forms and shapes. Their greatest legacy perhaps, was to encourage their students to regard the practice of photography as equal to painting and draughtsmanship. 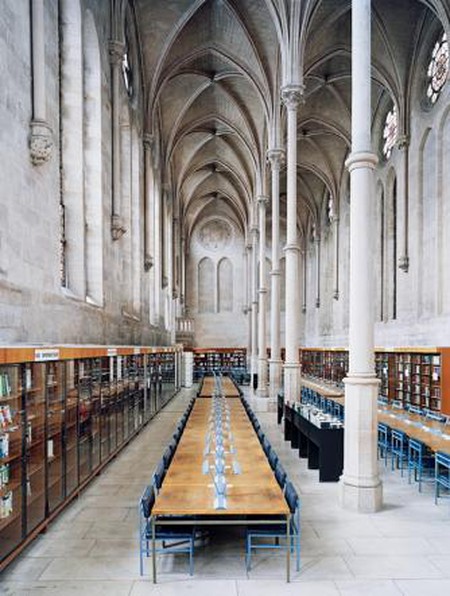 Höfer regards the influence of the Becher’s to have been somewhat more subtle upon her and not the sole source of nurture for her personal artistic development. She was, along with Thomas Ruff, the first Düsseldorf photographer to break with the black-and-white convention and incorporate colour. In an interview with Museo magazine in 2010 she suggested that ‘[the Bechers] did not press us into any school. And we have all been different from the beginning…I assume it was retrospectively that this school perception seemed to have evolved. We simply enjoyed being together at a specific place, at a specific time when photography as art was no concern for us because it was self-evident.’ 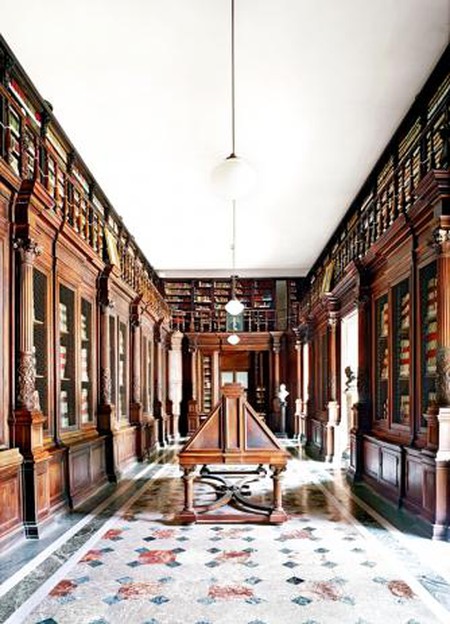 Having held her first solo exhibition in 1975 at the Konrad Fischer Galerie in Düsseldorf, Höfer has subsequently presented at leading galleries in London, New York, Sydney, Berlin, Chicago, Paris, Buenos Aires, Tokyo and at the Venice Biennale. Her works can also be found in the collections of leading institutions including the Centre Pompidou in Paris, the J.Paul Getty Museum in Los Angeles, the Tate Modern in London, the Museum of Modern Art and the Guggenheim in New York.

Her subject matter since the early 1980s has focused on interiors, or räumes, such as historic libraries, museums, galleries, opera houses, concert halls, and, in the 1990s, of zoological gardens. What binds these subjects together is that they stand as monuments to intellectual progress and the furtherance of knowledge despite being devoid of human beings. In an interview with the Guardian in 2010, Höfer suggested her method was similar to the way that an absent guest is often the subject of a conversation, implying that the missing people of her photography were the real subjects to consider.

Her stated aim is to explore the detail of each of the interiors photographed and to examine the contribution each small effect has upon the overall space. The only animating factor within the interior is light – often issuing from a window and curling its way around shelves or opera boxes, leaving areas hidden in shadow.

In many cases, Höfer takes her images from an elevated vantage point with a far wall acting as the central focus of the photograph. The columns, shelves or gallery walls on each side of the interior – with the high ceilings above – creates a tunnel effect, in which the sides seem to recede whilst the centre moves forward towards the viewer. 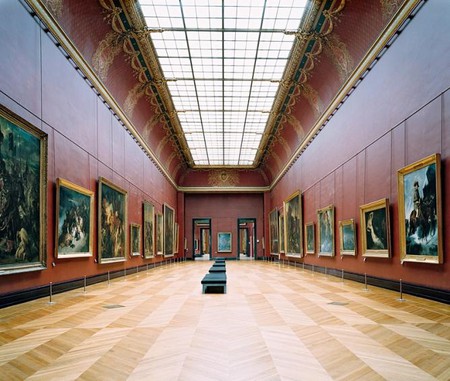 The effect of her focus on depopulated libraries and galleries is suggestive and atmospheric, though yields no simple interpretation. ‘I just do the images,’ Höfer said to Museo magazine, ‘others do the interpretations.’ You can approach her photography in a variety of ways: as a testament to the ambition of the Enlightenment, to scientific classification and the search for knowledge, or instead, you can read her images as a more melancholy and paradoxical memento mori – the creators of these ornate galleries, the readers of these texts, the craftsmen who made the shelves and carvings, are all gone whilst their creations remain. There are no definite answers – the point of each image being to prompt contemplation rather than explicitly stating what the viewer should think.

The New York Times summed up Höfer as being a ‘photographer whose humanity and improvisatory spirit come across if we are patient enough to appreciate the serendipity of her light, the subtlety of her colour and the quiet, melancholy pleasure she seems to take in finding, as if by chance, poetry in institutional form.’ 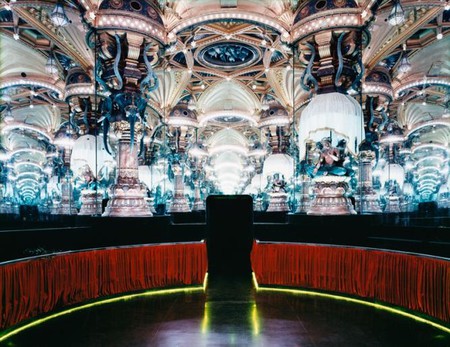 Many of Höfer’s photographs combine stillness and detachment with being veritable feasts for the eyes, combining a multiplicity of forms, shapes, colours and details. In her 2009 sequence of images of the Biblioteca dei Girolamini Napoli, the rows of bookshelves on the ground and first floor are punctured with the radiance of the white light emitted by the rectangular windows, which draw the eye to the magnificent painted roof.

The library of Trinity College Dublin is transformed by Höfer’s lens into a seemingly infinite series of vertical book-stacks in rich wood with a cavernous, mysterious roof of semi-circular ribs. The Escorial, Uffizi, and Villa Borghese seem almost unreally sumptuous and decadent, packed with ornaments and splendour, whilst the monastic libraries of St Gall in Switzerland, Admont in Austria, and Metten and Wiblingen in Germany – with their ceilings covered in gold leaf and illusionistic frescoes depicting the heavens – take on a dream-like quality.