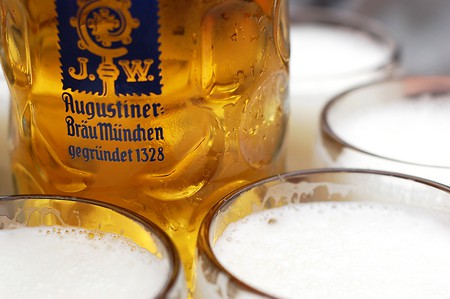 Decked out in lederhosen and chucking a maß around like it weighs nothing, you could assume it’s easy to drink like a German. The reality is that not everyone has what it takes to go pint for pint (or rather liter by liter). You’ll need stamina, strength, and a singing voice that will carry over an oompah-band. Keep reading to see if you have what it takes to become a master of the beer hall.

Do you have stamina?

Clear your schedule—to drink like a true German, you’re going to need to commit. This isn’t a “let’s grab a quick drink” affair; Germans like to while away an afternoon sipping at a giant maß or two (or three) in a sunny beer garden. There’s no downing or beer pong here. On the flip side, it means starting to drink at lunch time is entirely acceptable—just make sure you pace yourself or face the tourist’s fate of being in bed and hungover by 8 p.m. 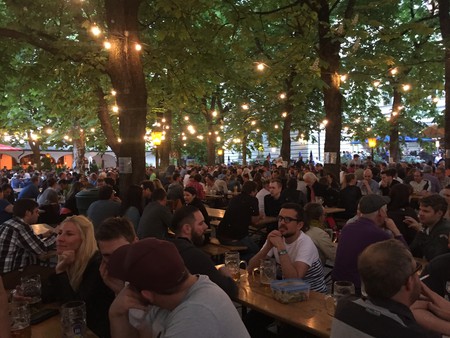 A summer evening in the beer garden | © Roanna Mottershead

There’s a toast song. You don’t need to look it up or learn it in advance, you’ll know when the music starts: in one strong-voiced burly chorus, drinkers will swing their maß into the air and sing along to the insistent tones of the oompah-ban—“ein prosit, ein prosit,” a toast, a toast. There are a whole host of German drinking songs—many require standing on the benches and some have actions. As well as a strong voice, you’ll need to have good balance to actually stay on the bench after a couple of beers while everyone jumps up and down.

Do you have strong opinions on your favorite beer?

Whether you prefer an Augustiner or a Paulaner Helles is the kind of question that can send a room into hushed whispers or fiery debates. Like warring tribes, differing sides prefer to keep to their own territory and mostly frequent the beer hall associated with their favorite brew. For the truly dedicated, brewhouses even have mini lockers where regulars can store their personal maß between visits. Can’t tell one weißbier from another? At least pledge a loud and convenient allegiance to whichever brewhouse you currently find yourself in. And stay away from conversations about whether bottle or draft is better.

Are you a lover not a fighter?

With a reputation for being perhaps just a bit, ahem, brusque, you might expect that Germans would keep themselves to themselves in the beer halls. This is actually where you’ll find Germans at their most sociable. You won’t see any drunken brawls between locals in beer gardens. In fact, even the setup is designed to make things sociable: sharing a table is a necessity if you’re going to get served and pack in as many drinkers as possible. For once it’s acceptable to strike up a conversation with your neighbor and become drinking buddies for the evening.

Can you pull off a hat?

What you wear on your head can help mark out certain drinking societies, bands, or just… a group of friends that really liked the same hat. Traditional head wear ranges from trilby-style hats with a feather, to elaborate felt numbers with what appears to be half a broom on the top—to pull it off, you really need a moustache to match! Lederhosen or dirndl are a given here; as well as being worn for festivals, they’re also standard Friday night attire—nothing says “pulling outfit” like knobbly knees, side-laced clogs, and an epic man-cardy. If you’re not up for these traditional outfits, you’ll never make it as a true German beer drinker.