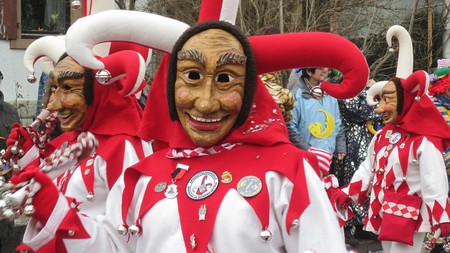 The Black Forest Carnival, or Fastnacht, is part of the pre-Lent carnival season in Germany. The Swabian–Alemannic carnival originates from folklore in Switzerland, southern Germany andAlsace, a cultural and historic region on the border of Germany and France, and Vorarlberg, the westernmost federal state of Austria. Encompassing the region’s rich and expansive history, the Black Forest Carnival is held in the region’s picturesque villages, where, from December to March, the snow-covered landscape provides the backdrop for an original and traditional celebration of Carnival. 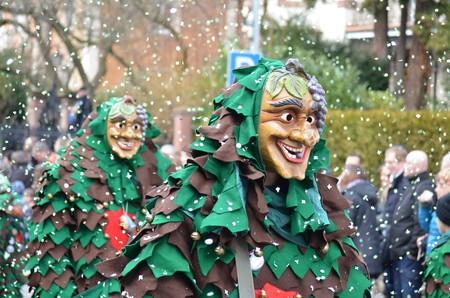 Carnival is a tradition that sweeps across Germany in the lead-up to Lent. It involves a week of fun celebrations in the final week before the Christian fasting period, which starts on Ash Wednesday. In most regions of Germany, its predominant focus is on letting your hair down and partying. However, in southern Germany, the traditional Swabian–Alemannic Carnival festivities tend to be a little darker and less humorous, particularly when compared with those in Mainz, Cologne or Düsseldorf, which are known for their debauched festivities, with the streets filled with dancing, drinking and parades.

In the Black Forest regions, Carnival is more about reflecting on the simple life of historic times. While parades and street parties certainly still occur, there is an air of tradition and history. It is also the time of year when the reign of the bad spirits that bring the darkness and cold are symbolically hunted down and expelled from the area. This is why it’s common for people to dress up as demons, witches, spirits and scary animals during the Black Forest Carnival. 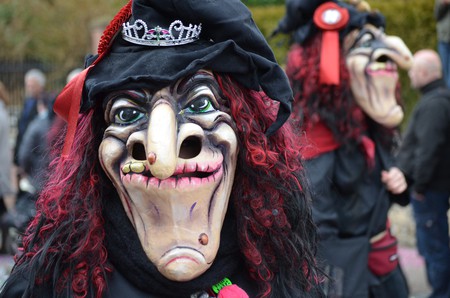 Steeped in history and tradition

Carnival in Germany dates back to the Middle Ages and early Modern Ages, taking its origins from festivities that were celebrated in order to consume people’s stocks of perishable food before the beginning of Lent. These kinds of events were recorded across central Europe since at least the 13th century. However, during the Enlightenment period, Fastnacht, or Carnival, was thought to be a primitive, outdated custom from a dim past and subsequently, its annual celebrations ceased.

It wasn’t until the Romantic period that this tradition started again, beginning in cities like Cologne, where it was increasingly organised by the intellectual middle class instead of the working class. However, at the beginning of the 19th century, in rural areas like the Black Forest regions, some of the old customs of carnival started to be picked up again, particularly by the lower classes, who felt patronised by a carnival that was dominated by the middle class.

This is where the rich, traditional nature of this region’s Carnival arises, and while, as in other parts of Germany, festivities start on the Thursday before Ash Wednesday, the region remembers its roots more deeply. In the Thursday festivities, for example, locals often carry pigs’ bladders and dress up in pyjamas, much to the surprise of visiting tourists. This Thursday was traditionally the last day before Lent when animals were slaughtered, and the bladder was usually the only part of the pig that was left over after it was butchered. 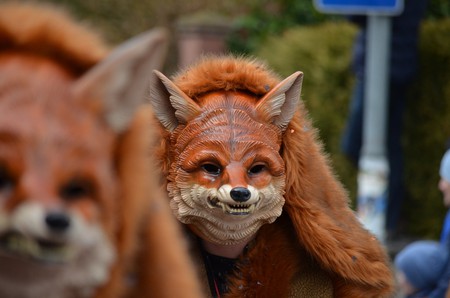 It all ends in a parade

While the traditional elements and tone of the Black Forest regions’ Carnivals vary from the rest of Germany, some common elements remain, particularly the highlight of the Carnival, which all kicks off during the Monday parade. Accompanied by drums, brass music, hordes of locals in full costumes and decorated floats, the revellers and visitors join in with the loud parade that passes through the streets of the regional towns. However, onlookers should be wary, as the masked attendees have been known to jump off their floats and drench unsuspecting spectators in confetti, or even pull them into the loud, energetic parade. 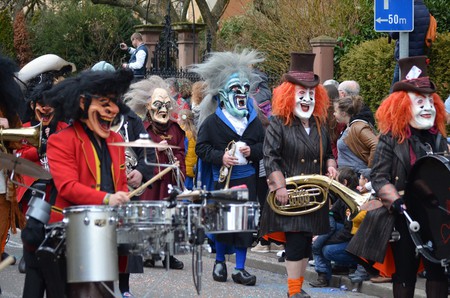 Monday’s parade at Carnival | © barrabez_germany / Flickr
Give us feedback