Best Cheap And Cheerful Places For Chinese Food In Berlin

© Jing/Pixabay
While most Asian cuisine in Berlin is focused on Thai, Vietnamese, and Japanese fare with the occasional Korean restaurant thrown into the mix, Chinese food tends to get overlooked. Yet, our fair city is actually home to a good number of cheerful establishments serving cheap Chinese food. Think heaping plates of handmade dumplings and spicy soups that warm the soul. Here are the top eight to try.

Restaurant, Chinese, Vegan, Vegetarian, $$$
If you love dumplings — and let’s be honest, who doesn’t? — Lecker Song in Prenzlauer Berg is the place to get them in their full, delicious variety. There are more than 20 types of Chinese dumplings on offer, including several vegetarian and vegan selections served in bamboo containers, and they do a pretty darn authentic dim sum on weekends. The restaurant itself is a tiny hole in the wall, which only adds to the genuineness of the experience. Expect cheap eats here, and yummy dessert buns to boot. The staff is cheerful and naturally, this little place is filled with other contented dumpling aficionados, the best company.
More Info
Open In Google Maps
19 Schliemannstraße, Bezirk Pankow Berlin, Berlin, 10437, Germany
+493026374447
Visit website

Tian Fu offers Southern Chinese eats, with particular emphasis on the delicacies originating in the Sichuan province. The hot pot options rank high among the menu offerings, making this a fun, hands-on option for groups. Menu items come with varying arrays of fresh veggies, seafood, and meats, all to be cooked perfectly in the spicy simmering broth. There are three different locations, all in the city’s westernmost region of Wilmersdorf-Charlottenburg. The interiors are charming with its mixture of industrial and rustic finishing combined with traditional Chinese décor. At this point, Tian Fu is quite popular, so it’s a good idea to make a reservation beforehand.

Restaurant, Chinese, Asian, Vegetarian, $$$
Tangs Kantine in Kreuzkölln is a vegetarian’s delight thanks to its amazing tofu selections. Of course, meat lovers won’t have it so bad here either, as their trademark Sichuanese MaPo Tofu is cooked with mince meat and plenty of spices. They also do all the basics that one might expect to find at a Chinese restaurant. Other perks of this place are the pleasant staff, lovely Chinese lanterns that illuminate the dining area, and the fact that there is often a live guitar player strumming classical Chinese musical pieces. While this place isn’t quite as cheap as the other spots on our list, it is certainly cheerful.
More Info
Open In Google Maps
18 Dieffenbachstraße, Bezirk Friedrichshain-Kreuzberg Berlin, Berlin, 10967, Germany
+493069814658
Visit website

For anyone who still hasn’t had enough dumplings, Yumcha Heroes in Mitte certainly delivers. Its sweet and simple interior features pink windows, separating guests from the kitchen along with pretty porcelain chopstick holders on every table. This place offers dim sum style eats for affordable prices. The beef dim sum, for instance, comes with soup and is big enough to share while priced at only $8.36. Meanwhile, a set of four hearty homemade dumplings only costs around $3.34. Plus, the fillings inside of them change with the season, so it’s a good idea to return back throughout the year.

Lazy Saturday with the best dumplings in #Berlin

Restaurant, Chinese, Beer, $$$
Da Jia Le in Schöneberg is a no-frills kind of place that’s a bit off the beaten path, but it is totally worth the extra effort to find it. This restaurant serves North-eastern Chinese cuisine, and they are known particularly for their Dongbei kitchen specialties, which include tofu skins, cucumber salad, and cold braised beef. The vivacious Mrs. Wu is the owner and the host. She provides excellent service, and is happy to offer advice about what to order. The interior is spacious, and surprisingly enough, Da Jia Le has a pretty great selection of German craft beers to choose from.
More Info
Open In Google Maps
23 Goebenstraße, Bezirk Tempelhof-Schöneberg Berlin, Berlin, 10783, Germany
+493021459745
Visit website

Deli, Restaurant, Asian
While they certainly exist, Berlin’s Asian market and deli game isn’t all that strong. It takes concerted effort to seek out the goods, and with so much other excellent Asian fare out there, who really has time for that? Asia Deli in Wedding should be everyone’s exception to this mentality, however. Not only is the food cheap, it is truly phenomenal. Ask for the red Chinese menu to find out what we mean. This speisekarteoffers an astounding array of Hunan dishes including homemade pickled cabbage, dumplings, beef ribs, and noodle soups. While its exterior doesn’t do much to set it apart from other cheap places, Asia Deli is worth the leap of faith.
More Info
Open In Google Maps
41 Seestraße, Mitte Berlin, Berlin, 13353, Germany
+493091441925
Visit website
Visit Facebook page

The quest to round up the best cheap dumpling spots in the city lives on. Wok Show in Prenzlauer Berg certainly fits the bill. This place serves heaping orders of dumplings known as jiaozi, prepared in different styles filled with broth along with a great multitude of different meat and vegetarian options. It is possible to order 40 of these bad boys for one $11.15! This place is often frequented by Chinese natives as well, earning it some well-deserved authenticity points. Not to mention, Wok Show has a stylish side, with its own small gallery space situated at the back.

🇩🇪 Delicious dumplings for days 👌🏻 where has this place been my whole life?! #FoodieBerlin #berlin #germany #food

Shaniu’s House of Noodles in Wilmersdorf is a cozy little spot that serves yummy handmade noodles and voluptuous dumplings. The interior is simple and unpretentious, but it is the food that makes people feel all warm and fuzzy inside. In addition to the usual cucumber salad and veggie stir fry starters, Shaniu’s House of Noodles has plenty of other unique goodies. Robust and filling, the noodle dish with fermented bean sauce and minced pork, for example, is almost like a Chinese spaghetti Bolognese. They also have phenomenal soups with perfectly balanced broths and fresh herbs, ideal for one of Berlin’s many chilly days. 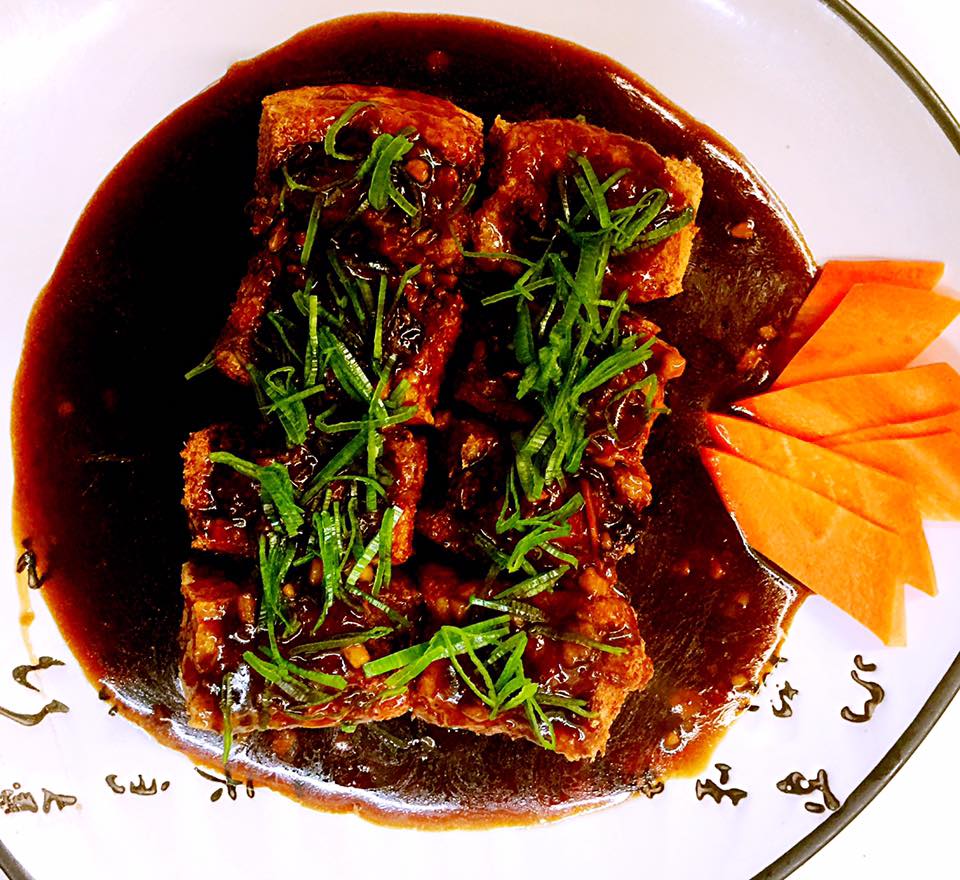 Courtesy of Shaniu’s House of Noodles