Berlinograd: Places To See In Russian Berlin
Berlin / See & Do

Berlin is rich in the history of several nations. After the Second World War, Russia had a big impact on this city. You will discover Russian memorials, museums, parks and even landscapes.

It is one out of eight Russian representatives in Germany. Placed on famous Unter-den-Linden Strasse, the Russian Embassy attracts a lot of attention. It is not a surprise that the building itself looks impressive: golden frames, tall columns, big windows. It is more beautiful from the inside: black marble steps, mosaics in the main hall, and an amazing fountain inside, made out of white marble. Visitors are not allowed in, so you have to take our word for it. 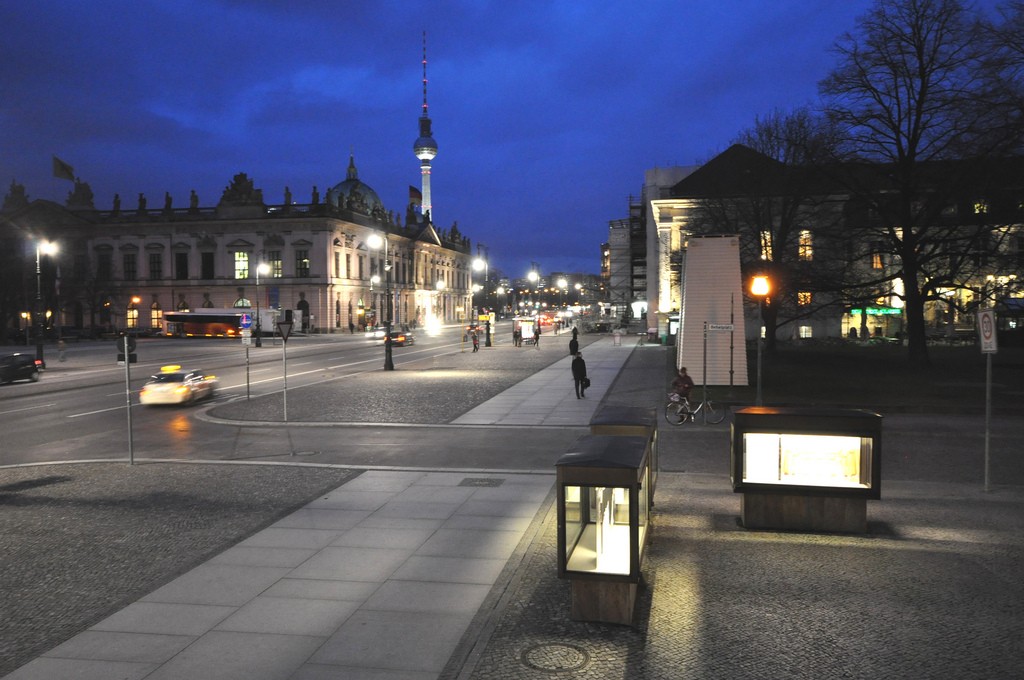 Although the Reichstag is the German parliamentary building, it still preserves some Russian history. Aside from beautiful sights such as the legislative chamber, praying room or the cupola, you can find plenty of Russian graffiti on the walls of the Reichstag, done by Russian soldiers after the end of the war. Most of the inscriptions are done in pencil or even with pieces of coal. The majority of soldiers tried to write the name of their hometown, or the number of their military division. Some soldiers wrote declarations of love to their girlfriends, wives and their home country. If you are very attentive you will also find a couple of curse words that are usually not published in newspapers and not spoken in high society. 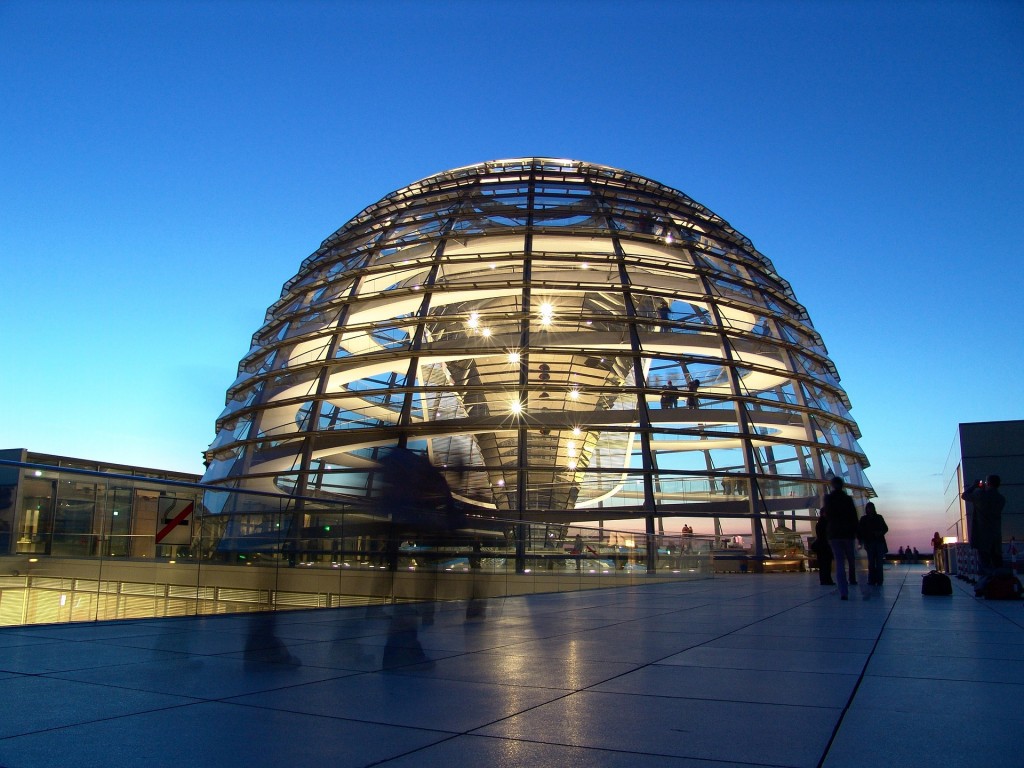 Five minutes’ walk from the Reichstag you can find Tiergarten. Surrounded by trees, the Soviet War Memorial is built in very authentic soviet style. The Cyrillic inscription on it says: ‘Eternal glory to heroes who fell in battle with the German fascist invaders for the freedom and independence of the Soviet Union.’ The columns display the names of some of them. The monument is flanked by two Red Army ML-20 152mm gun-howitzer artillery pieces, and two T-34 tanks. 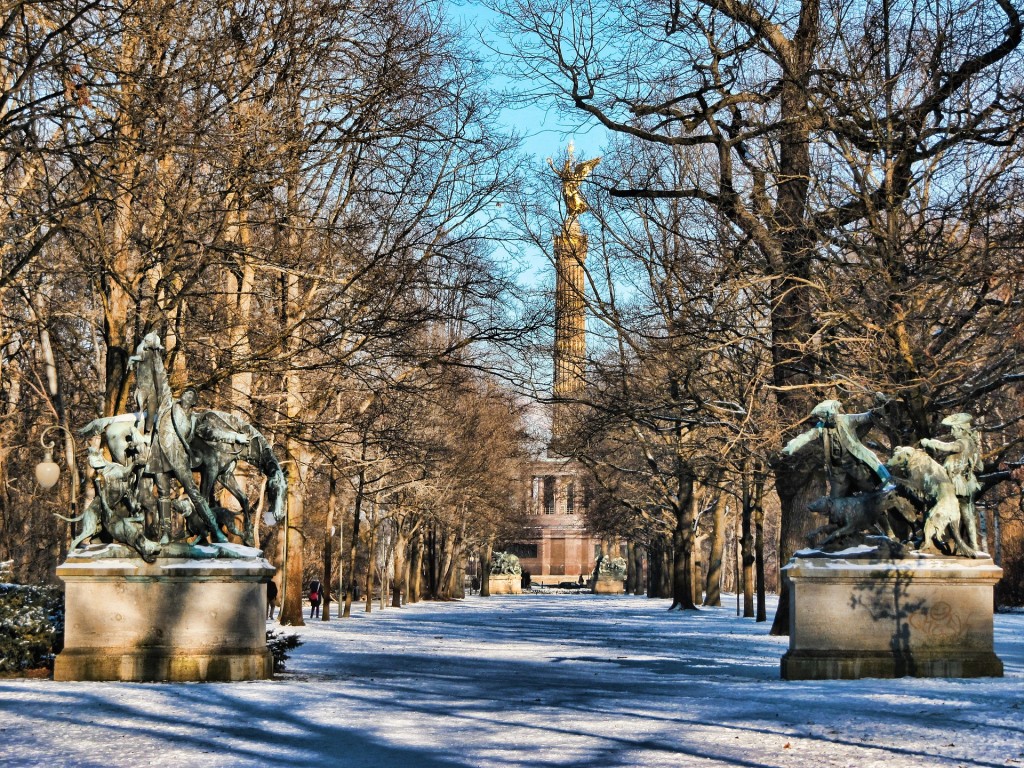 The largest and the most prominent Soviet memorial in Berlin is actually a war cemetery, with 5000 soldiers buried there. Visitors at Treptower Park can observe all main elements of the Soviet style: the figure of the mother, who sent her sons to the war, as well memorial slabs and frescos that depict the course of the war, and not forgetting the Stalin quotations. The picture is completed by the imposing figure on top of the mausoleum: a soldier carrying a rescued German child. This monument is a part of a triptych called ‘The Motherland Calls.’ The first two monuments are located in Russia. One in Magnitogorsk, depicting a laborer and a soldier holding a sword together. The second monument is in Volgograd, and shows an image of the Motherland raising the sword above her head, which symbolizes the crucial moment in a war. The Berlin memorial completes the triptych. The soldier puts the sword on the earth, which symbolizes the end of war. 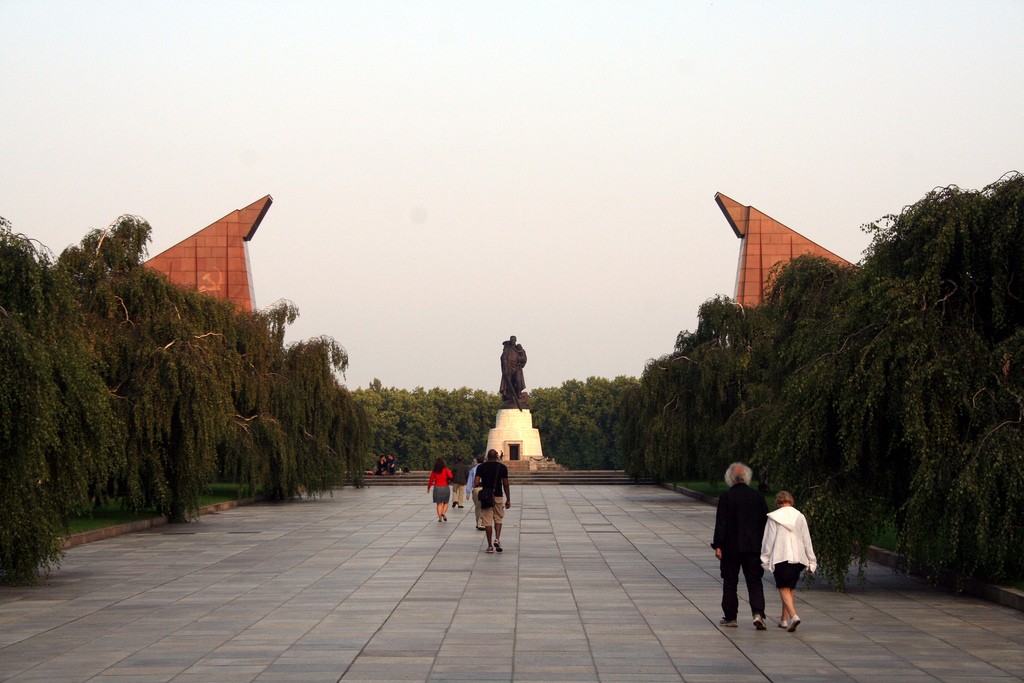 As the previous four attractions, the museum relates to the war. The Second World War had a huge impact on Russia in a way that is often overlooked by history, and this is why Russians have tried so hard to leave some heritage behind in Berlin. This museum is the only in Germany that addresses the Nazis’ war of annihilation against the Soviet Union. The museum is located at the historic site of the surrender of the German Armed Forces on 8 May 1945 in Berlin-Karlshorst. The stories and artifacts will tell you something that you never knew about this war.

You would not find anything special in this district, it is just an average suburb. But the fact that the majority of the population comes from post-Soviet countries definitely influences the landscape of the area. According to the media, about 40,000 members of the Russian-speaking population live there. Every fourth person that you meet will probably be a native Russian speaker or at least bilingual. The majority of them are so-called third-wave immigrants. The architecture also reminds you that you are in the most eastern part of East Berlin. Although, truth be told, there is a more ‘Russian’ district in Berlin: Charlottenburg, or as people call it ‘Charlottengrad.’

Back in middle of Berlin, we have the Berlin Wall – one of the most prominent tourist attractions in the entire country. The painting that definitely is worth seeing is ‘My God, Help Me to Survive This Deadly Love’ by Russian painter Dmitri Vrubel. The painting depicts the historical kiss of Brezhnev and Hoenicker. We should be happy to have the ability to observe this piece of art, because in 2009 it was erased by the authorities. The painter, however, did not give up and painted a new one. Vrubel’s art studio provides workshops every week, and everyone who wants to speak with the painter of the legendary masterpiece is welcome to enter. 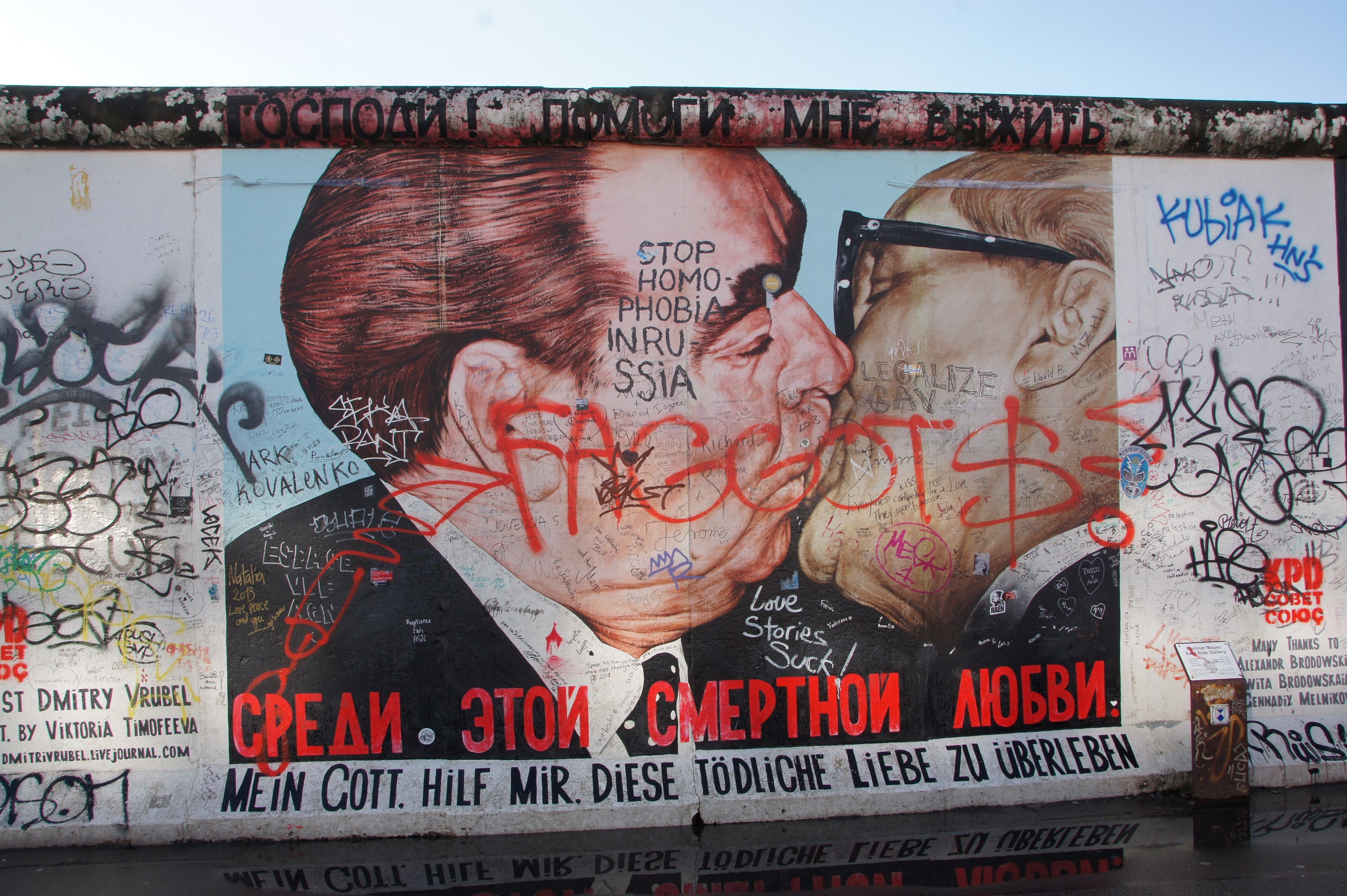 Checkpoint Charlie is one of the symbols of the Cold War that represents the division between East and West. It is one of the checkpoints left from that time. The place has a light-box installation with a photograph of an American soldier, and another one of a Russian soldier, which were set up by Frank Thiel. These photos date back to 1994, before the Allies withdrew from Berlin. It is interesting to notice that the ‘Soviet’ soldier is wearing the uniform of the new Russian Federation. 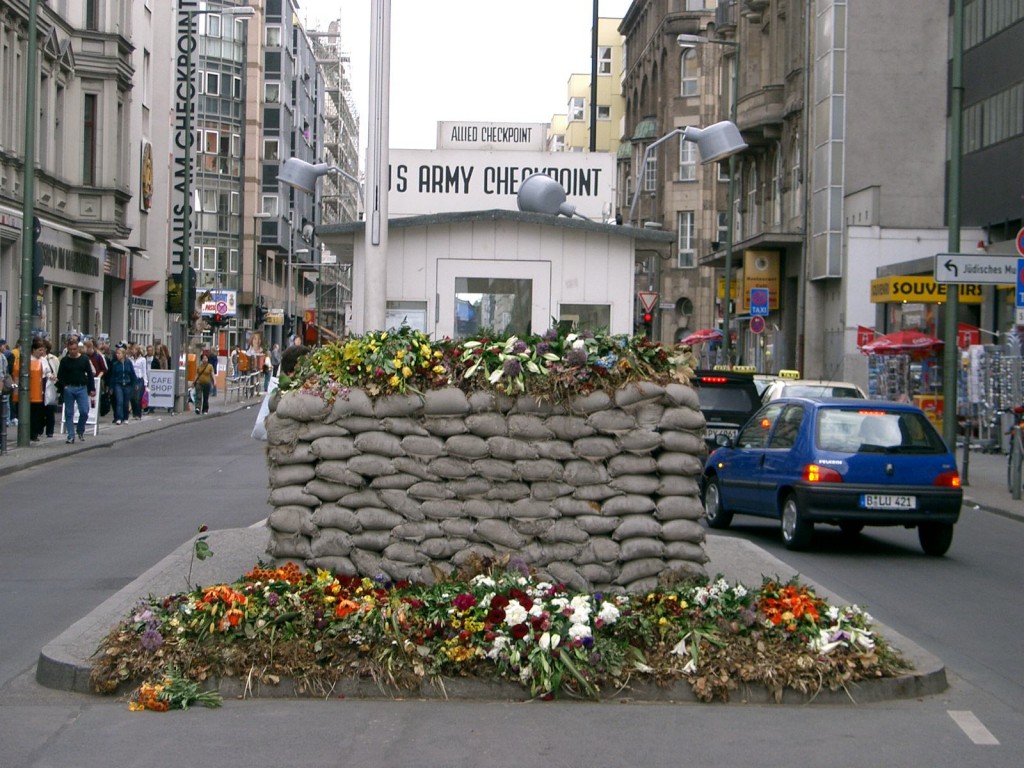 There is an authentic Russian village in Potsdam, called Alexandrowka. It appeared in Prussia in the 19th century in honor of the budding Russian-Prussian friendship. It was built for Russian choir singers (whose descendants still live there). This settlement is included on UNESCO’s List of World Heritage Sites. Although Russians would not agree that Alexandrowka looks like a native Russian village, this place is still worth seeing. Advice for the food lovers: check out the local café that offers traditional Russian beverages: tea in a samovar, pelmeni and solyanka. 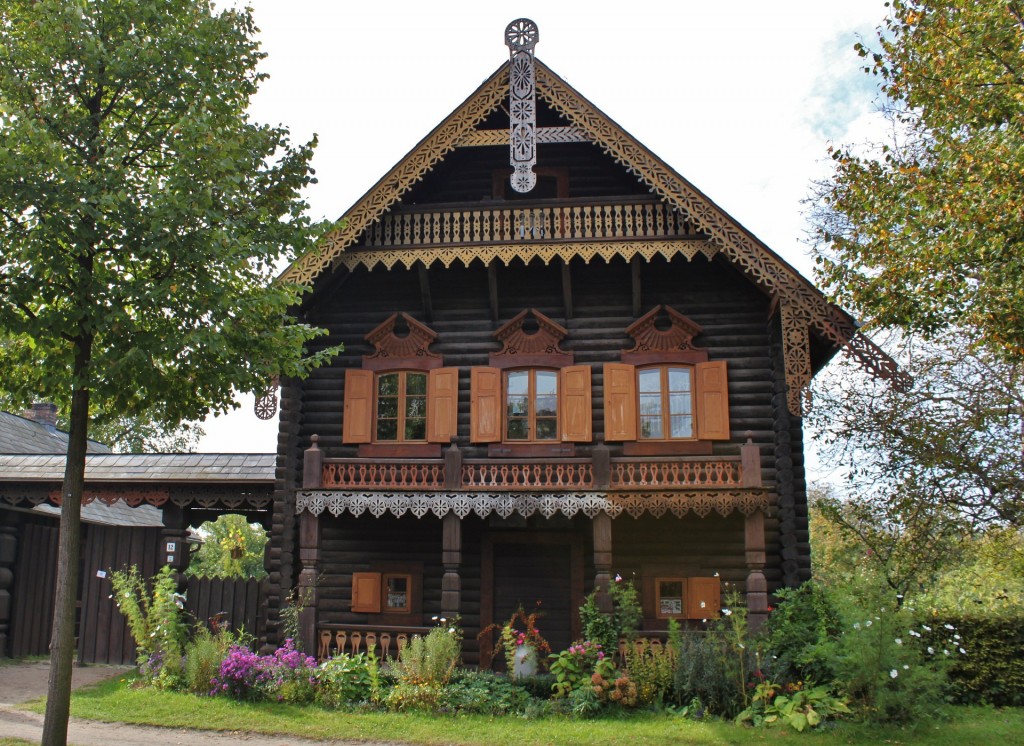