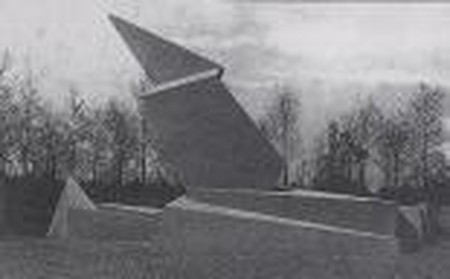 Walter Gropius founded the Bauhaus School in 1919 to put into action the radical ideas of his generation, to teach freedom and craftsmanship to young artists, and ultimately to reshape the post-war German society. We look at the fascinating history and teachings of this influential movement. 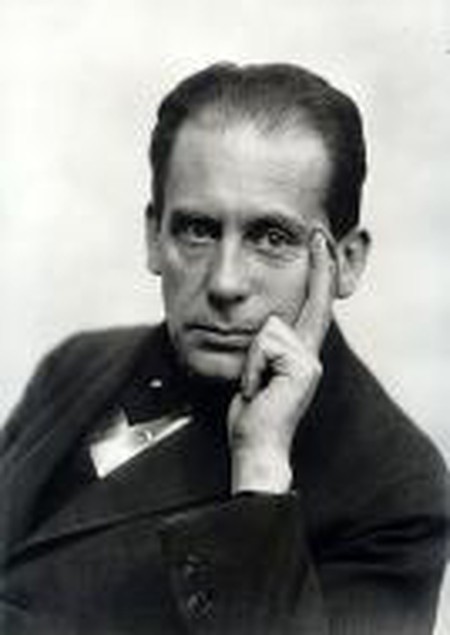 The Genesis of Bauhaus

Bauhaus’ founder Walter Gropius was born into an upper-middle class family from Berlin. He studied architecture in Munich before working for the famous architect and industrial designer Peter Behrens. Two years later, Gropius opened his own practice – essentially designing objects for mass production, furniture, automobile frameworks and wallpapers. However, he was soon enlisted in the German army and sent to serve on the Western Front. The horrors Gropius witnessed had a profound impact on the architect. In 1918, he joined the November Group, a socialist association of artists and architects who demanded more involvement in the management of art schools and art laws. When the group merged with the radical Work Council for Art, Gropius took the lead of the fledgling organisation. Eager to translate the subversive ideas of the group into action, he created the Bauhaus School in 1919.
Turning his nose up at the German contemporary art scene and their ponderous and uninspired ‘salons’, Gropius wrote the ‘Bauhaus Manifesto’ in 1919: a four-page booklet illustrated by Lyonel Feininger’s famous woodcut cathedral. The manifesto called for the ‘collaboration and interaction of all craftsmen’ and pushed for an education that would free art from its purely technical and aesthetic meaning. To build up the school’s reputation, Gropius shamelessly used his high-profile contacts – including the lovers of his wife Alma whom he divorced in 1920.
From Gropius’ viewpoint, designing a new modern living environment would contribute to shaping a new social reality, and this became his vision for the Bauhaus School. He chose the name ‘Bauhaus’ in reference to the masons’ guilds of the medieval cathedrals that demanded collaboration between arts and craft. Indeed, Gropius saw artists as ‘exalted artisans’ and was very keen to distil this conception within a highly respectable, international and interdisciplinary learning environment. The Bauhaus would provide young and still malleable artists with enough knowledge and experience to face the social and artistic challenges brought about by 19th century industrialisation and the Great War. But the school also emerged out of Gropius’ utopian vision of a post-WWI society in which education and society would be reformed through experimentation and play. 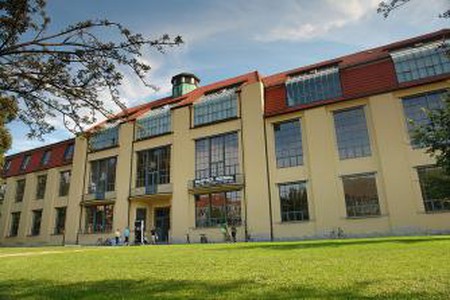 Various simultaneously occurring movements influenced Bauhaus and shaped its core identity, the pre-war Arts and Craft Movement and the Gesamtkunstwerk (‘total work of art‘): a concept developed by Art Nouveau and the Deutscher Werkbund (‘German Work Federation‘) that connected the arts to aesthetic education in all areas of life. Hence the Bauhaus did not focus solely on architecture, but also on design, ceramics, cinema, sculpture, textiles, installation and theatre. Contrary to popular belief, the school did not push for a unitary style. Instead, the curriculum nurtured a vast array of styles such as Expressionism and New Objectivity. Preliminary courses, or ‘Vorkurs’, taught students about the properties of forms, colours and materials, and advanced teachings included workshop time directed by both a ‘master of form’ (artist) and a ‘master of works’ (craftsmen). Other subjects such as mathematics, business management and geometry were offered, while girls had to attend weaving classes. In fact, despite the professed gender equality, female students were discriminated against and struggled to have their work recognised in traditionally male dominated subjects such as architecture and metal design.
The Swiss painter Johannes Itten greatly defined the early stages of the Bauhaus curriculum, notably by designing the Vorkurs. Itten was an eccentric character, and as a result the school suffered from a cranky reputation in its early years. He was an adept of the esoteric Mazdaznan faith and many students embraced his mystic practices, shaving their heads, wearing loose robes, and following a specific macrobiotic diet. However, the school took a new direction from 1923, embracing standardisation and mass production through the new unity of art and technology. This subsequently weakened the enthusiasm for craftsmanship and artisanship, especially because artists were better represented than artisans in the masters’ council.
The Bauhaus offered students an apprenticeship that went beyond educational purposes – something akin to a spiritual awakening. Liberties such as parading through the city, skinny-dipping in the Ilm River, wearing eccentric costumes and even extramarital sex were encouraged – profoundly shocking the Weimar conservatism prevalent in those times. Bauhaus parties became notorious and Gropius once even dressed up as his rival Le Corbusier. In fact, his clowning attitude revealed a true belief in education as a synergetic process based on community life, creative play and theatre. 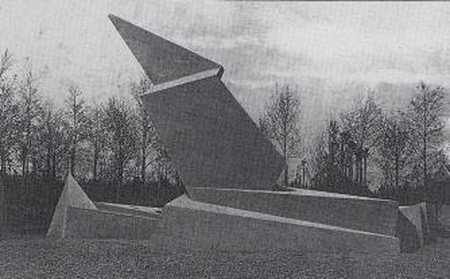 The bourgeoisie naturally felt threatened by the eccentricities of the Bauhaus, which led to long-lasting conflicts between the school and the conservative society that surrounded it. Opposition to Bauhaus’ experimental ideas and progressive practices was reinforced by the empowerment of right wing political factions in Weimar; eventually the Thuringian State Government withdrew their financial contribution. Nevertheless, students passionately worked to support their school by organising charity meals, sending donation request letters, creating sleeping areas in the workshops and selling Bauhaus products. Although the students came primarily from privileged households, they were not blind to the harsh Weimar reality of social unrest, widespread poverty and dangerous inflation.
Gropius bequeathed his headship to the Swiss architect Hannes Meyer in 1928. He subsequently moved to Berlin, then England, to dedicate himself to architecture, before settling in the United States in 1937 where he was a professor at Harvard University’s Graduate School of Design. Meanwhile, the Bauhaus School transferred to Dessau in order to escape the financial and political pressures that it faced in Weimar. The meagre revenues of the Bauhaus remained a perpetual worry for the administration – especially at the end of the ‘golden twenties’ in Germany – and partly contributed to its dissolution in 1932. One year later, the Nazi Party took control of the Dessau parliament and forced the school to close for good. Nonetheless, the fascinating Bauhaus legacy has survived to this date thanks to Gropius’ deep commitment to the school’s ideals: until his death in 1969, the architect passionately disseminated Bauhaus ideas.