Culture Trip got in conversation with Chief Executive Marcus Rudolf Axt from the Bamberg Symphony Orchestra to talk about the mysteries of their distinctive sound, their new Chief Conductor, and future plans.

An orchestra like the Bamberg Symphony has lots of going on behind-the-scenes to ensure everything runs according to plan. An audience only gets to see the finished performance of musicians and a conductor, but there’s a great deal of work that remains unseen. A whole slew of people working together to guarantee fluidity: someone who takes care of the instruments, someone who puts together the whole set up, a public relations manager, someone who does the booking, etc. All of these components are all held together by the Intendant, the Chief Executive. But what does the to-do list of this manager really look like? What are his plans for the orchestra, and what about Bamberg in particular? How does he choose the Chief Conductor? We got an exclusive insight with Marcus Rudolf Axt in Bamberg. 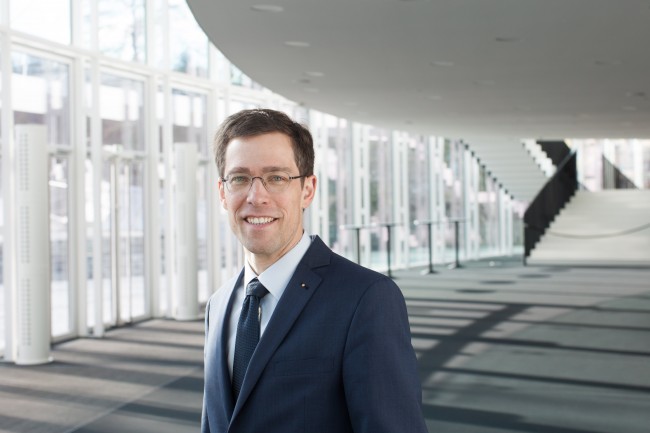 Marcus, as the Chief Executive of the Bamberg Symphony, what exactly are your duties and responsibilities?

As my labor contract says, artistic and economic responsibility. Which means everything and nothing. Artistically I am responsible for the program; which conductor do we invite, where does the orchestra travel and so on. Economically speaking, we have to break even. In between, there is everything and nothing. I think as an Intendant, one really has to concern oneself with all these fields. We are, strictly speaking, an entertainment company serving its customers, with a goal to make people happy. It is our most honorable duty that every night 1,500 people, or in bigger halls even more, feel that they have experienced something worth their time and money. It starts with selling the tickets, then there’s the marketing, the program and the brochure, the content on stage, and it ends at comfortable underground parking. The work is all encompassing. An Intendant is an allrounder: firefighter, nursery teacher, agent (laughs). And eventually, also kept in an ivory tower.

The Bamberg Symphony is famous for its particular sound called ‘Bohemian Sound’ or as you like to name it ‘Bamberg Sound’. How would you describe the particulars of this sound?

I would explain that you cannot explain that sound. One has to go to a concert and listen to the orchestra or buy one of our numerous CDs — the orchestra just published a CD box with previously unreleased recordings of the first 70 years of their musical history — and listen to it. The interesting thing about that CD box is that there are recordings from 1940 from our predecessing orchestra in Prague, 76 years ago. The sound is still similar and recognizable. Of course, it has changed through the time, but the orchestra still has something warm and volcanic, sometimes even a bit burning in their tonal structure. One can hear that those musicians are not just sitting in their chairs, playing some music which is then polished to a high gloss. There is more at stake, it is a matter of life and death, something existential. This sound is like a good Cognac, not fresh like a Chardonnay but warmer and darker. Maybe it is like a fine Rioja. But most importantly, the sound of the orchestra is distinct, which is another reason why one has to watch the orchestra play. The musicians rejoice in playing together. Unlike other orchestras where sections play against each other; because we are traveling so much, we really grow together as a family. We take pleasure in each other’s company, and it is common to see musicians smiling at each other while playing. 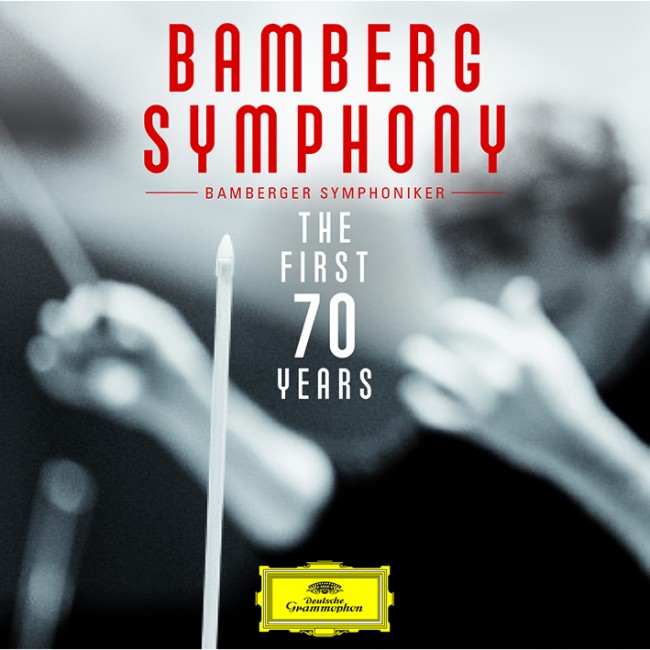 Jakub Hrůša said just this morning at the press conference that he did not want to become Chief Conductor here in Bamberg in order to change everything; but because he admires this orchestra, their particular sound and history. He values the Central-European tradition which we stand for and represent, focusing on Beethoven, Brahms, Bruckner, and especially on Mahler. In his appreciation for it, he wants to refine it. One has to keep the tradition, continue its path and reflect on how to optimize it. Right now, we are thinking about how to further develop and change the standard concert ritual of overture, concerto, interval, and symphony. We want to experiment with this format, which means we need a Chief Conductor who is dedicated to support these ideas.

Finding a new Chief Conductor must have been a challenging task. What were the basic criteria and how did you decide on Jakub Hrůša?

That was the first task I had on my plate when I signed my management contract here in 2013. I had some ideas myself for the new maestro, so I invited several new conductors for their debut in Bamberg. We had arranged various meetings with a committee of players from the orchestra to figure out what we really wanted. Then we had about a list of 120 names which we cut down to thirty, then six, then three, and fortunately we really got our number one from that list! But the whole process took around two years. Of course in the end we needed a bit of luck as we were not the only ones who wanted Hrůša. But because of our history and tradition, as well as the closeness to Prague, common cultural background (Hrůša was born in Brno, Czech Republic, and got his musical education mostly in Prague), and his admiration for the orchestra, he signed up. 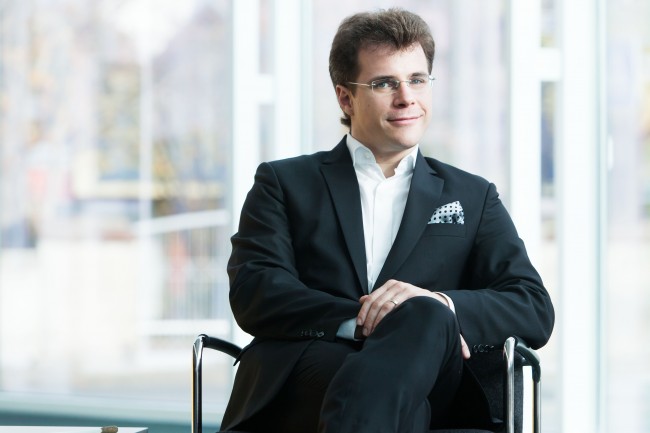 Marcus, you once mentioned in an interview, that many people have quite an emotional bond with the Bamberg Symphony. Why is that?

This is due to our exposure at an early age of our audience. “When I was in school, the Bamberg Symphony came around once a year for a concert” is a sentence which I get to hear very often. In the past, when only few orchestras were traveling the following saying arised: “If you want to hear the Bamberg Symphony just stay where you are, they will come around anyway.” We brought  high culture to cities and towns at a time where that wasn’t so easy to access as it is today. We were a highlight in their cultural life and the people were impressed and overwhelmed. Vinyl helped as well. In the 60s and 70s the vinyl market was dominated by the Berlin Philharmonic and the Bamberg Symphony. This relationship has to be continued with young people. We successfully moderated concerts for students with a challenging program once a semester, and then the concert hall is full of students who dress up and want to be part of the whole ritual. It is also about the event itself, they engage with it, they meet the musicians afterwards and start to chat with them over a few drinks in the foyer. This is binding. We also engage a lot with schools, we go to kindergartens and bring them into the concert hall, and we all hope that this idea will bloom.

What are your plans for the future of this orchestra and what can we look forward to?

There are still some blank areas on the map. This orchestra has always been fond of traveling and very often we were the first orchestra to perform in certain cities. We want to continue that tradition. Furthermore, we want to have a closer look at our history, starting with Mozart’s conducting of the world premiere of his Don Giovanni in 1787 in Prague; a city which then was a melting pot for Christians and Jews, Germans and Czechs. The music acted as a cultural bridge, which is still relevant in the context of today’s politics. Apart from tradition, we want to offer an adventure. I want to create events where I myself like to go. A event where one would return home, moved and impressed. The current concert ritual was formed 250 years ago. We want to experiment with it, try to see how far this ritual can be stretched. We want to see what happens when we juggle with the repertoire, let pieces refer to each other, or even let them merge. In a survey among our subscribers (almost 10% of Bambergs whole population) 70% of them answered they want to be entertained and challenged. We will offer them this challenge.

If you want to have a look Bamberg Symphony Orchestra’s program, click here.