The New Wine In Germany, Apfelsaft 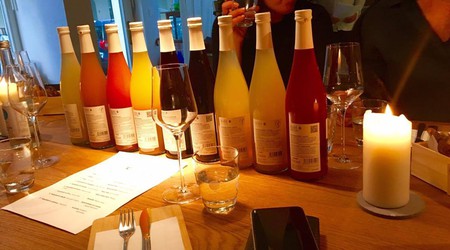 Maybe it’s not unilateral yet, but Apfelsaft, or apple juice prepared with the same fastidiousness and passion as wine, has hit the market in Germany. It offers a nice alternative to its alcoholic counterpart, for those who want to enjoy artistry and craftsmanship without the hangover. It pairs elegantly with cheese, has complex flavor profiles, and there are no headaches in the morning. At a recent event hosted by the Berlin-based PR agency Tanja Klein, we got a taste of what all the fuss is about.

Gourmet apple juice may seem oxymoronic to some, but in a city that hosts hybrid vintage shop/cafés, pay-what-you-want wine bars, and a litany of other creative brainchildren, gourmet apple juice seems to fit the innovative agenda. A Berg Apfelsaft, or mountain apple juice, and cheese pairing at Blomeyer’s Käse in Charlottenburg proved to be an excellent partnership. At first, we were skeptical, juice and cheese? Is this just some high-brow excuse to mark up the price of a nonalcoholic beverage? Could apple juice ever be complex enough to wrangle our palates into an orgiastic frenzy when coupled with legendary lactose? All questions were demystified within a few minutes. Elevated apple juice may sound like a gimmick, but its rich and bold taste profile that varies in depth and nuance, perfectly matched the hand-selected cheeses. 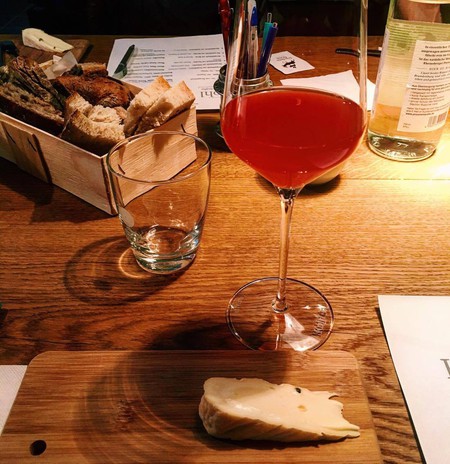 The company that produces this juice is called Kohl Bergapfelsäfte, and it is located in Ritten, Südtirol. For those who haven’t perfected their topographic map of Germany yet, don’t worry. It’s actually located in an autonomous region in Northern Italy, where the inhabitants mainly speak German. An interesting microcosm of multiculturalism. The area has sweeping landscapes and mountain ranges typical of Northern Italy that is coupled with German cultural traits. These apples are grown 900 meters about sea level, which accounts for their intense and idiosyncratic flavor. The family that farms the apples has lived on the mountain for generations and cultivation has always been a part of their pedagogy. However, it wasn’t until 20 years ago that Thomas Kohl, after studying agriculture, decided to grow apple trees in this alpine region. His expertise proved fruitful. With a successful artisan apple juice company under his belt, he is spreading his love for the ‘nectar’ with others who, after trying it, are quick to jump on the bandwagon. 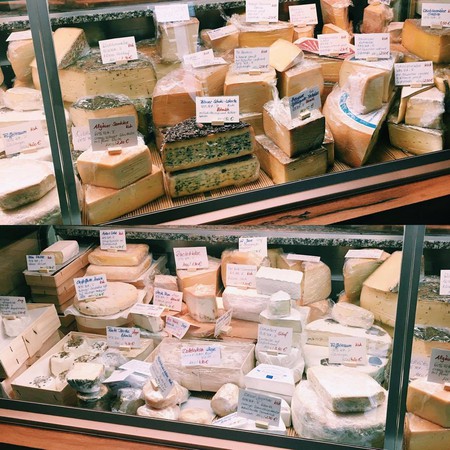 The Berg Apfelsaft is thoughtfully mixed with an array of items like carrots, mint, or red fruit, paving the way for its complexity and variation. It’s a way to indulge without having to indulge too much. The charismatic cheese shop was the perfect backdrop: an intimate interior with ample offerings of cheese ranging from classics to more arcane imaginings. Think blue cheese with a chocolate and licorice rind to a traditional Bergkäse (or mountain cheese) so consummately aged that it makes you almost forget your name. On a quaint evening in Charlottenburg, it was confirmed, artisan apple juice and cheese were made for one another, and at the end of the evening everyone was still sober.

So maybe nothing could ever replace wine, but this elevated juice crafted with intention and an academic background, is a welcomed departure from the traditional. It shows what experimentation and creativity can achieve, and to never underestimate just how good quality Apfelsaft can be.