An Introduction to Munich's Nazi Museum 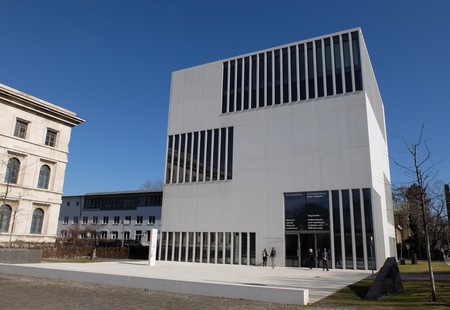 Surrounded by ornate neo-Classical buildings, the modern, clinical NS-Dokumentationzentrum is a reminder of a past that Munich all too often tries to sweep under the carpet. More than a collection of Nazi documents, this is a museum about the history of anti-Semitism and racism and the many different forms it can take. And it is disturbingly familiar and relevant.

What is the difference between anti-Semitism and racism? Over four floors, the NS-Dokumentationzentrum sets itself the challenge of raising and answering big questions like this, by examining Munich’s past as the centre of the Nazi movement. It takes an event that’s often presented as an isolated tragedy, and puts it in context. Far from presenting it as history, the museum ties the events of the past to the present.

Within its blank white walls in a hushed, library-like atmosphere, handfuls of adults slowly make their way around the exhibits. It’s almost entirely text-based exhibits to the extent that reading stools are provided to save your legs – make sure you take one, you’re bound to spend longer here than you intended. Open Tuesday to Sunday, visitors can stay until 7pm for just €5.

Set in Munich’s historic museum quarter, its location is far more symbolic than just being part of the tourist trail. While today Königsplatz is one of the most visited and photographed parts of the city, in the early twentieth century it was the physical manifestation of Nazi power, the ‘Forum of the Movement’. However familiar you think you are with this period, the variety of documents and detail in which it’s presented will offer something new. The exhibits are arranged chronologically from the top floor down in both German and perfectly translated English – often difficult to find in Munich museums. If you don’t have much time, following just the vertical black panels will take around one and half to two hours. There are more documents with additional commentary on illuminated table displays.

Though English tours are available both digitally and by tour guides, they repeat much of the written content and can last up to four hours. With written displays, it’s easier to work your way round at your own pace, stopping to think about or reflect on the things you’re reading. If a particular topic catches your attention, you can also visit the learning centre and library in the basement to find out more. 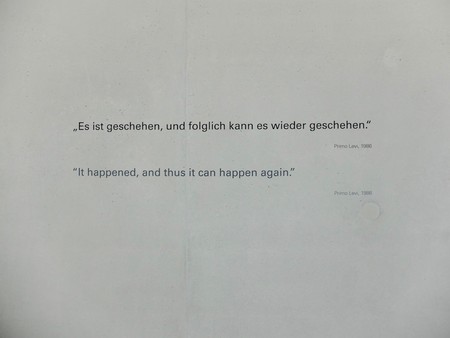 One of the thought-provoking quotes | © Roanna Mottershead

It is painfully blunt. From the lifesize photos of hanged men and assassinated women to its unwavering affirmation that the people of Munich knew exactly what was happening and were complicit, it’s a thought-provoking place and at times it’s difficult to keep reading – this is certainly not family-friendly.

This is not just a museum of the past. References to the lügenpresse, ‘lying press’, seem worryingly familiar, and the special exhibition floor shows the continuation of anti-Semitic and right-wing sentiment in modern Germany. It is a plea to Munich and beyond, to acknowledge the past, as a means of preventing such unspeakable atrocities from happening once again. Well worth a visit.