What makes the skyline of Dusseldorf a traveler’s delight is its stunning diversity. Historic relics from centuries ago pose a sharp contrast to, and at the same time complement, some spectacular contemporary architecture. The modern and even postmodern architecture of Dusseldorf speaks volumes about the city’s determined efforts at redevelopment, as its status shifted from an industrial port to a hub of finance and technology.

Designed by American architect Frank O. Gehry, these three twisting, spiraling buildings are probably the most photographed landmarks in Dusseldorf. The three structures, made of white plaster, red brick and gleaming stainless steel, are an amazing example of futuristic architecture, reinstating Dusseldorf’s position in Europe as a hub of modernity. 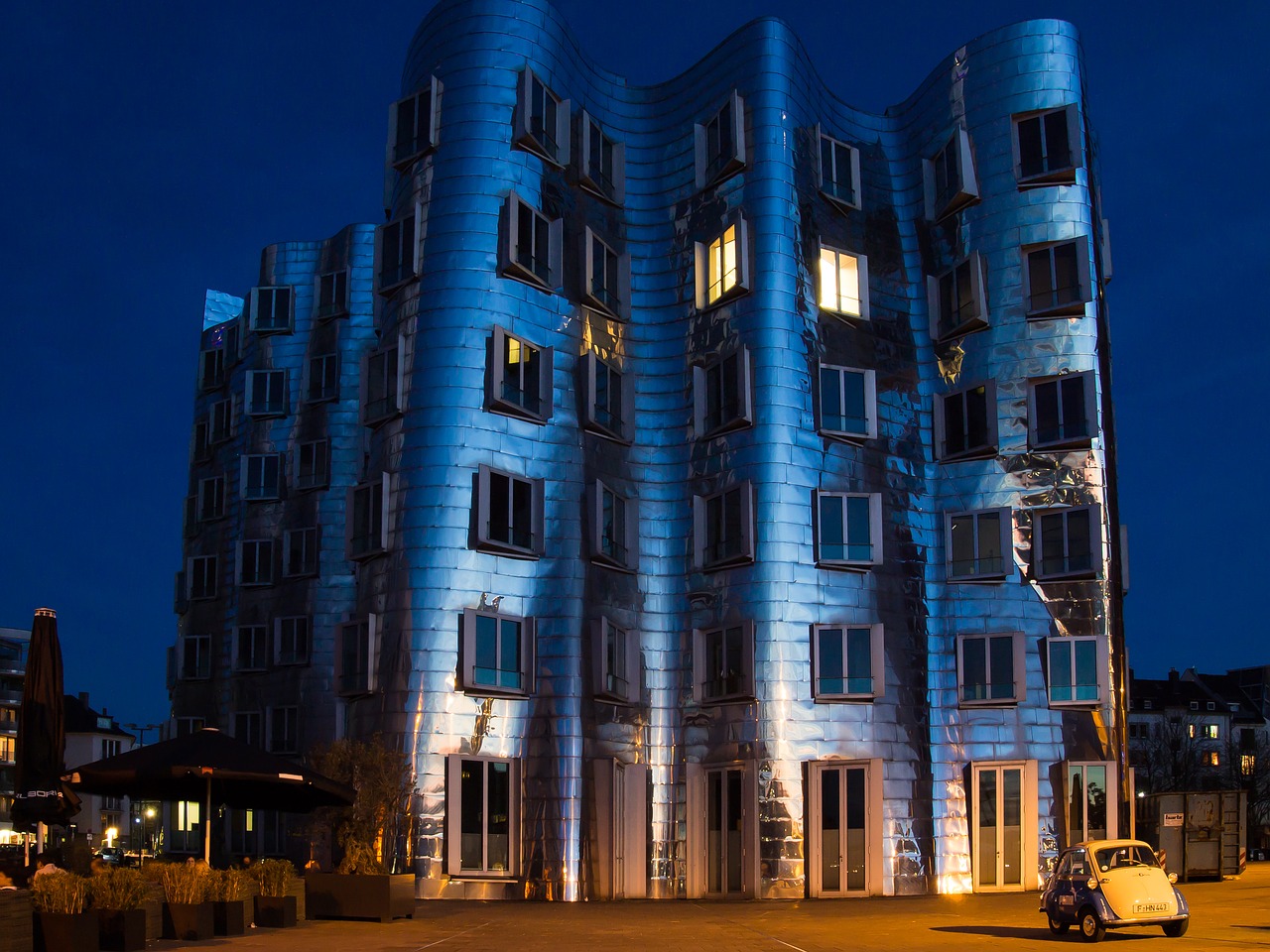 Building
The Rheinturm, the 787-foot high telecommunications tower has come to be recognized as the icon of the city. This concrete wonder is open to the public, who delight in breathtaking views of the city and the river from its observation deck and revolving restaurant. The illuminated portholes of the tower form the biggest digital clock in the world, while also providing aviation warning lights.
More Info
Open In Google Maps
20 Stromstraße, Stadtbezirk 3 Düsseldorf, Nordrhein-Westfalen, 40221, Germany
+492118632000
View menu
Visit website
Visit Facebook page
Send an Email
Give us feedback

Building
The Stadttor (or City Gate) is a spectacular 16-story building dominating the skyline of Dusseldorf. Serving as the seat of the State Chancellery of the Prime Ministers of North Rhine-Westphalia, the Stadttor boasts an ultra-modern architectural design. It is characterized by two rhombic parallel glass towers and double façades, built on the principle of double glazing, whereby every floor has great natural ventilation, thus bringing down electricity consumption. When it was awarded the Oscar of Architecture award and the special jury award for the best office building at the real estate exhibition in Cannes in 1998, it didn’t really surprise anyone.
More Info
Open In Google Maps
1 Stadttor, Stadtbezirk 3 Düsseldorf, Nordrhein-Westfalen, 40219, Germany
+4921160006020
View menu
Visit website
Visit Facebook page
Send an Email
Give us feedback

This towering structure is built out of a combination of light and heavy construction materials and is built in a New Functionalism style. Currently, it houses the Vodafone corporate office. 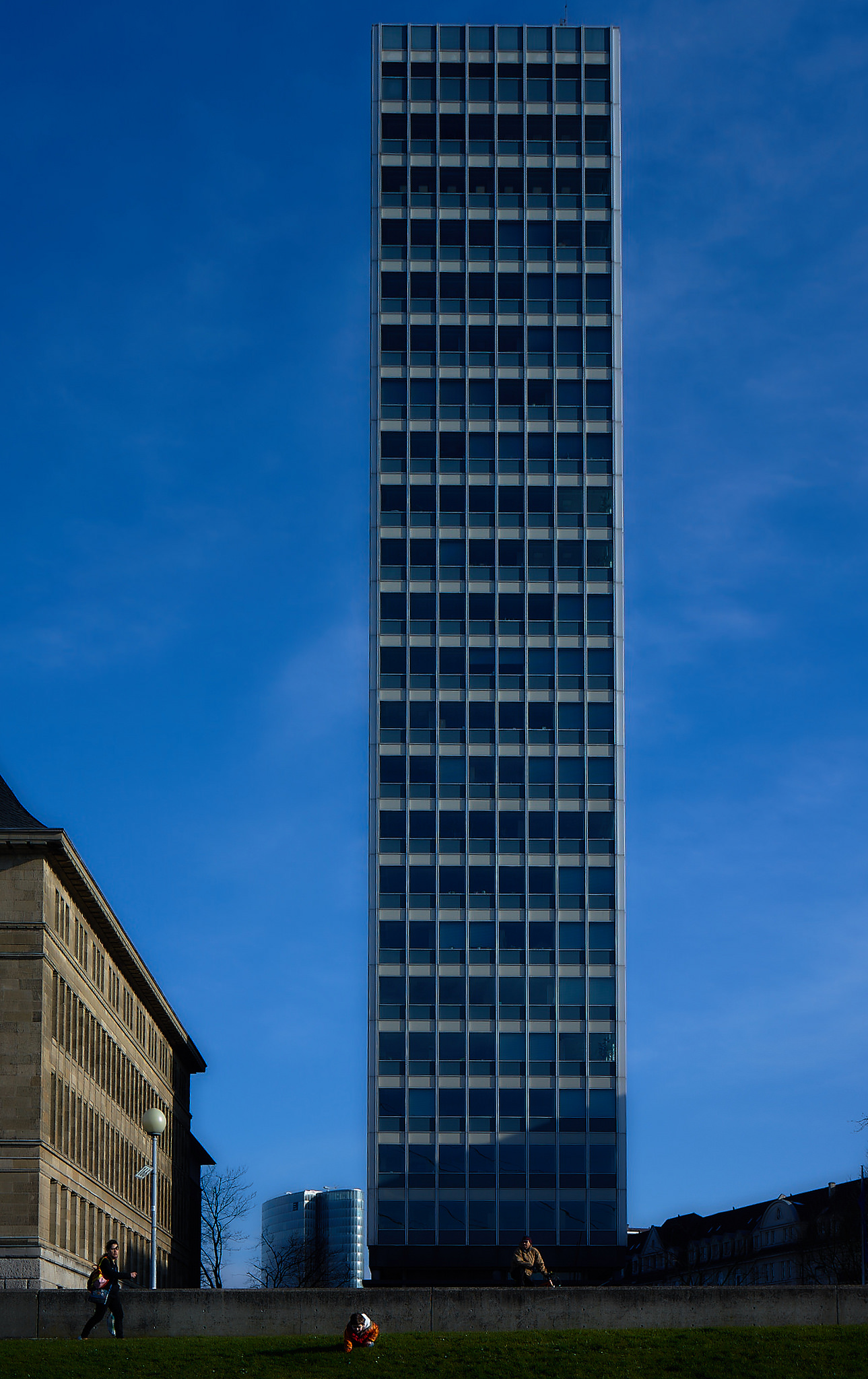 The Kö-Bogen is an amazing example of modern urban architecture, and certainly deserves the title bestowed upon it of “project of the century.” This glittering, gleaming glass and concrete ensemble is a shopping center, housing premium, luxury brands. 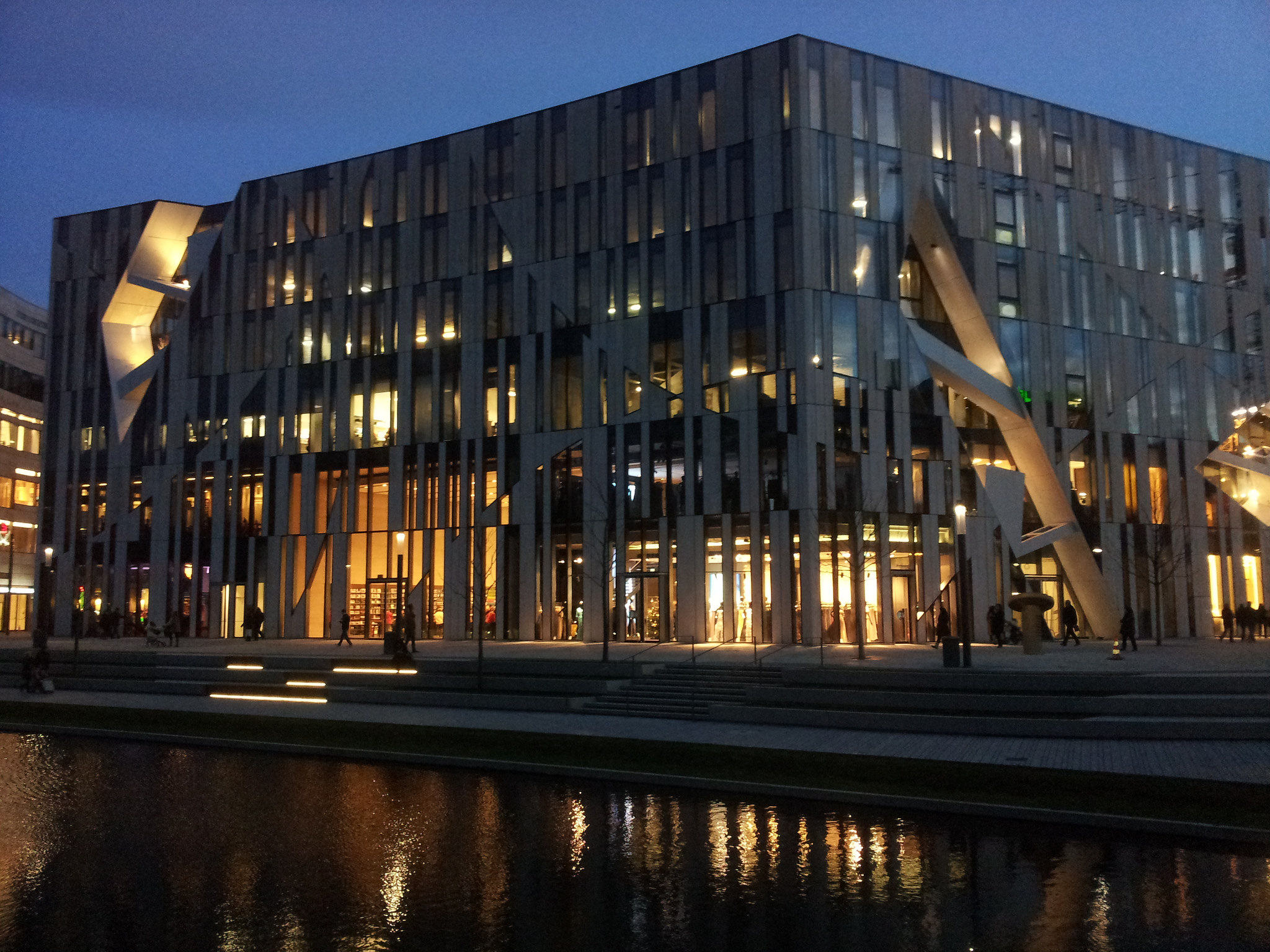 Building, Museum
Kunstsammlung | © Tobias Steinhoff/Flickr
One of the most visited and popular sights in Dusseldorf, the Kunstsammlung is an art museum and exhibition center boasting an exceptionally good collection. The building has a beautiful black Bornholm granite façade.
More Info
Open In Google Maps
5 Grabbeplatz, Stadtbezirk 1 Düsseldorf, Nordrhein-Westfalen, 40213, Germany
+492118381204
View menu
Visit website
Visit Facebook page
Send an Email
Give us feedback
Give us feedback