A Tour Of Cologne’s Romano-Germanic Museum

Cologne’s Romano-Germanic Museum offers a somewhat surprising glimpse into Roman life, showing that this contemporary German city has a remarkable abundance of treasures hidden beneath the surface, including a world-class collection of Roman glass.

Cologne is very much a modern city, and Roman remains are not the first thing to come to mind when the dominant image of the city is of the cathedral, surrounded by development that is largely a result of post-World War II reconstruction. Yet underneath all the modern development lies significant Roman remains. Cologne was a major city during the Roman Empire, and much that has been discovered is on display at the city’s Romano-Germanic Museum.

Cologne started out as a simple town adjacent to a Roman fort, but Agrippina the Younger (wife of Emperor Claudius, daughter of Germanicus, sister of Emperor Caligula and mother of Emperor Nero) was born there, and in AD 15 she persuaded her husband, Emperor Claudius, to raise the town to the status of city – Colonia Claudia Ara Agrippinensium – hence the city’s modern name.

The museum not only houses the artifacts from the Roman city but is a Roman site in itself. The basement covers the ruins of a significant villa and the large Dionysus mosaic is on display is in its original location. 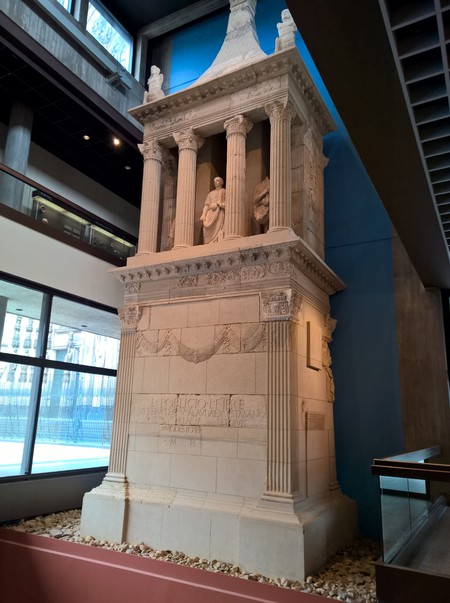 The museum is located just south of the Cathedral in a modern complex that also houses the Museum Ludwig with its collection of 20th-century and contemporary art– including some significant Picassos – and the Philharmonie concert hall. For the moments when you need a break from sightseeing, the café Ludwig im Museum is an excellent stop.

A modern rectangular structure that appears to be suspended over a pair of glass boxes, the Romano-Germanic museum provides the casual passer-by with a glimpse of many of the museum’s contents, including a significant array of gravestones, each enlivened by details about the owners. But the structure that perhaps dominates is the huge Sepulcher of Poblicius. Dating from AD 40 this funerary monument was originally three stories high, and enough of it has survived for the whole edifice to be reconstructed. Only around a third of the stones are original, and the image of Poblicius himself looks perhaps crude in its detail, lacking the eyes and painted detail, but the structure gives us an idea of the huge scale of Roman building, which we are often inclined to forget. 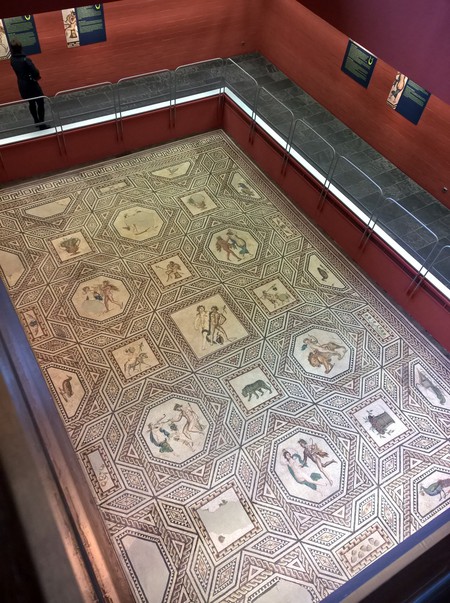 The museum is organized on three floors; the basement includes the Dionysus mosaic and a series of cases about Roman life. The whole museum is arranged according to theme, and this means that you can browse some remarkable displays relating to the specific daily life of Roman men and Roman women, as well as other aspects. There are even some leather shoes on display. Striking reconstructions include a Roman carriage complete with a fine set of decorative bronze fittings and primitive suspension using leather straps. There is also an image of a medieval copy of a Roman map, which not only gives you an idea of the size and detail of the Empire’s road system but makes you wonder about the comfort of travelling in such a conveyance over large distances (as well as giving younger visitors endless pleasure). 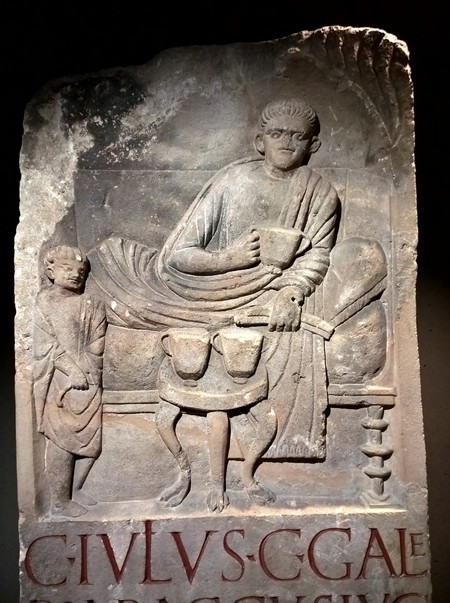 Stones, of course, are a major feature of the collection, and the large top floor has a remarkable selection of gravestones, sections of buildings, as well as a profusion of portraits. These range from the stylized to the rather detailed, giving you the sense that you might get to know the person. All the labelling includes summaries in translation, so that the non-German speaker can appreciate what is being displayed. 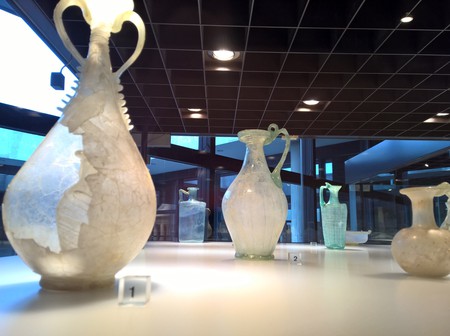 The treasury contains a fine selection of Roman jewelery, notable not so much for the fineness of the gold or the preciousness of the gems but for the incredible filigree work. But the museum’s real treasure lies dotted around the museum: one of the finest surviving collections of Roman glass.

The survival of glass from the Roman era is remarkable in itself, but the museum is able to display a wide range of items from the simply functional to highly decorative pieces whose style evokes the highly decorative Murano glass of the modern era. 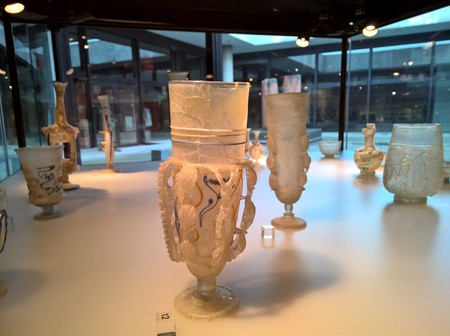 In early 2016, the museum’s ground floor was devoted to a special exhibition on Agrippina the Younger, with images of her and the wider Imperial family, along with an evocation of life at the time, as well as historical maps and woodcuts which drew on the way Agrippina’s name persisted in the city during the medieval period and later.

Museums of archaeology can often seem like dry places, but the sheer profusion, quality, and variety of the collections in the Romano-Germanic Museum means that many details of the Roman era are brought to life.