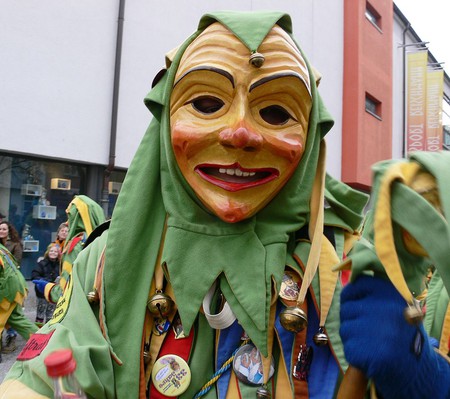 There is plenty going on in the heart of Southern Germany. As well as the famous Oktoberfest, there are a host of festivals and events throughout the year to keep you entertained. Whether you want to watch an artsy circus, stay up all night listening to new bands, or watch knights on horseback fight it out in a medieval-style tournament, Munich has something for you whatever the month.

To begin, something of a caveat. Exhausted from the festive season and tucked inside against the weather, the year gets off to a quiet start in Munich. Temperatures regularly get down to -15°C and colder, and the city’s population seems to escape to the Alps to ski themselves warm. However, as the bleak weather starts to disappear, it’s time for “Fasching”, the start of Munich’s carnival season. The city has a Council of Fools to make sure the celebrations go off in style, and each guild throws a Fasching ball. The festival officially lasts from early January to Shrove Tuesday, which is the peak of the celebrations when bars are packed, bands play in Marienplatz, and people are dance-on-the-bar drunk at 6pm. What better incentive do you need than to start Lent with a hangover?!

Heard of Starkbierfest? It’s basically a mini-Oktoberfest with extra strong beer and is one of Munich’s best kept secrets. From March 10th to April 8th, the Paulaner, Augustinerkellar and Löwenbräukeller all take part, brewing an extra strong beer specially for the occasion. It’s seriously potent: one maß is the equivalent of about four pints of regular strength beer. Much less crowded than Oktoberfest, you’ll still get everyone in traditional dress and plenty of atmosphere with live bands, just without the pretty tents and less pretty stag parties. Your “entry fee” buys can be redeemed to claim your first round.

Spring is in the air and this is when festival season in Munich gets into full swing. If you’re looking for rides and traditional German food, head to the the Spring Festival or “Little Wiesn” as it’s affectionately known, or the Auer Maidult at the end of the month (April 29th). For something a little different, the Wannda open-air circus gets started with everything from yoga to stand-up comedy from the middle of the month. Biking enthusiasts should make tracks to Olympiapark on the 22nd and 23rd of April for “SattelFest”, where they can browse and test ride the latest bikes, while competitors go head-to-head in the races. 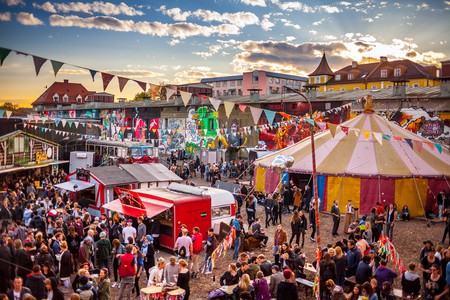 Want to choose between 400 concerts on one night? The Long Night of Music takes place at over 100 venues across the city, with dedicated transport routes included in your €18 ticket. No worries if it turns into a big night: the weekend after is the Kebab Festival! A testament to Munich’s obsession with the dish, this is the place to go to learn the difference between an İskender and a Şiş kebab. Alternatively, on May 13th, the Buddhist festival of Vesakh is celebrated in West Park around the lake. Here you can catch a Vietnamese lion dance, Tibetan dances, or join in with a Tai Ji session.

This month is Munich’s birthday and the city celebrates in style. The City Foundation festival takes place over two days on 17th and 18th June with a special craft market and a central stage for performances in Marienplatz. The music and culture festival, Tollwood, opens for its summer edition on June 21st, and there’s even a Burger Festival on the 25th. Towards the end of the month, Munich gets cultural with the Opera festival from June 24th to July 31st, featuring 36 evenings of opera and ballet including two free open air performances outside the opera house. Also this month is AsiaFest, Filmfest and the Kunstreal Fest for art lovers. 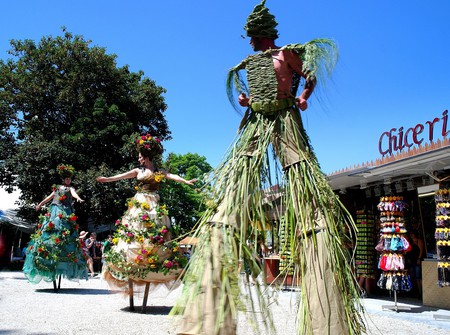 Take a day trip outside of Munich and step back in time! Set at a nearby castle the Kaltenberger Knight tournament on July 14th sees a medieval village complete with jousting arena constructed in the castle grounds. As well as a parade with traditional costumes and animals (including well-trained geese and bulls), there’s an incredible display of stunt riding and jousting. More of a music buff? July 15th and 16th is an annual open air classical music concert at Odeonsplatz. If you fancy a music festival with a view, head to Norkette Wetterleuchten. A unique event at 2000 metres high with live acts music and camp fires; either pitch a tent, or take a cable car back down – they run until 3am for the festival. 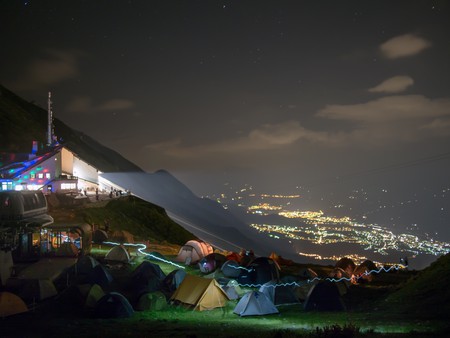 If you didn’t manage to catch the Jacobidult in July, the traditional fair continues until August 6th. August is the month for music. In its 37th year, Theatron Musiksommer runs for almost the whole month of August, making it one of Europe’s longest music festivals. Admission is free, and when you’re not listening to a band, you can take a seat on one of the deckchairs by the purpose-built “beach” on the Olympiapark lake and watch wakeboarders perform tricks. Another month, another mountain music festival on August 26th, this time on the comically named Mount Wank. In its third year, the open air festival has panoramic views of the Alps. 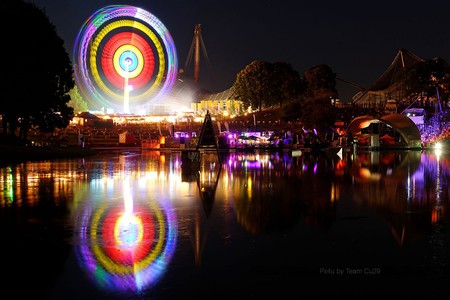 There’s only one festival that dominates September – Oktoberfest. Despite the misleading name, the festival actually starts on Saturday 16th September finishing early October. The weeks are packed full of extravagance from the arrival of the tent patrons parade, to the tapping of the first barrel. Highlights include the traditional costume parade on Sunday 17th September and the traditional brass band concert on the steps of the Bavaria statue on the 24th. There are also two family days (19th and 26th) where all prices for rides are discounted.

As Oktoberfest mania dies down, the city barely pauses to catch its breath before holding the last Auer Dult of the year. The Kirchweihdult takes place around the Mariahilfplatz in the Au district and is part festival, part market and part excuse for lashings of good food. Must-try snacks include Flammkuchen (think pizza meets pitta bread, but with a creamy base), and the stecklerfisch (fish that’s been spit-roasted on an open flame). Food in hand, wander around the many stalls selling everything from traditional kitchen fare and household items to antiques and dodgy taxidermy. 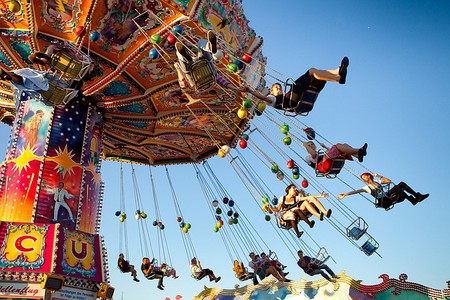 As the nights draw in and temperatures begin to dip again, Munich stands firm against the cold… with a little help from some Glühwein. The end of November marks the start of Winter Tollwood. The popular festival’s winter edition includes an indoor market, vegetarian food tent and an incredible range of cocktails: try a hot Mojito! Christmas markets pop up all over the city; the most well-known is in Marienplatz, but you’ll also find everything from medieval-themed to gay-friendly markets with performing drag queens. Make sure you try feuerzangenbowle – it’s Glühwein made even more potent with rum, then set on fire for a bit of good old-fashioned showmanship! 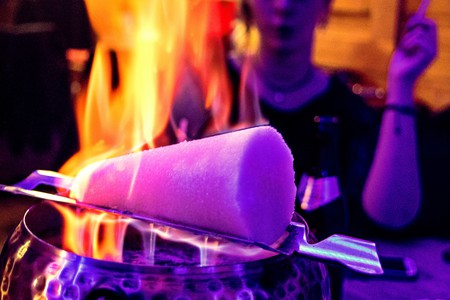