A Literary Tour of Heidelberg

Heidelberg, a picturesque, intellectual city, sits in the south of Germany in the Baden-Württemberg region. The university has hosted many brilliant and creative figures in time, and is especially known for its literary background, as it was named a UNESCO City of Literature in 2014. During fair-weather days, tourists walk the streets, knowingly and unknowingly tracing the steps of Johann Wolfgang von Goethe, Max Weber, Friedrich Hegel, Clemens Brentano, Bettina von Arnim, Josef Eichendorff, and many other famous figures. 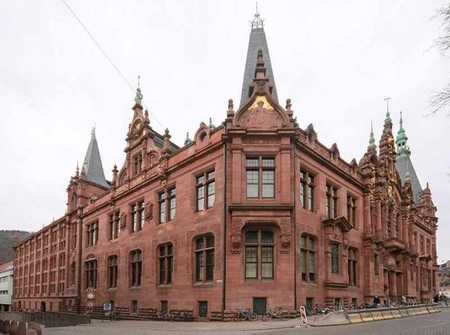 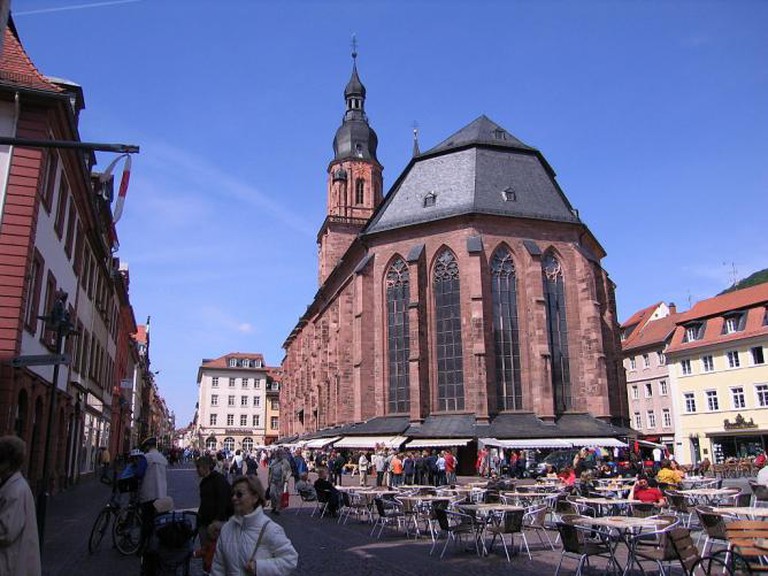 Heiliggeistkirche, Heidelberg | © Tk/Wikicommons
The Heidelberg University Library is a beautiful place to visit. Walking through its halls will take you back in time, and there are even small historical exhibits housed throughout the library. Today, many students sit intently, learning their class material, and many rare and fragile books can be found inside the walls. Construction of the building began in the beginning of the 20th century and many of the books housed at the Heiliggeist Kirche were transferred to the new location when it was built.
Open In Google Maps
107-109 Plöck, Altstadt Heidelberg, Baden-Württemberg, 69117, Germany
+496221542380
Visit Website
Give us feedback

Church of the Holy Spirit 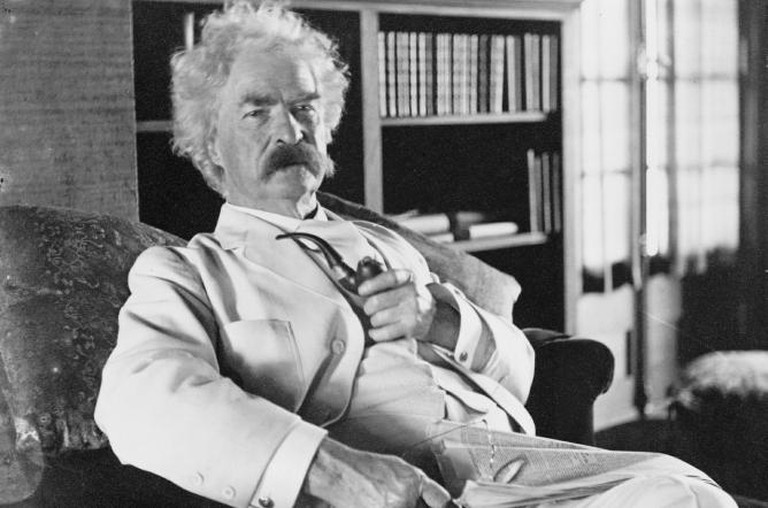 The Heiliggeist Kirche is a large church in the middle of the old city, or the “Altstadt”. It sits not far from the castle, and has a deep history within its walls. Once it was the Bibliotheca Palatina, and held the Palatine library which was considered the most important library in the German Renaissance period. Many of the books have now been transferred to the Vatican, and are being kept there, although some still reside inside the university’s library.
Open In Google Maps
Marktplatz, Altstadt Heidelberg, Baden-Württemberg, 69115, Germany
+49622121117
Visit Website
Give us feedback

Mark Twain, a literary favorite, spent several months in Heidelberg during 1878. He is known especially for his works Huckleberry Finn, A Tramp Abroad, and Tom Sawyer. During his stay, he slept at Hotel Schrieder, now called Crowne Plaza, and then Hotel Schloss, near the ruins of the old castle. In his book, A Tramp Abroad, Twain wrote many chapters depicting Heidelberg and its surroundings. It is known that he enjoyed observing the student prison, as well as sitting in on lectures at the university. 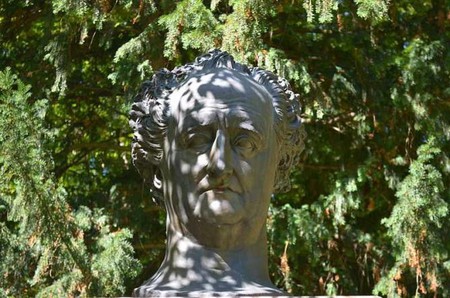 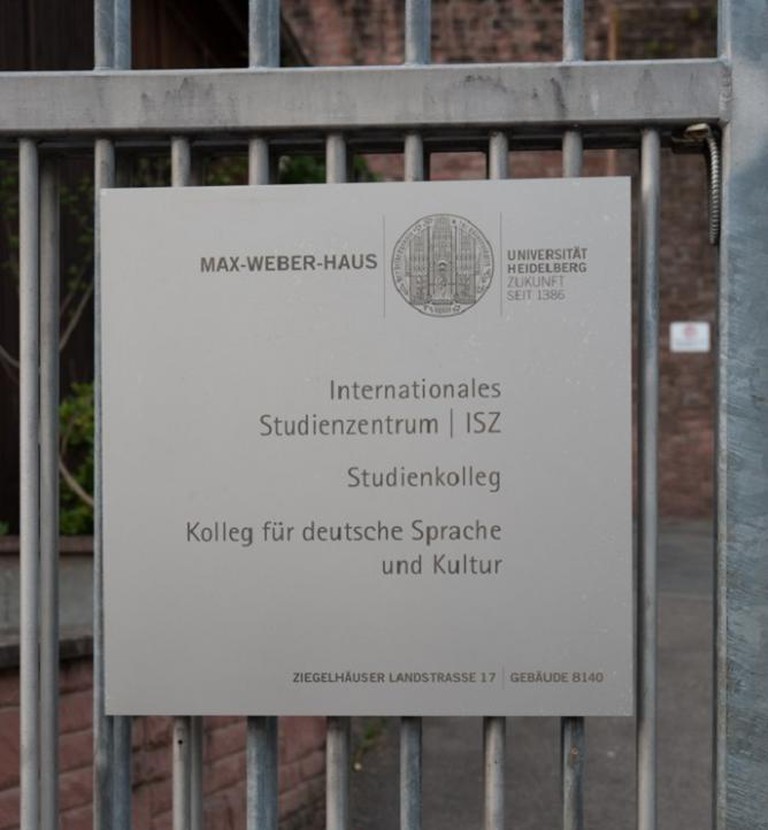 Max Weber Haus | © Ehret/Wikicommons
Johann Wolfgang von Goethe spent a short time in Heidelberg. There lies a memorial of him in the castle gardens, where he took pleasure in painting the fallen tower. There is the “Goethe-Marianne-Bank” which represents his time with his wife, Marianne von Willemer. Goethe is best known for his writings which include The Sorrow of Young Werther, Theory of Colors, and the play Faust. Goethe is also known for his poetry that inspired the German literary movement of Introversion.
Open In Google Maps
1 Schlosshof, Altstadt Heidelberg, Baden-Württemberg, 69117, Germany
+496221658880
Visit Website
Give us feedback 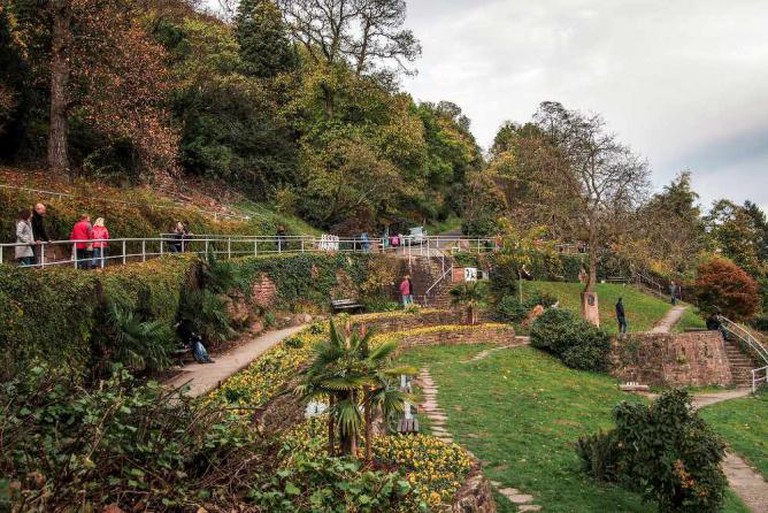 Heidelberg Philosopher's Walk | © Luftphilia/Flickr
Max Weber is considered one of the founders of sociology. During school, he spent his first year in classes in Heidelberg studying law, before continuing his education in Berlin. He was a major figure in fields of politics, philosophy and law, and taught economics at the university in Heidelberg for a while before continuing to work privately. Many works from Weber focus on sociology and how it interacts with other disciplines. Today, Heidelberg hosts the Max Weber Haus that sits along the banks of the Neckar river. It is used as the “Internationales Studienzentrum” for international students learning the German language and culture. The house where he lived can be found on Plöck, next to the library of the university.
Open In Google Maps
17 Ziegelhäuser Landstraße, Heidelberg, Baden-Württemberg, 69120, Germany
Visit Website
Give us feedback

Forest, Monastery, University
Facebook
Email
Twitter
Pinterest
Copy link
Share
Map View
Up the hills of Heidelberg lies a path winding through the forest called “Philosophenweg”. Here, it is possible to escape the noise of the town for the serenity of the forest and philosophise while meandering along the long, quiet path. Just ten short minutes will bring you to a lookout point over the beautiful town, while the whole hike can take many hours, leading to a monastery as well as an amphitheater. There are several tributes to poets and writers along the path, which include Eichendorff, who studied for a short time at the university, as well as Hölderlin, a poet who had wrote an ode to Heidelberg.
Open In Google Maps
Heidelberg, Germany
Give us feedback
Give us feedback