A Fitness Lover's Guide to Cologne 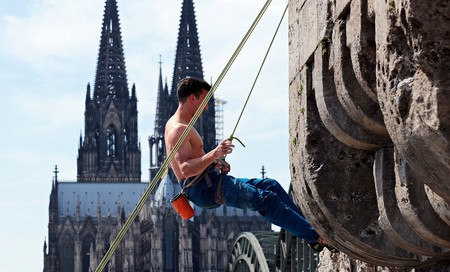 The many sporting facilities that litter Cologne hardly leave any room for excuses. Traditional gyms, yoga studios and running trails through the many parks are popular choices, but the city also offers some more adventurous ways to stay fit – whether that’s rock climbing or wakeboarding. Here are a few ideas on how to stay in shape when you’re in Cologne.

Countless gyms populate Cologne’s city centre and offer everything from basic to all-inclusive plans. McFit, Clever Fit and Just Fit lure with monthly no-fuss memberships of around 20€ ($24) that often only include access to the gym and video classes which is perfect for those who focus on cardio and free weight training. Upscale gyms operated by Fitness First, Holmes Place and Health City on the other hand include premium facilities such as pools, saunas, classes and personal training. The CrossFit frenzy has made its way to Cologne as well, and several studios have popped up in recent years. If you’re dedicated to a serious workout, CrossFit Cologne and CrossFit Am Dom will take you through the individual disciplines and get you into shape with their daily routines. 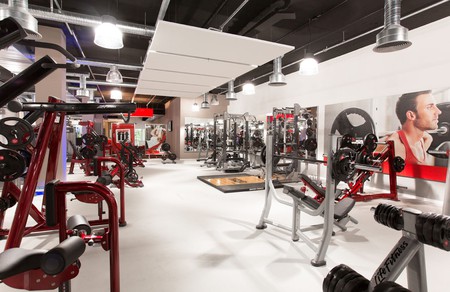 A complex network of cycling paths traverses Cologne and the surrounding region. Routes take you along the river Bonn or Dusseldorf, through leafy suburbs and forested areas. Guided tours often follow a theme and explore street art, the riverside promenade or ancient Roman monuments. Signs guide the way if you want to explore the city on your own and you can get a bike from one of the bike rental stations across the city. Radstation at Cologne central station has mountain, city, trekking and e-bikes in store and charge an hourly or daily fee. You’ll also find pay-as-you-go bikes all over the city. Look out for the red KBV Bikes or the blue logo of Next Bikes and simply use your credit card to rent one of their bikes for shorter trips.

Over the past few years, more and more yoga studios have opened up across the city and now offer a range of different practices. Ashtanga Yoga is widely spread, and Ginger Up! and Ashtanga Yoga Mitte are only a few studios. Lord Vishnu’s Couch operates three Cologne studios, and focusses on vinyasa flow with a few yin and Jivamukti classes throughout the week. Yoga Loft has a similar schedule though some of their classes are taught in English. If you want to take it slow, the beautiful Tajet Garden studio and their Hatha classes might be your spot, though if you want to sweat out all those toxins, head to Yoga 39° for a hot yoga class. 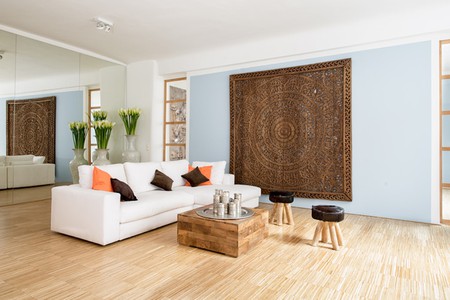 There are roughly a dozen indoor rock climbing and boulder centres in Cologne. Kletterfabrik in Cologne’s hippest quarter Ehrenfeld ranks among the largest indoor centres in Germany. Its walls are anywhere between nine and 17 metres (29.5 – 55.8 ft) high and feature more than 300 routes for novices and professionals, plus a bouldering area. For more ropeless fun, the 1.800 square metres (19,375 sq ft) Boulderplanet centre is just around the corner. Two centres on the other riverside have a lot of extra activities on the agenda. Stuntwerk offers not only bouldering rocks, but also fitness and yoga classes, parkour courses and the Abenteuer Kalk complex encompasses a whopping 5.000 square metres (53,800 sq ft) of both indoor and outdoor climbing walls, a skatepark, dirt trails and more.

The many lakes in and around Cologne put aside, the city offers several public indoor and outdoor pools where you can swim laps. Köln Bäder operates 12 pools alone which are scattered across the city. Though the facilities vary, their centres often have a sauna and gym. The beautiful Neptunbad in Ehrenfeld and the Claudius Therme both offer a combination of a pool and a spa and wellness centre which is great if you want to unwind after a swimming session. 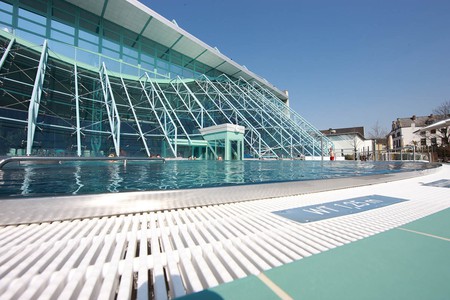 Cologne has always had a decently sized skater community and back in the day, many skateboarders, BMX riders and rollerbladers would gather at the large plaza around the Cathedral to work on their tricks. Skating was eventually banned there, but the city council added a few outdoor parks across the city and Cologne shot up to be a hotspot for skaters in Germany. Many ventured further south to explore the 2.000-square metre (21,500 sq ft) KAP 686 which opened in 2010. The area is decked out with ramps, halfpipes, rails and curbs and floodlights illuminate the park in the evening. The North Brigade park in Cologne’s north is one of Germany’s largest skateparks and after 25 years underwent a complete makeover in 2014. Other popular spots are Lohse-Rampe and the sheltered mini ramp underneath the Zoobrücke bridge.

Cologne might not seem like the obvious place to get into watersports, but the vast array of activities will prove you wrong quickly. Both the Rodenkirchen and the Mülheimer rowing club offer training courses and long-term memberships and the Zugvogel club covers everything from slalom to whitewater canoeing at their base in Cologne Porz. Just outside Cologne, the Langenfeld cable park offers year-round waterski and wakeboard fun, including courses for all levels, while the Blue Marlin dive centre at Fühlinger See lake even takes you underwater. Those who want to stay above the surface can rent stand-up paddleboards on-site. 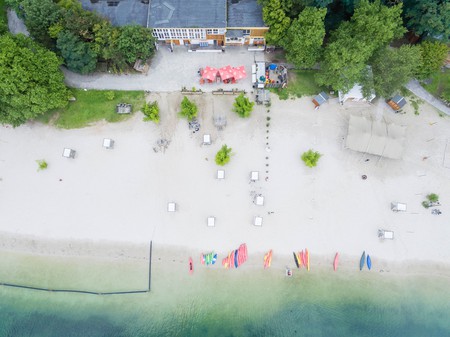