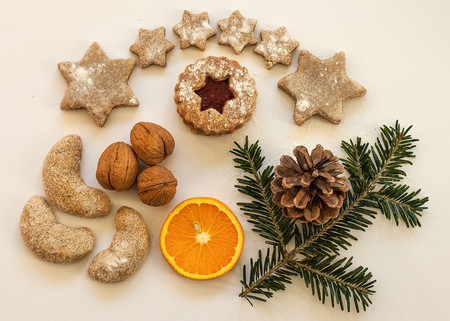 Baking Christmas cookies is a customary activity of the season around the world, and while its origins are vague, the story of Germany’s Weihnachtsplätzchen might just lie at its source. Weihnachtsplätzchen is actually an umbrella term referring to authentic German Christmas biscuits more broadly, and it encapsulates a number of festive treats.

There’s the heart-shaped gingerbread Lebkuchen, the shortbread-like spritz cookie, coconut macaroons, Zimtsterne (cinnamon stars), Schwarz-Weiß-Gebäck shortbreads, the artful Springerle biscuits, and more. Historically speaking, Germany is a religious country, and the baking begins at the start of advent often commencing around the time of St. Nicholas Day and continues in preparation for Christmas. Many families still observe recipe traditions that go back several generations.

The tradition itself can be sourced all the way back to the monasteries of the Middle Ages, where monks baked different sweets and breads in observance of this anticipated religious season. Some of the very first baked goods to qualify as the Weihnachtsplätzchen that we know today were the Stollen, a kind of fruitcake and the Lebkuchen. The former was made for the first time in 1545 for the council of Trent and the latter was popularized when in 1487, Emperor Friedrich III distributed it to the children of Nuremburg, printed with his likeness. 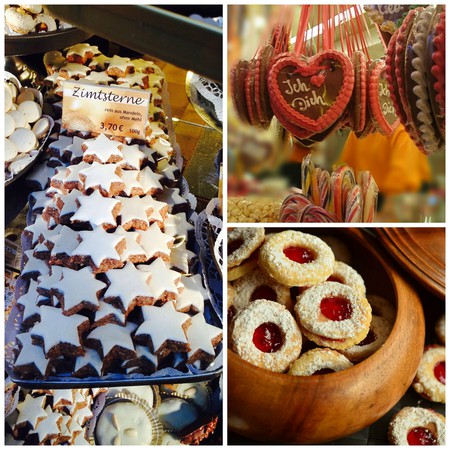 It wasn’t until the 19th century that laypeople began making Weihnachtsplätzchen on their own. It was around this time that the necessary ingredients including cinnamon, sugar, and vanilla became more widely accessible and affordable. Today, many different cherished family recipes exist in German families as well as those abroad with German ancestry. The cookies are typically infused with additional seasonal flavors like cardamom, ginger, orange, and currant along with a variety of different nuts and liqueurs.

Despite their more widespread preparation, some of these specialties are protected by law, so that lesser versions are not produced outside of their original geographical locations. Such is particularly the case with regard to various styles of Lebkuchen. With this being said, most of the classic German Christmas cookies can be bought in stores, and many of them have disseminated in various forms to the tables and traditions of other people around the world. In fact, we wager that most of these classics look quite familiar.

Next time you pick up a cookie this Christmas season, now you may just know where it came from. Frohe Weihnachten!