A Brief History Of The Munich Starkbier Fest 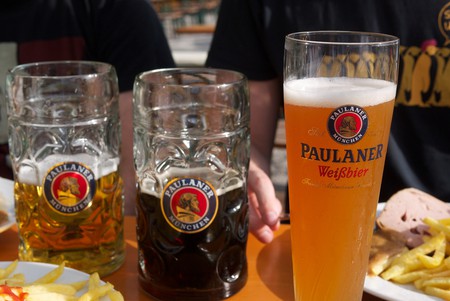 It’s no secret that Germans really like to celebrate their beer. Throughout the year, there are several festivals that revolve around the magnificent consumption of variegated beers: Oktoberfest, Frühlingsfest (a miniature Oktoberfest), and Dorffeste (village festivals around May/June). However, the oldest festival, and the first one of the year, seems to be the hidden treasure amongst these beer celebrations. It’s called Starkbierfest, and it is steeped in ancient tradition and lavish history.

It All Started With Monks

All beer in Munich was initially brewed by monks in the monasteries. The Starkbier was, therefore, invented by the monks as well. The origins of the Starkbier arose out of the dilemma the monks faced during Lent. For a 40-day period, they had to fast and could not consume any food. However, they were allowed to drink. So they decided to create a beer that was rich in nutrients and calories in order to keep the monks satisfied and full during Lent. Indeed, the monks themselves referred to the beer as ‘Flüssiges Brot’ (liquid bread) due to its high calorific value. The first monks to create the Starkbier were the Paulaner monks, and they brewed the first batch in 1629 and called it ‘Salvator.’ 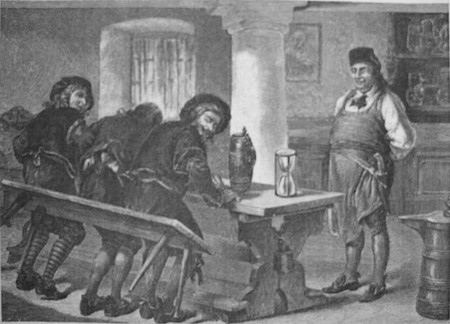 Ironically enough though, the word Starkbier (translated as strong beer) does not actually refer to the strength of the alcohol, although its percentage is higher than normal beer. The strength stands for the concentration of the dissolved solids in the beer (such as starch).

Sharing With The Public

Soon the Munich citizens heard of this fantastic beer that satisfied the devout during Lent season. However, due to the strict rules of the city, monks were technically not allowed to give out the beer to anyone outside the convent – they did not have the appropriate brewing license for this. Despite this fact, in the early 1700s, the Bavarian rulers started to bend the laws and try the beer out for themselves. One of the rulers, the Bavarian elector Karl Theodor, started to feel generous and decided to change the law in 1780, allowing the monks to serve the Starkbier to the entire public.

It was this changing of the rule that created the tradition of consuming Starkbier during Lent season. And as usual, a tradition had to be properly celebrated, which is why only a couple of years later, the first Starkbier festival took place.

Another tradition materialized out of the publicizing of Starkbier: Derblecken. Once the Starkbier was distributed to the pubs and breweries around Munich, the hosts invited their guests in only after making cynical and satirical jokes about them. This became such a standard procedure, that every Starkbier Fest had a show before the opening that would make fun of politicians and German celebrities.

Of course, nowadays, no one would think to consume such strong beer without eating a savory meal alongside it. However, the festival is still being held around Lent, after Carnival season. The main breweries in Munich hold the festival in their halls, the most famous of which is the Paulaner ‘Nockherberg’ brewery, as it is the Paulaner monks that started the tradition in the first place. 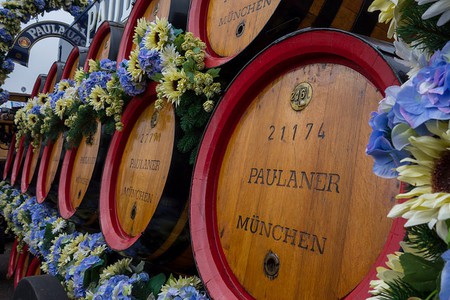 The festival has turned into an annual sensation in Munich. The breweries transform into huge parties where everyone holds their liter-mug filled with Starkbier, sings to Bavarian tunes, and dances on the tables. Many visitors are left in the dark when it comes to knowing the true history of their new favorite beverage; the beer they are drinking traces back to some hungry monks clawing for caloric intake during Lent. But, we have them to thank for such delicious beer, and such a righteous celebration.