A Brief History of the Hamburger 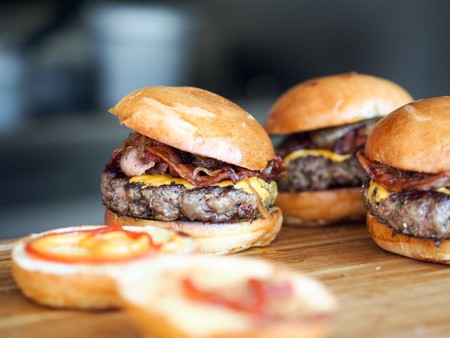 A classic Calvin and Hobbes comic strip once asked if hamburgers were made out of people from Hamburg. And while Hamburg’s citizens are, of course, known as Hamburgers, it was the city’s role as an international port that gave rise to its most famous namesake. Find out more about the history of the hamburger here.

Historians believe that minced beef was first eaten by Mongol horsemen (think Genghis Khan) and in the 13th century made its way to Russia where it became known as Steak Tartare. Via trade routes on the Baltic Sea the raw delicacy traveled to Hamburg. By the 17th century minced beef had become a popular dish of the Germans who fried it or stuffed it in sausages.

The earliest mention of the forebearer of the hamburger is in a 1763 English cookbook by Hannah Glasse, The Art of Cookery, Made Plain and Easy. She describes a smoked ‘Hamburg sausage’ made from minced beef and seasoned with suet, pepper, cloves, nutmeg, garlic, salt, wine and rum. In 1802 the Oxford English Dictionary includes a ‘Hamburg steak’ – a slab of salted, minced beef that is slightly smoked and mixed with onions and bread crumbs.

Salted and smoked food was ideal sustenance for long sea voyages and in the 18th century the ‘Hamburg steak’ made its way across the Atlantic. Ships of the Hamburg-America line brought thousands of immigrants to the New World and soon Hamburg-style beef patties were served from eating stands in New York.

Fun fact: the Germans have never called this dish ‘Hamburg steak’, instead it’s known as ‘Frikadelle’ or ‘Bulette’. 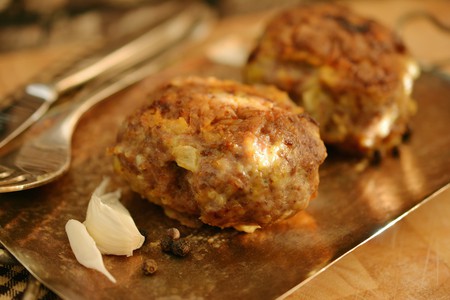 Now that we know how the beef patty made its way to North America, the question remains: who first combined it with a bun, creating the hamburger that we know and love? History is rarely straightforward and there are several contenders.

According to the Library of Congress, Louis’ Lunch in New Haven, Connecticut served minced beef patties between slices of bread in 1895. Another story places the birth of the hamburger a decade earlier and in Seymour, Wisconsin. It is said that, in 1885, “Hamburger Charlie” Nagreen, when having little success at selling meat balls at a county fair, decided to put them between two pieces of bread to make it easier to eat them on the move. Finally, the Menches Brothers claim to have invented the dish at a 1885 county fair in Hamburg, New York. As the story goes, the brothers ran out of pork for their sausage patty sandwiches and cooked up a minced beef sandwich, flavoured with coffee and brown sugar, instead.

Whichever may have been the first, the hamburger rapidly gained popularity. In 1904 it was presented at the St. Louis World’s Fair, and in 1916 Walter Anderson, a fry cook from Kansas, invented a bun specially for hamburgers. Five years later he co-founded White Castle and the world’s first burger chain was born.

A century later, hamburgers are sold all across the world in countless variations. They are a staple food of fast food joints and high-end restaurants alike. In the USA alone, an estimated 50 billion burgers are eaten every year, that is 3 per american every week. Burgers make up 40% of all sandwiches sold and account for over 70% of beef served in commercial restaurants.

Despite attempts during World War One to rebrand the unpatriotic ‘hamburger’ as a ‘liberty sandwich’, it has continued to carry the name of Hamburg, the city from where the minced beef patty began its world domination. 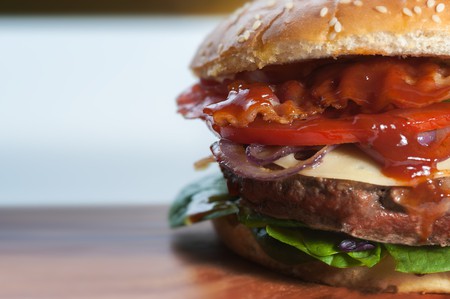 An American burger | © Pixabay
Give us feedback