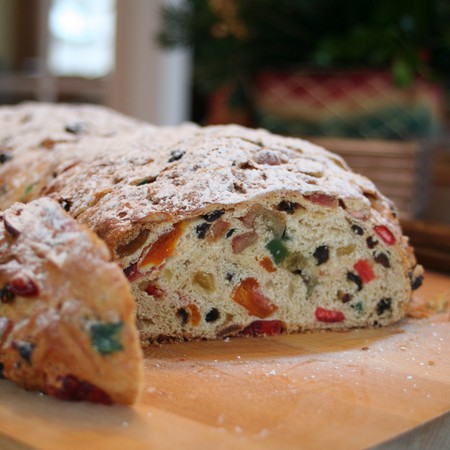 The task of representing the Baby Jesus in the form of a baked good may well be imagined to be an onerous one. You might choose a shaped cookie, or ice his likeness on top of a gooey layer cake. However, it appears that Germans, who set themselves this difficult challenge, have succeeded. After 500 years of experimentation, bakers have settled on a dense, moist brick doused in icing sugar, known as stollen. Thankfully, it more than makes up in the taste department for its failings as representational art. Here, we take a look at its history. 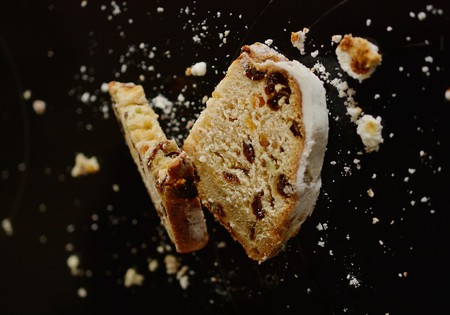 It doesn’t look that much like the Baby Jesus, does it? | © congerdesign/Pixabay

In essence, stollen is enriched bread studded with candied fruit peel, nuts, spices and raisins soaked in booze; a sort of fruitcake/hot cross bun mix. It wasn’t always this way.

In its first incarnation, stollen was made of flour, oats and water. No sugar, no fruit, no booze. Then, 100 years later, it evolved to include flour, oil, water and yeast. So far, so bready. Because stollen is baked during Advent (the five weeks of fasting leading up to Christmas), the Church forbade the use of butter. Five popes later, the Elector of Saxony was finally allowed to use butter without paying a fine.

Because of this special dispensation, stollen became known as the ‘food of kings’. One year, bakers in Dresden (the main city in Saxony) worked together to make an 18-kilogram (40-pound) stollen that they carried through the streets to the palace. In 1730, stollen fan Prince Augustus asked Dresden’s bakers to make one fit for a king. A massive 3,600 eggs and 1,000 kilograms (2,200 pounds) of flour went into the project, which eventually resulted in a stupendous 1,800-kilogram (4,000-pound) dessert.

Even in the 21st century, Dresden, the main city of Saxony, is place to go for the stollen to beat all other stollens. Only 150 Dresden bakers are permitted to put the special King Augustus II seal on their products, which are then sold at the Christmas market. To double down on the stollen fun, visit Dresden on the second weekend in Advent for the Dresdener Stollenfest, a celebration of all things relating to the cake. Guten Appetit!