A Brief History of Kölsch, the Official Beer of Cologne 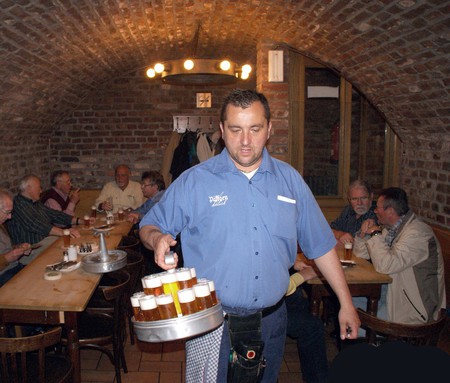 Beer in Germany is serious business. Every region has its own type, and arguments about which one is the better one have gone on since the first drop, and it shows no signs of being resolved anytime soon. Really, that is half the fun. Real Cologners would rather die than touch a drop of Altbier from Düsseldorf, and vice versa.

Given how much pride Cologners take in their local beer, it would seem logical that it has always been so. Alas, it has not. Though beer-making has a long tradition in Germany, the term Kölsch, which is also the name of the dialect spoken in Cologne, didn’t appear until 1918. The beer was lighter than what people were used to in Germany at the time, and it didn’t become popular until the 1960s, with 50 million litres produced in 1960. Approximately 20 years later, that number climbed to 370 million litres, and in the past decade, output has averaged 240 million litres. 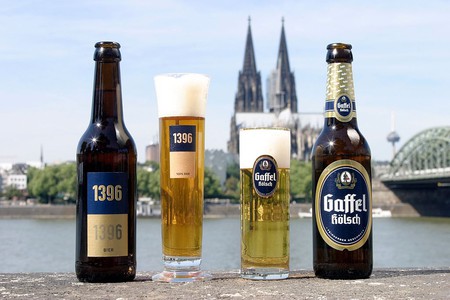 Despite the decline in volume, there are still 12 breweries that produce Kölsch, now a protected geographical indication such as Champagne or Burgundy. The most popular are Früh, Gaffel, Reissdorf and Kölner Verband. Mühlen-Kölsch, with the windmill on the label, is a smaller but well-loved brand.

For locals, Kölsch is more than just a beer. It represents a certain attitude to life and is an important part of coming together with friends or colleagues at the end of the work day. Rheinlanders are proud of their easy, open and fun culture and need little reason to head to the kneipe for a beer or two and a chat.

Consumers must drink Kölsch fresh, straight from the keg, and since it only keeps for three months, the beer is made in small batches. It is served that way too, in 200ml glasses called Stangen. In a kneipe or brauhaus, the waiter will bring another beer when the first glass is almost empty. The server will place a mark on the beer mat so that he knows how many the customer has had. If you don’t want another, simply put the mat on top of the glass once it gets down to the last mouthful or two.

The traditional accompaniment for a night out on the lash is Halver Hahn. It means half a chicken, but what arrives on the plate is rye bread and cheese with a dollop of sharp German mustard and raw onion rings. Just make sure your date has some too, and all will be well. 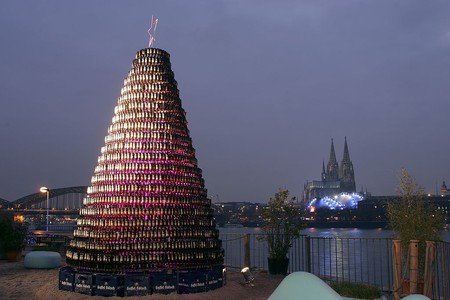