The Untold Story of Kaiserpfalz, Dusseldorf 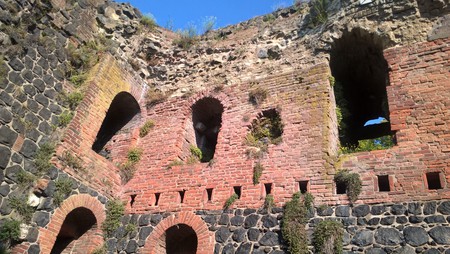 The historic city of Dusseldorf has proudly preserved relics of its past from centuries ago, which gives the city its unique character. One such beautiful relic is the Kaiserpfalz castle ruins in Kaiserswerth, Dusseldorf. Here is a brief history of the castle.

The earliest existence of this castle can be traced back to the 10th century, when it was built during the reign of Emperor Heinrich III on an island on the Rhine river. It was expanded into a three-storey castle by Holy Roman Emperor Friedrich I. Barbarossa and later by his son Henry VI between 1184 and 1193. As this island was a critical crossing point of the Rhine, the castle was heavily fortified against attacks and designed such that it offered uninterrupted views of both banks of the river and the trade routes. With time, because of silting of the river, the island merged with the land, and the castle came to be located on the east bank of the Rhine. Emperor Barbarossa never used this castle as a residence, but more as a base for his ruling.

The thick walls of the castle successfully held off several attacks and attempts of conquest over the Middle Ages. However, not for ever. Kaiserswerth, including the castle, was captured during the Cologne War in 1586. The castle was under Spanish occupation between 1589 to 1592. It was heavily damaged due to an accidental explosion in the ammunition storage room in 1656, following which it was reconstructed and its fortifications further strengthened. The town of Kaiserswerth was occupied by the French in 1701 and the Allies laid siege the next year. This led up to the mighty Spanish War of Succession. During the war, the entire town of Kaiserswerth was reduced to rubble and the castle almost entirely flattened. The town was lovingly restored over the years for over two centuries with stones collected from the ruins of the castle. The 20th century saw the first attempts at restoring the castle itself. 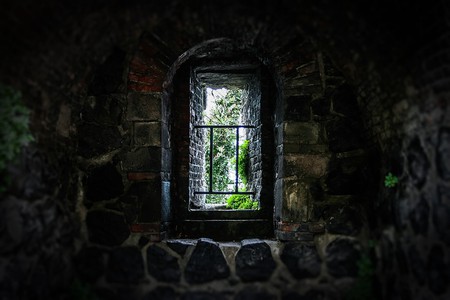 Much of Kaiserpfalz is now in ruins, but its amazingly thick walls still stand proudly and the romance of the place is palpable. Nestled in lush green surroundings with gorgeous views of the Rhine, these castle ruins beckon visitors to explore its historic nooks and corners. As an added bonus, the ruins are situated in one of the most beautiful parts of Dusseldorf, Kaiserswerth, known for its picturesque lanes, charming baroque buildings and quaint cafes. Visitors often combine a tour of the Kaiserpfalz with a cruise on the Rhine. Kaiserpfalz remains open from 9 am to 6 pm every day in summer and closed in winter. Entry to the Kaiserpfalz is free. 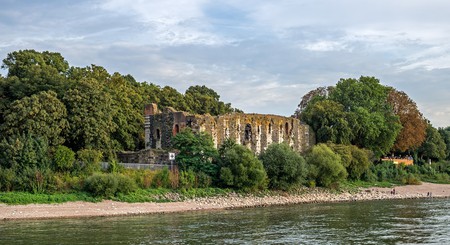