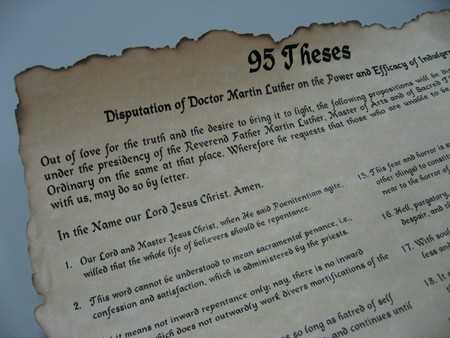 Every year on October 31, five German states come together to celebrate Reformation Day. With the country’s tumultuous and nuanced history, one might be wondering just which reformative event is being celebrated, or why only about a third of the country is celebrating. Intended to answer these questions and more, here is a brief history of Germany’s Reformation Day. 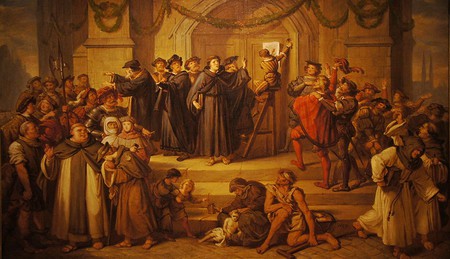 Reformation Day is an official public holiday observing the Protestant Reformation, as enacted by the German monk, Martin Luther. Specifically, Germany’s Reformation Day marks the anniversary of the day when he nailed his famous 95 Theses to the door of the church in Wittenberg in 1517. He did so on the eve of All Saints Day, which falls on November 1st, because he knew that many people would be congregating at the church, and this ensured maximum visibility of his theses. Luther was predominantly interested in abolishing the sale of indulgences as a means of seeking absolution for sins. In Luther’s day, it was widely known that the money was used to fund renovations on St. Peter’s Basilica in Rome, which illustrates just how corrupt the practice of selling indulgences was. The 95 Theses, however, listed many other additional grievances that Luther harbored against the church.

This momentous event spawned significant changes for Germany and beyond, as Lutheranism and other Protestant factions began to emerge in opposition to the Catholic Church, which had indeed grown rather tyrannical at the time that these protests were made. While Luther wrote the theses in Latin, it was promptly translated into German and widely distributed across the country and beyond. The period of Reformation played out in significant social, historical, and religious ways over the subsequent century, until 1648. Multiple Protestant sects emerged from the wave of reformation, and the role of the church in mediating God’s presence in the lives of the people was radically scrutinized. 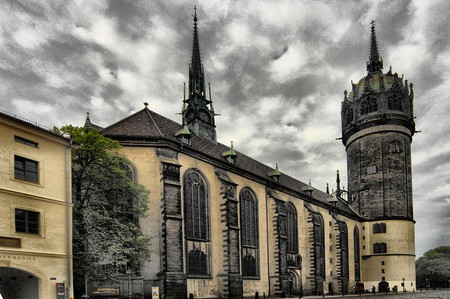 Beginning as early as 1567, Protestant churches of various orders have held a day each fall in commemoration of the posting of the 95 Theses. In contemporary times, however, Reformation Day is observed on October 31st in most places. Each year, the holiday is celebrated in at the state level in Germany. Five states, which include Brandenburg, Saxony, Mecklenburg-Western Pomerania, Thuringia, and Saxony-Anhalt, are the places in the country where Reformation Day is an official holiday. These five states are historically Protestant and saw major shifts in social and cultural life following the 95 Theses.

Today, these regions honor Reformation Day by giving people a holiday from work and school. Additionally, public institutions like banks and post offices are also shut in observance of this day. In these places and elsewhere, Lutheran and Reformed Churches often hold special commemorative services. The symbolic color used to represent the day is red, in allusion to the Holy Spirit. The hymn, A Mighty Fortress is our God is commonly sung in homage to Luther who wrote it. Plenty of breads, cakes, and sweet treats are also traditionally consumed on this day in Luther’s honor. 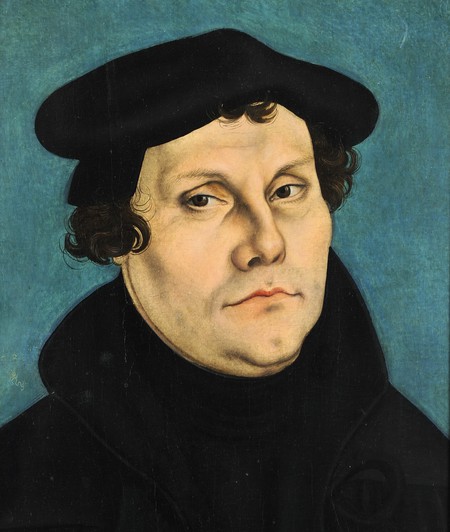 Martin Luther | © Lucas Cranach the Elder
Give us feedback