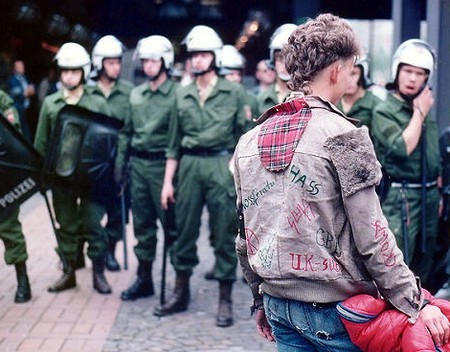 Germany’s punk subculture emerged in the 1970s, shortly after it did in places like England and the United States. With countercultural convictions at the heart of the genre as they were in the places of its origins, the German punk rock scene has rendered itself distinct in many ways. 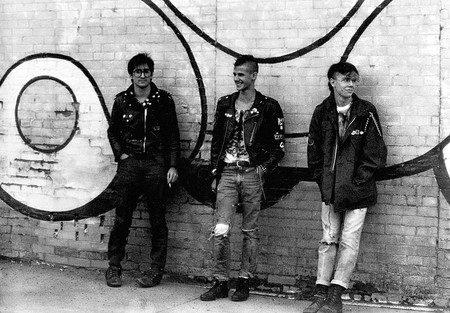 The genre became popular when music by British artists like The Clash and the Sex Pistols made their way to West Germany. Their sounds influenced those of many bands that were subsequently formed, and most cite these groups as their inspiration. In West Berlin, the band called PVC rose to prominence while Hamburg bore the Great White Idiot and Big Balls and Düsseldorf saw the emergence of Male. The extent of the proliferation of British punk is best illustrated by the fact that these artists sometimes even directly translated their English lyrics into German and used them as their own.

Even though the early days of German punk were heavily intertwined with the work of their British neighbors, by the late ’70s and ’80s, the music began to take on a life of its own with the growth of what is often termed Neue Deutsche Welle (New Wave German) or post-punk, particularly facilitated by Hamburg’s ZickZack Records. At this point, the music could be described as experimental, featuring the use of synths and other trailblazing computerized effects.

At this time, punk bands like Fehlfarben and Nina Hagen Band from Hamburg were all the rage. In the 1970s, Berlin’s notoriously leftist alternative Kreuzberg district became a haven for punks. Bowie and Iggy Pop also made brief, but momentous appearances here. 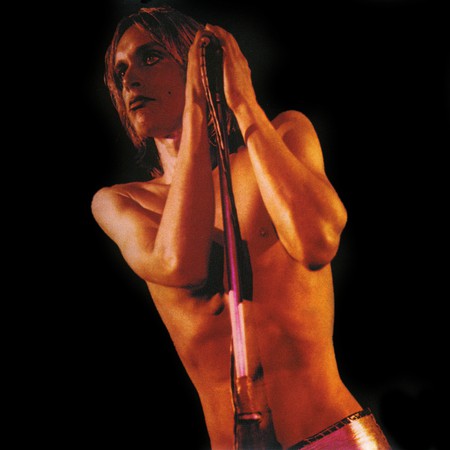 By the time the 1980s rolled around, punk music was a huge deal in West Germany. Deutschpunk, which is characterized by simple lyrics, quick tempos, and leftist messages, was particularly prominent. This genre arose as a counter to the various events of the Cold War. Slime was one of the biggest bands at the time, and several of their songs were banned in West Germany for their promotion of using violence against the state.

Slime, amongst many other bands at this time, came out of Hamburg, but West Berlin, Stuttgart, Düsseldorf, and elsewhere in Germany also had thriving punk music scenes. In fact, Die Ärzte from West Berlin and Die Toten Hosen out of Düsseldorf remain some of the most well-known German punk bands to this day. 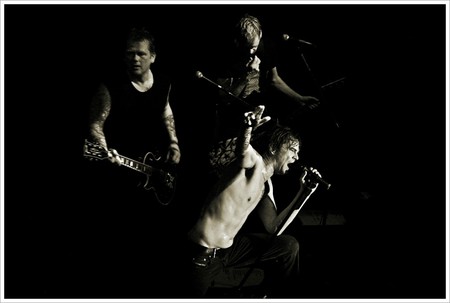 By the mid-1980s, Deutschpunk phased out of popularity, and ‘fun punk’ was en vogue. It maintained the same alternative spirit, but was markedly less political. Bremen, Abstürzende Brieftauben, and Die Ärtze are notable members of this subgenre. Naturally, the more hardcore punk scene was heavily denigrated in this shift, but the music did reach wider audiences.

In the East, punk music was heavily sanctioned for its obvious subversion to state control. Still, there were some underground goings on. Schleim-Kleim, an East German band, even transcended the Iron Curtain, rising to marked popularity in the West. In the final years of the GDR, the government did permit certain groups to perform openly, but naturally, these were also criticized within the punk scene for subordinating to the government. Some even claimed that the rising prominence of punk music, particularly its anti-authoritarian messages helped to mobilize people to protest and rebel against the GDR, ultimately contributing to the fall of the Wall. 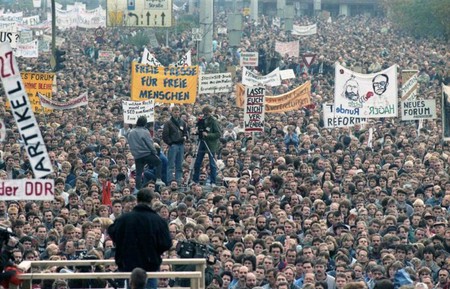 Following the fall of the Wall, however, the punk music scene changed substantially in the face of the emerging presence of neo-Nazi groups around the country. It caused a resurgence in more political punk music, and many famous bands including Slime got back together to release politically charged albums in opposition to the rise of Nazism. This also provided a platform for the popularization of East German punk musicians.

Even if its heyday is over, the legacy of German punk can still be felt today. Many festivals are devoted to the genre, and the grungy fashion aesthetic has continued to permeate street style and the underground clubbing scenes in cities like Berlin. Their radical leftist messages can also be found in the left leaning German capital and in Hamburg’s street art culture. 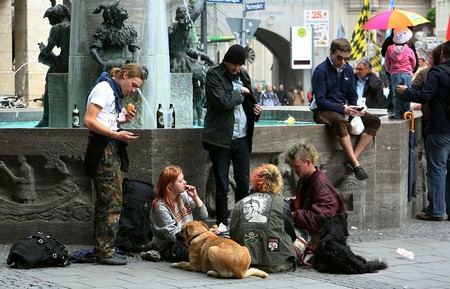