Wood-fired ovens, crispy thin crust, crème fraîche, bacon and onions, it’s no wonder Flammkuchen is one of Germany’s most popular menu items. It’s pizza, but better. Here’s all you need to know.

Like most of Germany’s traditional food, Flammkuchen has simple origins.  While French chefs were busy preparing food to impress kings, German food was aimed at filling the hungry stomachs of tired workers.  In the years when bakers would bake with wood-fired ovens, they would test the temperature with a small bit of bread. When it cooked properly, then it was time to get started on the day’s batch.

Inevitably, one day a baker got tired of eating plain bread and put some crème fraîche, bacon and onions on it before putting it in the oven. Et voilà. 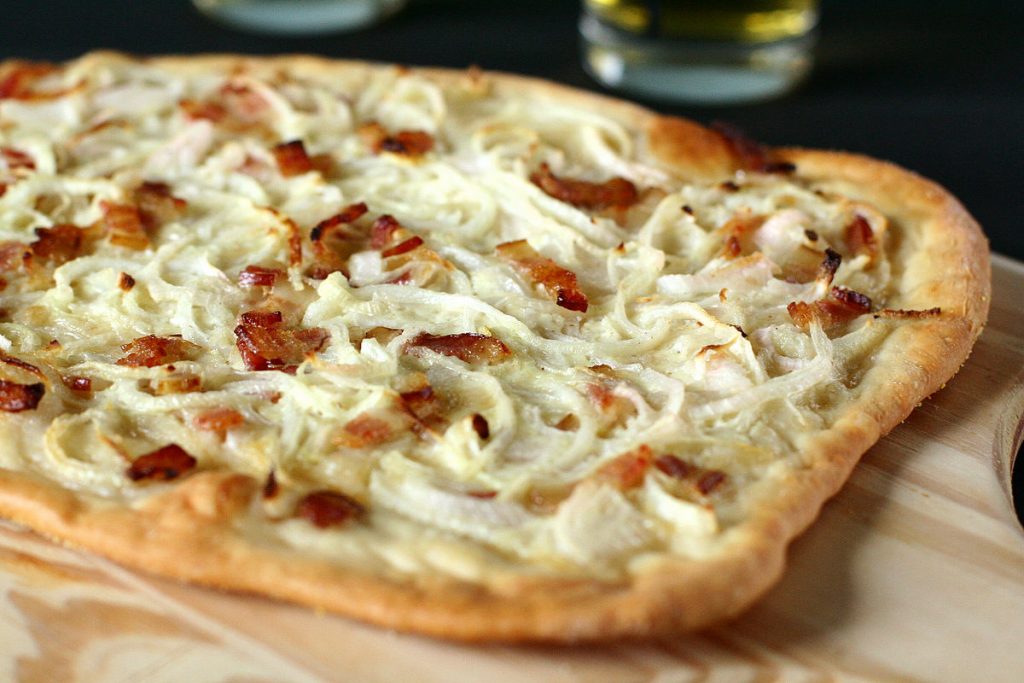 Flammkuchen originated in the Alsace region, which, after years of flip-flopping between Germany and France is now geographically, if not culturally, within French borders. The neighbouring German state, Saarland, also now claims Flammkuchen as its own invention.  The confusion is not limited to food.  The Alsatian dog, German Shepherd to Americans, is also originally from Alsace.

Geopolitics are complicated.  Flammkuchen is not.

Served piping hot from an oven set as high as it will go, it works best as a light meal for a biggish group of people. Sitting on a patio after a summer hike with good friends, enjoying some nice German white wine, by a kitchen that keeps the Flammkuchen coming is a pleasure difficult to beat. 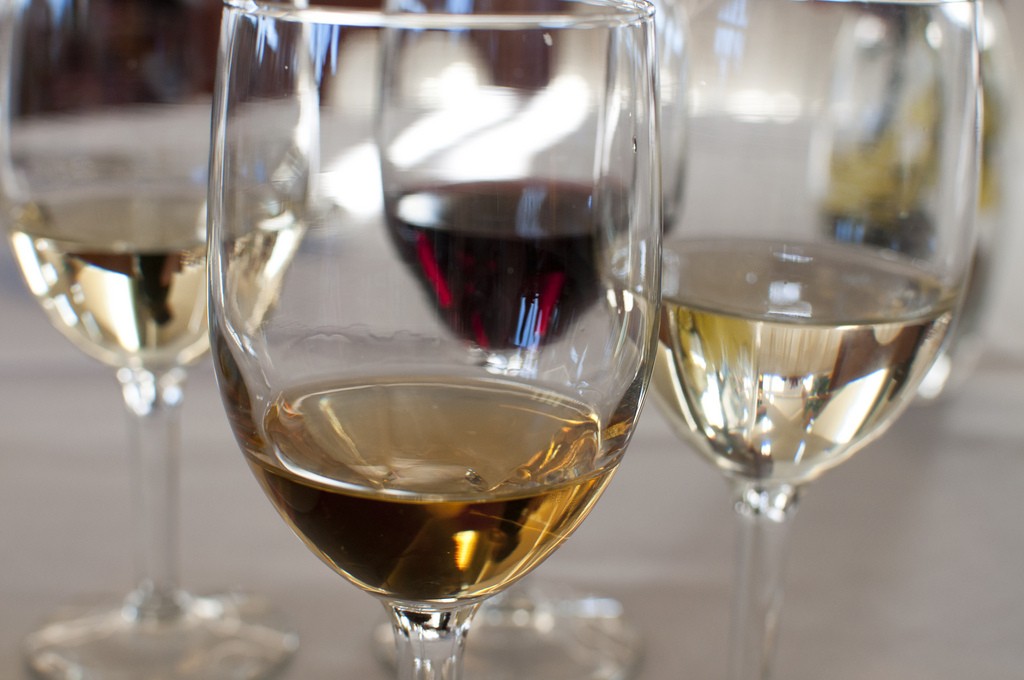 Different toppings are an option and more modern food establishments may try a deconstructed version, but the classic bacon, creme fraîche and onion is really the perfect combination. Anything else veers too close to pizza.  While there are times when cheesy, meaty gooeyness is just what the doctor ordered, the allure of Flammkuchen is that it contains just enough of everything and not a gram more.

When cooking Flammkuchen at home, the limiting factor is the oven.  High temperature is important in order to get the crispiness in the crust.  If the oven can get to 250C or 500F, and the pizza stone or tray is heated in the oven before the Flammkuchen is put in, then alles in Ordnung.

German food blogger Nicole Stich has an excellent recipe on her site Delicious Days.  If time is short, the rye flour is not strictly necessary, though it does help add a bit of crunch to the crust. All it takes is two hours (most of which is spent letting the dough rise) for Flammkuchen to become tonight’s dinner.  Yum.